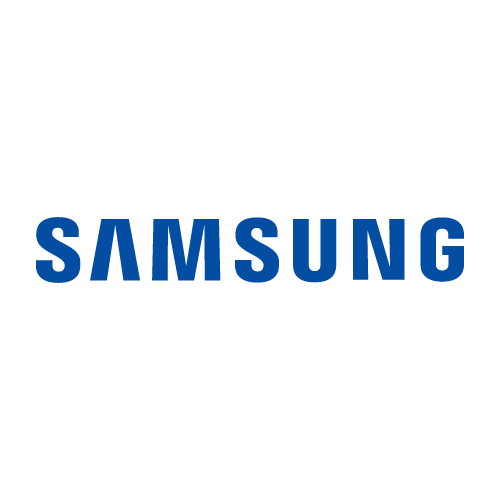 Are you part of the gym-going, coffee-drinking community that has sparked an athleisure brand to be a lifestyle staple?

We’ve all picked up bits and pieces from our travels to bring home, like a mug, or a magnet. But what about an entire lifestyle?

Three Irish lads did just that after spending time in LA, Canada and Australia, and turned that lifestyle into a thriving, award-winning business.

Gym+Coffee, the athleisure brand you may have come across on Instagram, is more than hoodies and leggings; it’s a way of life. 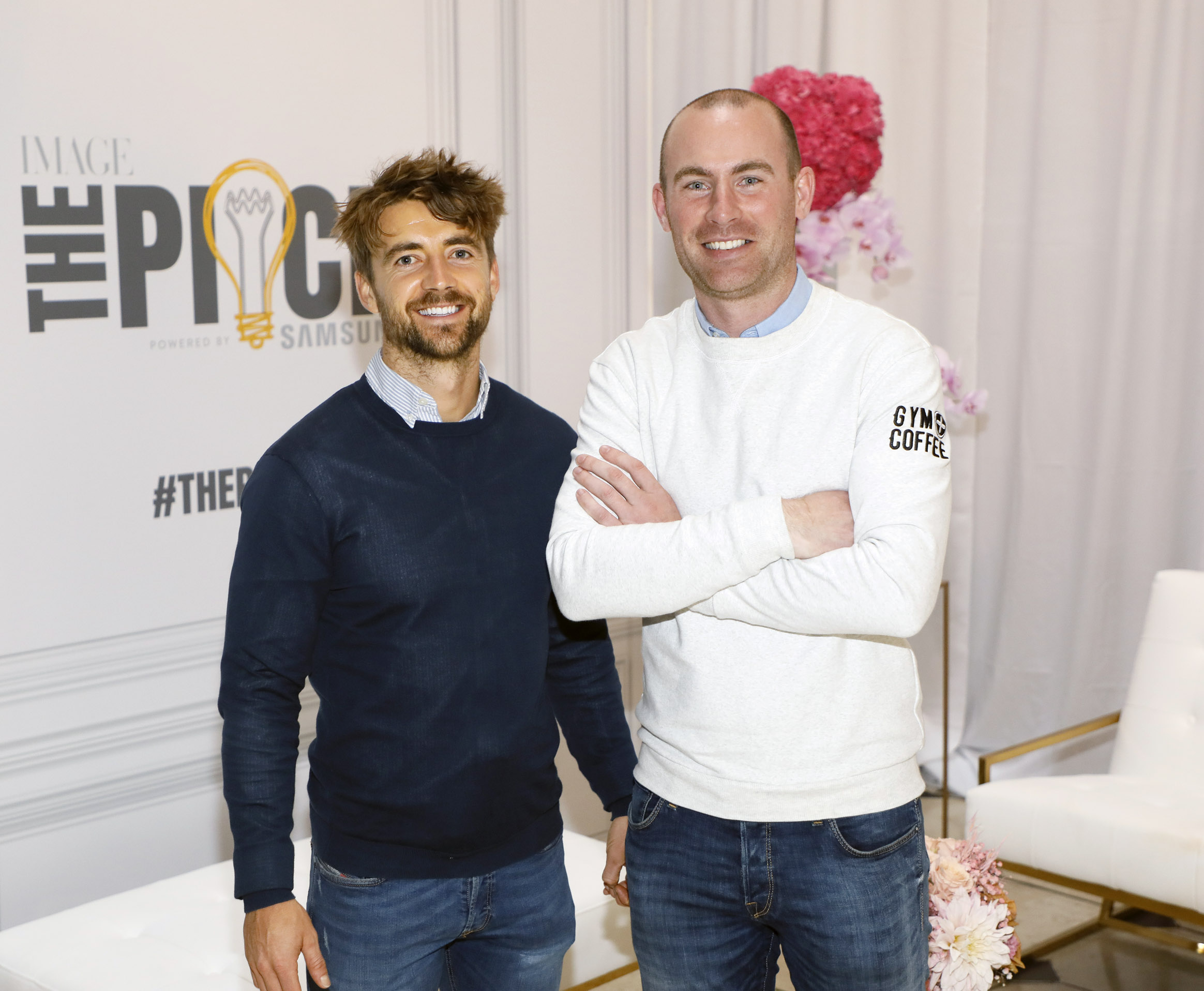 Inspired by the activity of going to the gym, and grabbing a coffee afterwards, Diarmuid McSweeney, Niall Horgan and Karl Swaine wanted to speak to Irish people who were socialising in spaces other than the pub – people who joined up for runs and hikes, and who interacted at a coffee shop after.

As Diarmuid tells image.ie: ‘It feels a bit if you’re in the know, you’re in the know. Customers often tell us if they’re walking down the street in a Gym+Coffee hoodie and another person walks by wearing one you give each other a bit of a nod.’

It’s this community that Diarmuid credits with making the Gym+Coffee brand a success, that has seen it grow from three lads ‘selling hoodies on Instagram’, into a successful online store, shipping worldwide, with three franchises around Ireland. 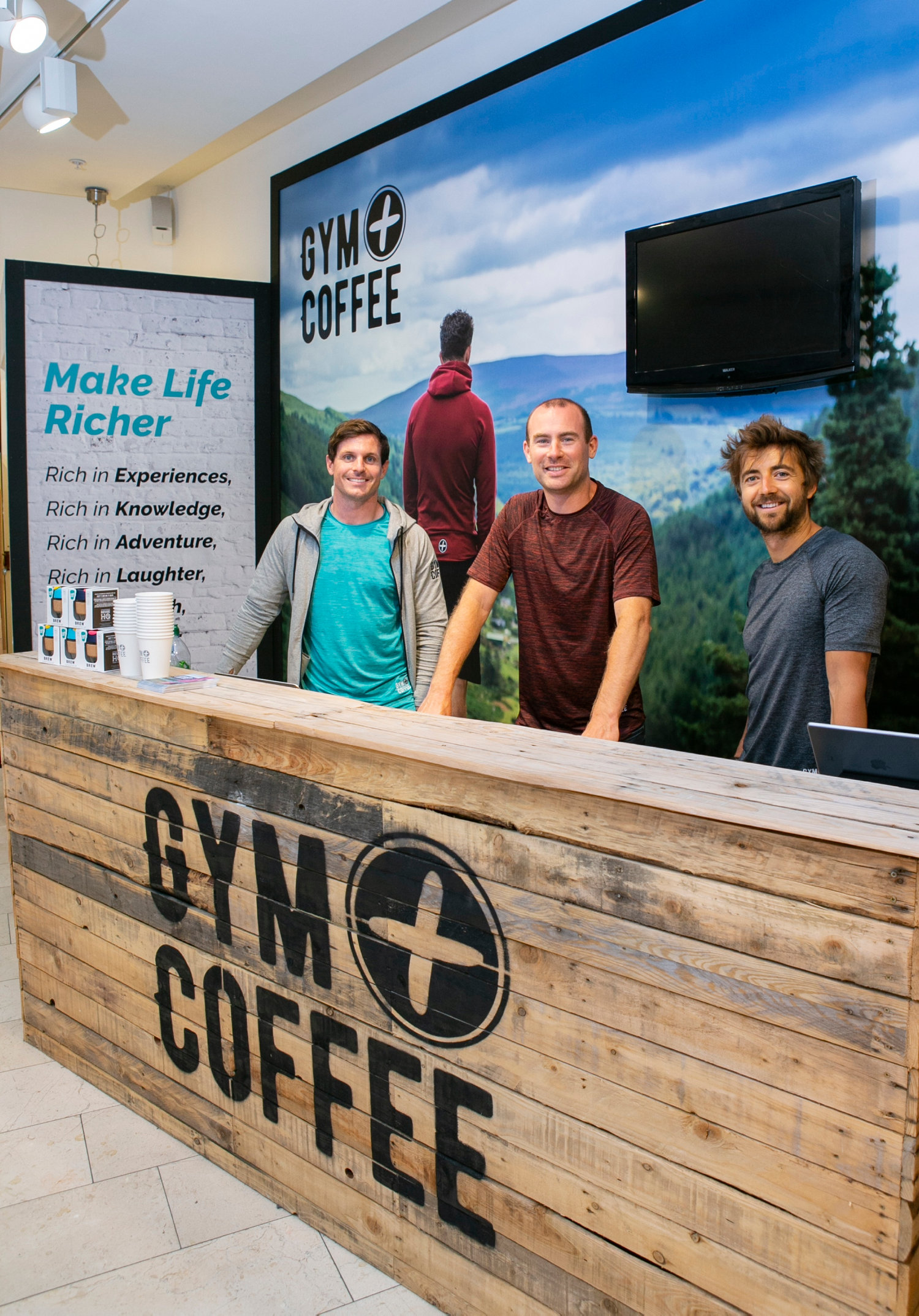 Gym+Coffee also won The Pitch, a nationwide competition run by IMAGE Media in partnership with Samsung, in September of this year. The prize was €100,000 worth of game-changing Samsung technology for their business, a multi-platform media package from IMAGE, and a social media marketing masterclass from Teneo Ireland.

Diarmuid says the win still hasn’t sunk in for the Gym+Coffee team. ‘It’s still kind of sinking in because the prize was so fantastic,’ he tells image.ie.

‘It was such a good support for a business at our stage. It is going to impact massively. We’re able now to really add to our customer experience in store particularly, because at the moment we are funding everything ourselves, and trying to make the stores as modern and innovative as possible. To have a partner like Samsung on board, you’re now looking at a totally different level of innovation and technology that we can bring to the customer’s experience. 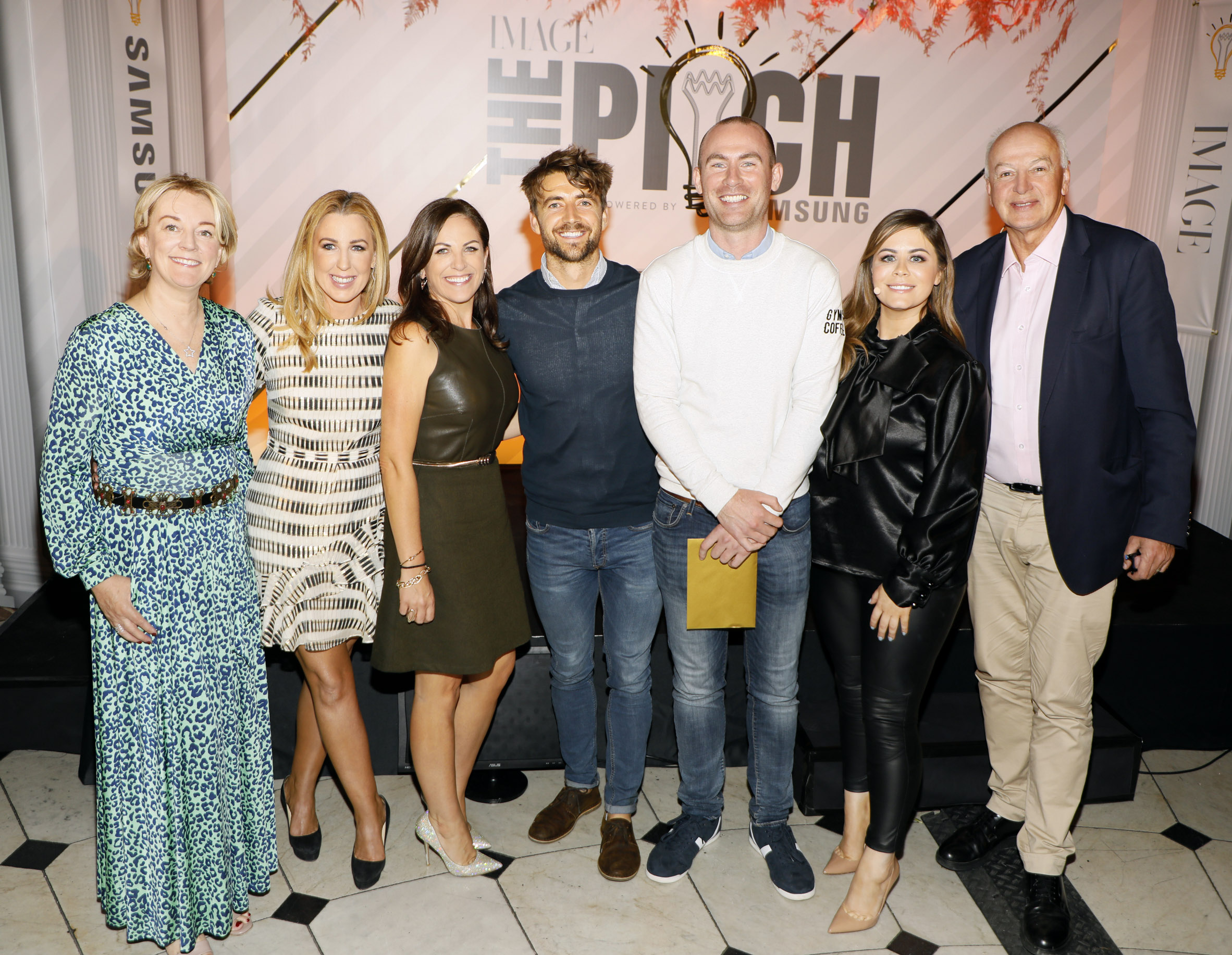 ‘And that’s not even counting what we can do in our office for our own team, improving productivity and improving the technology that we’re all working with. At the end of the day we’re a massively online business, so to have this computer hardware, and phones for social media, and photography – it’s hard to get our heads around at the moment!

And grow they have. Gym+Coffee started out as a conversation between three friends, about how they could bring the lifestyles they enjoyed so much during their travels back home to Ireland. At the crux of this way of living, Diarmuid, Niall and Karl all identified the humble hoodie as a staple. And so Gym+Coffee hoodies were born, in grey and pink colourways to begin with. 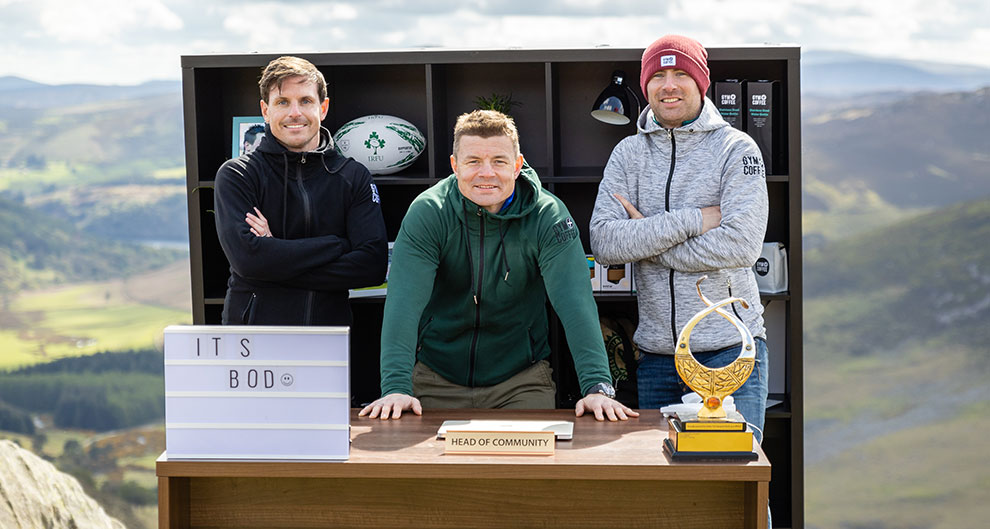 Niall Horgan and Diarmuid McSweeney with Brian O’Driscoll, who is Head of Community with Gym+Coffee. Photo: Gym+Coffee

‘When we sat down at the start, we didn’t have a proper business plan. I find a lot of the time if you put too many obstacles in the way it won’t get up and go,’ said Diarmuid.

‘About six months before we launched in January 2017, we had the first conversation about what would become Gym+Coffee. What we identified first was a brand style and a name that we were very passionate about. It was inspired by a culture from Australia, California, Canada, places we had all lived.

‘When we came back to Ireland, we wanted to promote that lifestyle and culture here. The name and the passion came first. None of us have a clothing background, but when we objectively looked at “what is the signature piece of that lifestyle?” It’s a hoodie. And broader than that, it’s athleisure.’ 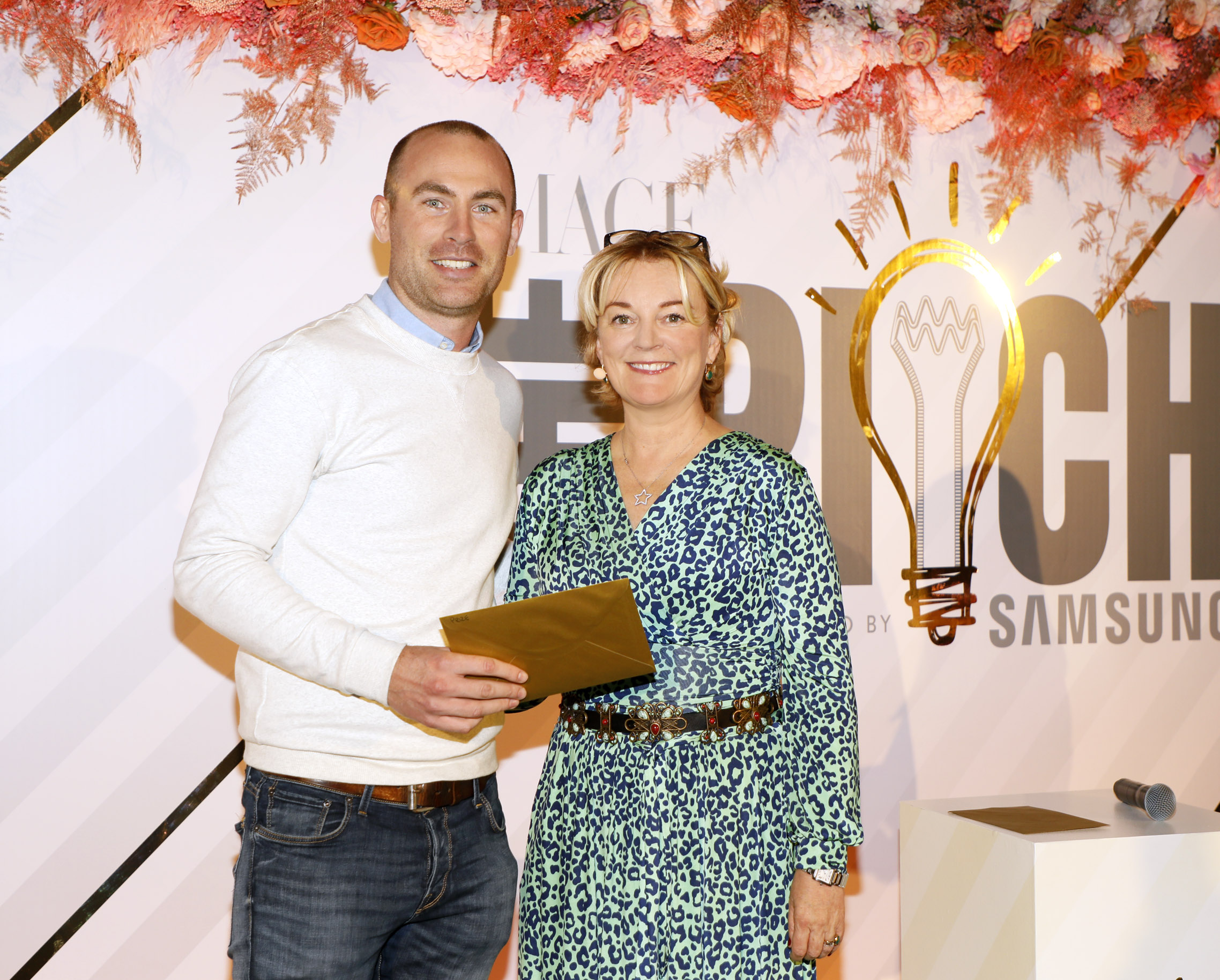 All three men were working full-time in steady jobs in tech and marketing. It wasn’t until Gym+Coffee was up and running a year that they gave up their day jobs to pursue it full-time.

‘The first year we did it part-time because we were enjoying it so much that we didn’t want to put pressure on the business. Definitely there was more stress, it was harder work, because you’re doing it basically in the evening time, but it gave the brand that room to breathe. Our first year we focused on getting to launch, and we launched with a very small range of products in January 2017.’

The brand relied on social media for that first year, and with Diarmuid’s marketing background, they were able to capitalise on the gym and coffee core audience, which would steadily grow into the Gym+Coffee community we know today.

Scroll down for video

‘Social media is still in the brand’s DNA. It’s where customers can engage with us. We respond to every message that we get. It doesn’t cost anything, we’re just communicating how passionate we are. It was also important in the early days when we were showing how different we are to the bigger brands, and that has been a pillar to our success. If you send Nike a DM on Instagram, they’re not going to get back to you, whereas if you send us a DM, we’ll have the chats with you.’

Does Gym+Coffee have its sights set on getting to Nike levels of global success?

‘We had really good growth in the UK last year,’ says Diarmuid, ‘the start of this year was going quite well, and we had plans for a UK store in Q4 of this year. But we decided to push it back until early next year. We want the dust to settle on Brexit.

‘Opening a store in Limerick and opening a store in Swords would have taken the focus off [the UK] anyway, but it’s hard to know how much to push in the UK market when at this point we don’t know what’s going to happen November 1.

‘Without a doubt, no matter what happens with Brexit, the UK will be a massive market for us in any future that we have. We’re very excited about going to London, we already had different store options there and in Manchester as well. We’ve always had customers from the US too.

‘Most of the sales internationally would come from the UK and the US, and we always get a lot of interest from Australia – a lot of Aussies would recognise the lifestyle we promote. For us to ship there at the moment it’s quite expensive, we want to give Australia a proper go when the time is right. The UK and US are our big ones.

‘We are a community brand. People have every opportunity to interact with us, on where we do our next events, who we talk about in our marketing, and people can interact with us and determine what products we bring out next, or what colour. You have to engage with people nowadays because that’s the way the world has gone.

‘I don’t think people like the cold-faced responses that other players can give, but also we have to play to our strength – we are a smaller team. When we grow bigger [engaging with customers one-to-one] is going to be harder, but we like to think that’s at the heart of the brand, so for us to walk away from that would be a big mistake, it wouldn’t be who we are anymore as a brand.’

Diarmuid now has a team of four in the marketing department, and the brand employs 32 people. As of September 28, there are three retail stores in Dublin and Limerick, and a fourth will open in Swords in Dublin in November.

‘Most people would advise not going into business with your mates, but, for us it’s been the complete opposite,’ says Diarmuid.

‘Three is the magic number! There are voting rights when you have to make a decision, if it’s two against one and you’re the one, you can’t really argue.

‘I’ve a huge amount of respect for people who do it on their own, I couldn’t imagine starting a business on my own. You rely on other people’s energy and everybody bounces off each other. We’ve created a tight team around us. It’s a good atmosphere and everyone is very passionate about what we’re doing. You can’t complain!’

For more information on The Pitch, powered by Samsung, click here.

‘We just want visibility on the street and access to our shop.’ A Dublin shop speaks out about the issues outdoor dining has caused them

Gym leggings that are comfy, functional, and have pockets – the trifecta

‘The biggest challenge we face is taking conflict home’: What it’s like to work with your partner