NEW YORK, NY - OCTOBER 17: Gwen Stefani debuts her newest single "Used To Love You" during her performance presented by MasterCard exclusively for its cardholders at Hammerstein Ballroom at the Manhattan Center on October 17, 2015 in New York City. (Photo by Christopher Polk/Getty Images for MasterCard)

NEW YORK, NY - OCTOBER 17: Gwen Stefani debuts her newest single "Used To Love You" during her performance presented by MasterCard exclusively for its cardholders at Hammerstein Ballroom at the Manhattan Center on October 17, 2015 in New York City. (Photo by Christopher Polk/Getty Images for MasterCard)

Gwen Stefani is having a very busy in tabloid headings terms latter half of 2015. A couple of weeks ago she announced she was divorcing rock musician Gavin Rossdale, with whom she has three sons and was married to for 13 years. Then she dropped a single Used To Love You, which everyone probably rightfully assumed was about that aforementioned sundering. And now she’s being romantically linked with another high-profile divorc?.

Stefani is now dating country music star Blake Shelton, and it’s so serious his publicist has confirmed the coupling. USA Today’reports that the duo met through their work as coaches on music show The Voice. 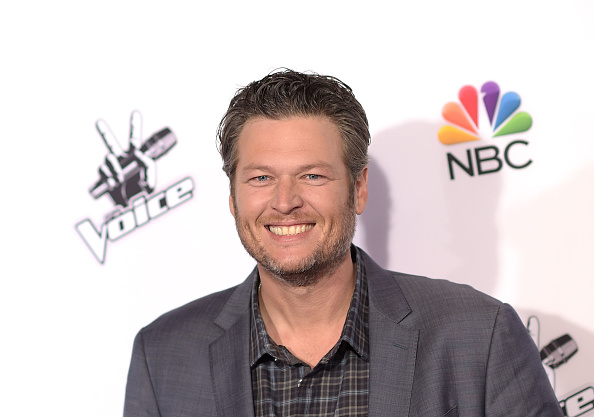 The reason celebrity world watchers are very excited about all this is because both Blake and Gwen are veterans of the Summer of Splits. Various famous couples called lawyers to call it quits this year, much to ‘shippers? sorrow. Bennifer Part II said adieu. Zayn was not sound to Perrie. Blake and Miranda Lambert announced they were going their separate ways in July after four years of official togetherness.

Blake and Gwen’s chemistry is something viewers of the show had picked up on, but it seems like dating is a recent development. We think it’s adorable that the queen of ska and our teenage dreams is dating a country music singer. They’re already dueting on the clip from The Tonight Show With Jimmy Fallon?