For those who are still on the fence about mindfulness meditation – and trust us when we say it’s a skill and not something that clicks in an instant, hence the initial frustration – new research has confirmed its physiological power. Hesitant at first, we’re slowly coming around to this age old tool; it’s taken us a while, and it requires daily practice, sometimes twice or three times, but now, when we tune out of the world and into ourselves, focusing only on our breath, we find our inner calm. The trick thereafter is to practice often enough so that this air of calm and presence will be with you at all times, not just while you are in the midst of meditating. Now, and this is sure to convert the naysayers, pain relief (be it emotional or physical) provided by effective meditation is now said to outweigh that of morphine. For the first time ever, mindfulness meditation is coming to the fore as ‘mechanistically distinct, producing pain relief above and beyond the analgesic effects.?

According to Tech Times, who are reporting on the new research, mindfulness meditation can, in fact, reduce emotional pain by a staggering 44%, and physical pain intensity by 27% proving that medication is not our only weapon against poor mental health or physical pain.

Lead by the Wake Forest Baptist Medical Center, their study focused on a group of 75 pain-free adults. Some were assigned to mindfulness meditation, some to placebo meditation, others to placebo analgesic cream and the rest to a control group. The team discovered that subjects who practiced mindfulness meditation had a 44 percent greater pain relief than placebo, which was later confirmed by brain scans. By then examining the brains of both those who had experienced mindfulness meditation and those who hadn’t, it became clear for the former group that their activity had created substantial patterns of activity relating in particular to pain management. They also examined the difference in pain ratings by introducing pain to the skin. For those who had experienced mindful meditation, their pain intensity was reduced by 27% while, on the other hand, the placebo cream and morphine reduced pain sensation by 11%. This took the researchers completely by surprise, with the study’s lead Dr. Fadel Zeidan admitting that they had expected some overlap in brain regions between the meditation group and the placebo group. 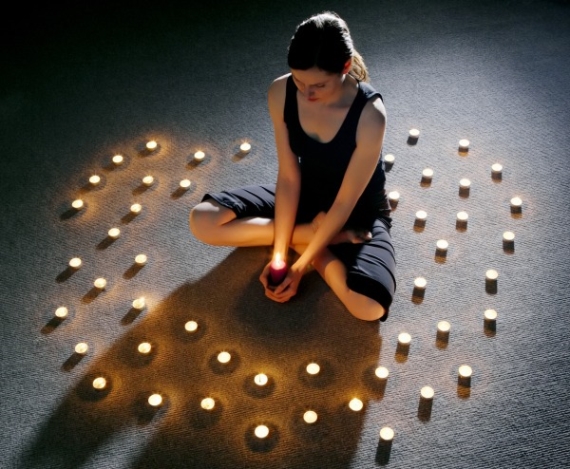 ?[The] findings from this study provide novel and objective evidence that mindfulness meditation reduces pain in a unique fashion,” says Zeidan.

After the introduction of pain on skin and brain scanning, the mindfulness meditation group reported that emotional pain was reduced by 44 percent and pain intensity by 27 percent. The placebo cream, on the other hand, slashed emotional pain by 13 percent and pain sensation by 11 percent. Add this to previous research that confirms how morphine decreased physical pain by only 22% (the Journal of Neuroscience), and it’s hard to argue with the power of mindfulness meditation.

So how does it work? Explained by Tech Times, this practice awakens the brain regions linked with the regulation of pain: the orbitofrontal and anterior cingulate cortex. Furthermore, it simultaneously deactivates the thalamus, which normally serves as a pathway that connects sensory pain to higher brain centres. In plain English, Zeidan explains that this deactivation simply puts a road block in front of pain signals (as we only feel pain in our brain).

Next on their agenda, is to carry out the same experiments on those already complaining of regular pain. Either way, we’ve now got even more reason to take 10 or 20 minutes each day for a bit of ‘ommmm’.