Grab your forks: These are Ireland’s coolest destination restaurants

Some of us are wedded to our favourite neighbourhood restaurant, spending every special occasion meal there, from birthdays to date nights and family affairs. Others closely watch social media, hoping to be the first to bag a table at the latest new restaurant opening. Then there are the more serious food lovers, the ones who think nothing of packing a bag and driving across four counties for dinner at a talented chef’s restaurant. Travelling overnight for one dinner may seem excessive, but it’s not a new phenomenon.

Ever since 1964, when Myrtle Allen turned her home, Ballymaloe House in East Cork, into a restaurant with her husband Ivan (adding guest bedrooms at a later date), food lovers have been making dining pilgrimages across Ireland. Nowhere else beats Ballymaloe’s historical achievement, but places like Neven Maguire’s family business, MacNean House in Cavan, and Máire and Paul Flynn’s The Tannery in Waterford deserve their celebrated status amongst gourmet travellers. Many more have joined this elite group since, with recent years heralding a new class of serious chefs whose exciting new restaurants are drawing diners from Ireland’s four provinces. Wondering if somewhere’s worth the road trip? Read on, then get booking. 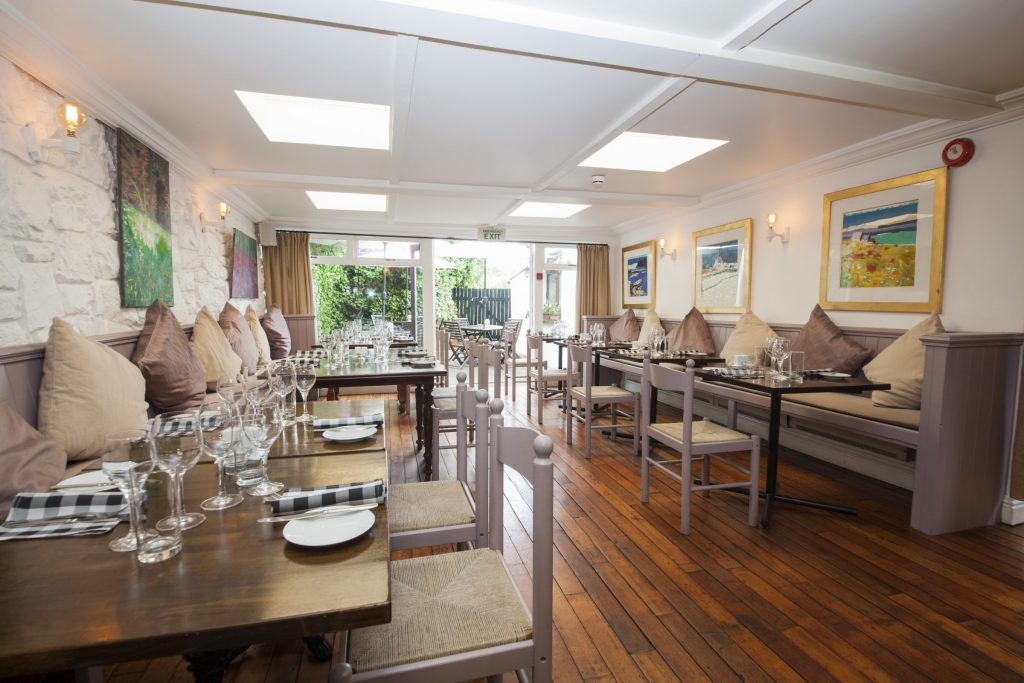 1826 ADARE, CO LIMERICK
Hugely admired within the hospitality fraternity, chef Wade Murphy and his wife Elaine opened this charming restaurant in the pretty village of Adare in 2013. Housed in a beautiful thatched cottage built by Lord Dunraven in 1826, the destination restaurant offers up fuss-free fine dining in a relaxed space. You’ll find benchmark favourites like Gubbeen chorizo, Ballyhoura Mountain Mushrooms, The Friendly Farmer chicken, St Tola goat’s curd and Longueville Cider mustard on Wade’s menus, which feature modern Irish cooking with classic roots. Signature dishes include warm chicken liver salad, with piccalilli, pickles and Bally greens and Wade’s Head to Tail free range pork tasting plate. With plans for 2018 including the addition of a wine garden with over 25 wines by the glass, and a very different lunch concept three days per week, fans who’ve visited before now have plenty of reasons to return. Wade’s Sunday late lunch is always a hit, with his roast promising a great way to finish your weekend, 1826adare.ie. 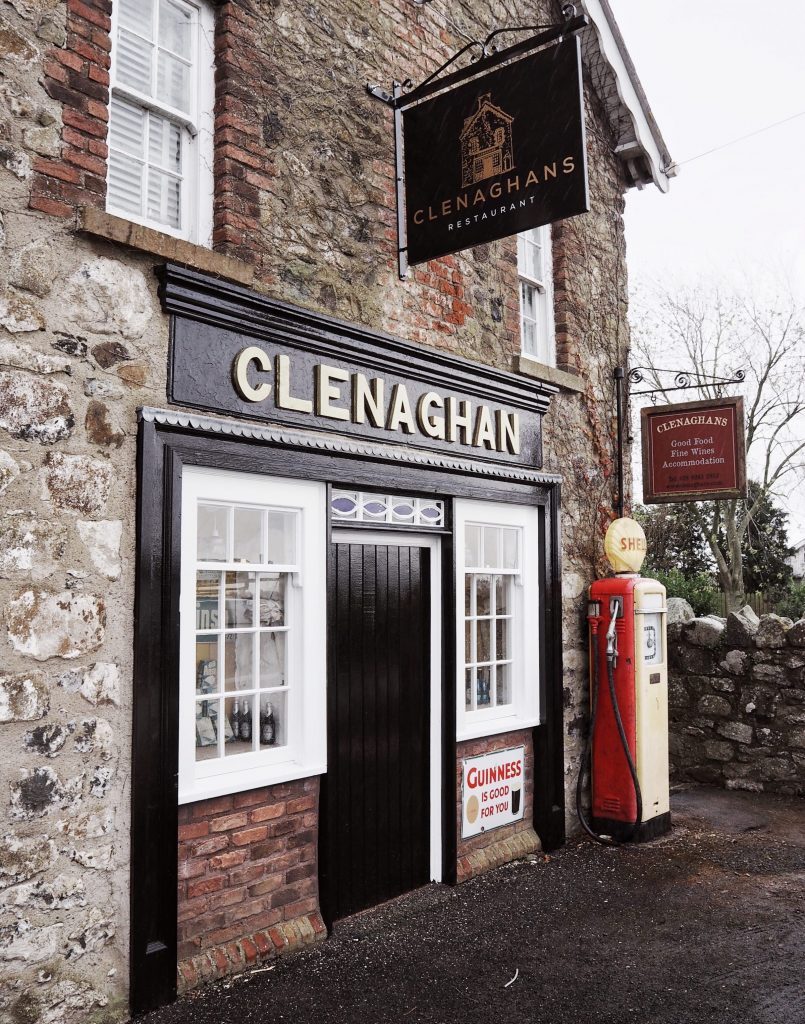 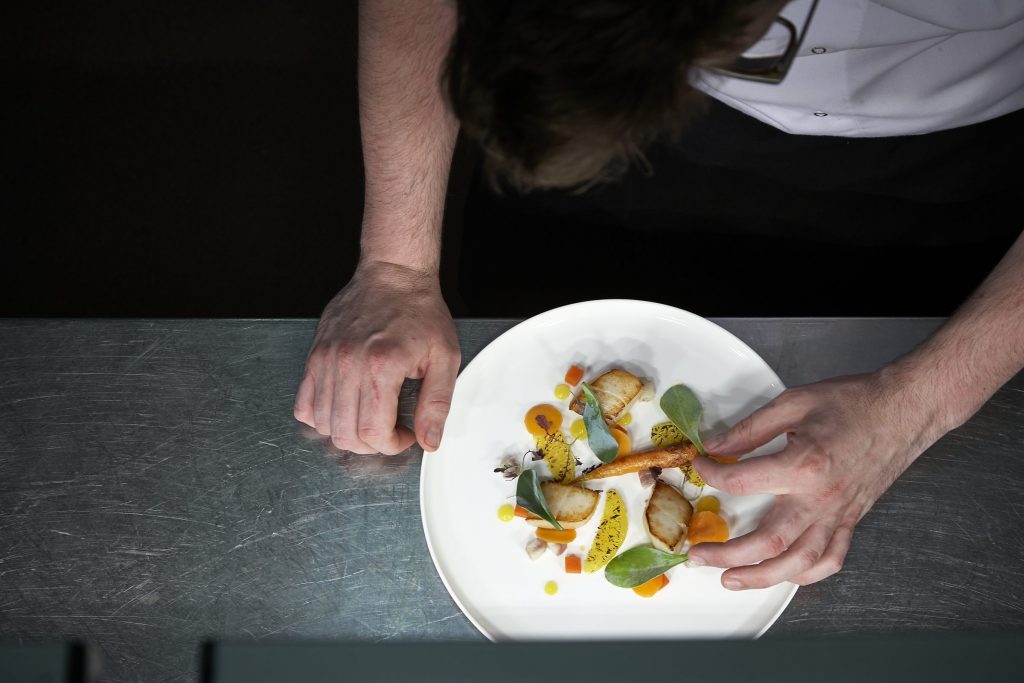 Ireland isn’t known for the calibre of its hotel dining rooms, with several notable exceptions, but Mount Juliet breaks the mould with The Lady Helen Restaurant. Awarded a Michelin star in 2014, which it’s since retained, the restaurant’s executive chef Ken Harker offers luxuriously designed menus that stay true to the quality seasonal ingredients, many of which he sources from the hotel’s kitchen garden and herb garden. Balancing flavours across a mix of the classics with modern influences, Ken had originally set out to be an architect (something we’re glad he didn’t pursue, but that has proved useful when constructing his elaborately plated dishes). The spacious and elegant dining room in the original manor house makes a perfect stage for the stellar cooking, which draws many off-duty chefs on their own food pilgrimage to dine here. With glossy service and a relaxed pace, this is just the kind of destination dining you’d hope to find at a landmark five-star hotel, mountjuliet.ie. 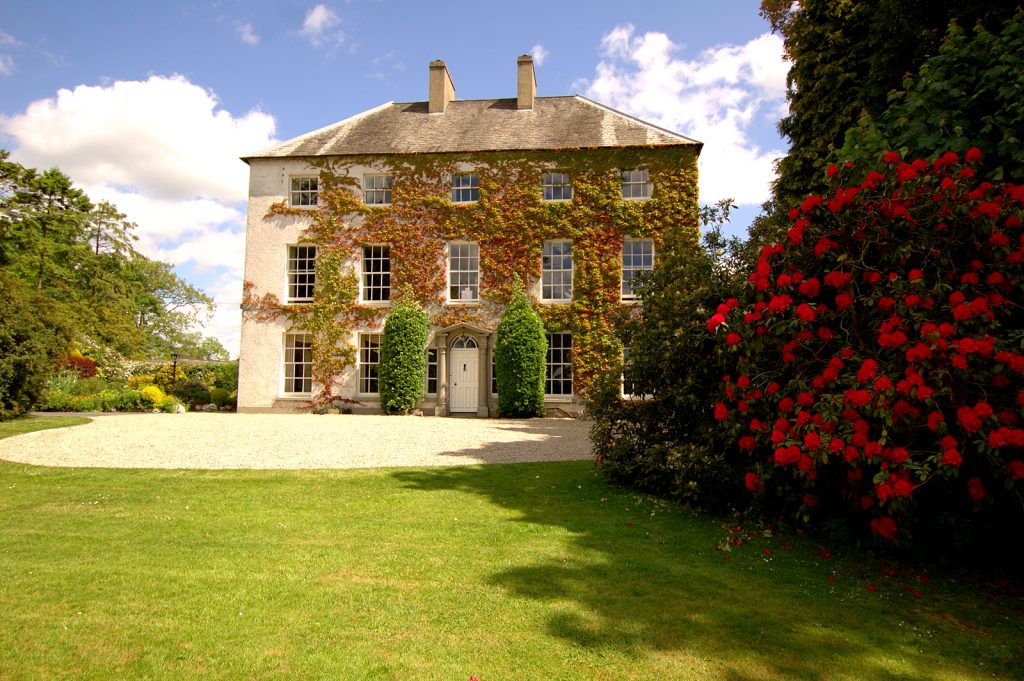 NEWFORGE HOUSE, CO ARMAGH
Open since 2005, Newforge House may be Ireland’s best-kept secret. Renovated by John Mathers and his wife Lou, the handsome period building was originally John’s family home. On its own, it would make a rather gorgeous Georgian guest house, but when you add in John’s seasonal Irish country house cooking (“Simple, but cooked with precision,” he explains) it becomes something extra special. The five-star experience includes warm hospitality, spacious rooms and uninterrupted views of the gardens and countryside. John’s daily changing menu features local artisan produce such as Himalayan salt dry-aged beef from Hannan Meats, organic Glenarm salmon, Young Buck cheese, and leaf tea from Suki Tea, while an extensive drinks list features local ales, ciders and distillations, like RubyBlue Vodka and Shortcross Gin. “We have a small orchard which provides fruits for desserts, chutneys and preserves, and is home to our friendly chickens that lay wonderful eggs for breakfast. Homegrown soft fruit and vegetables also feature in our dinner menu.” It’s a food lover’s dream, and may just become your favourite gourmet bolthole, newforgehouse.com. 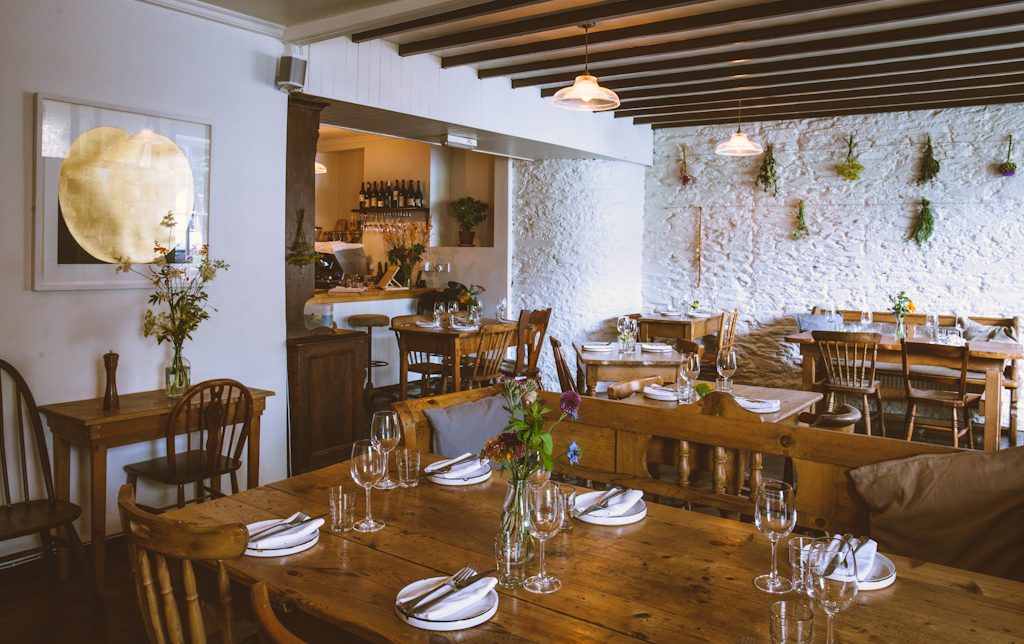 PILGRIM’S, CO CORK
Pilgrim’s opened its doors in the West Cork village of Rosscarbery in the summer of 2015. It wasn’t long before the secret got out about Mark Jennings’ delicious food, drawing diners from far beyond Cork. Mark describes his colourful food as, “Pure, clean and full of vitality… almost totally made from local West Cork ingredients grown by small producers. It’s the kind of food that’s ideal for sharing among the table.” His surprising menus are short and change regularly, with spring and early summer menus expected to feature treats like local organic asparagus, heritage tomatoes, courgette flowers and wild ingredients grown in the area. Two menu staples include Mark’s oak smoked potatoes with wild garlic mayo and “tatsuta age”, a Japanese-style fried chicken with ponzu dip. The mood in the dining room, run by Mark’s partner, Sadie Pearce, is suitably chilled, and tables are hotly contested. Special dinners and pop-ups are planned for 2018, with Pilgrim’s reopening on March 14 after its annual winter break, pilgrims.ie. 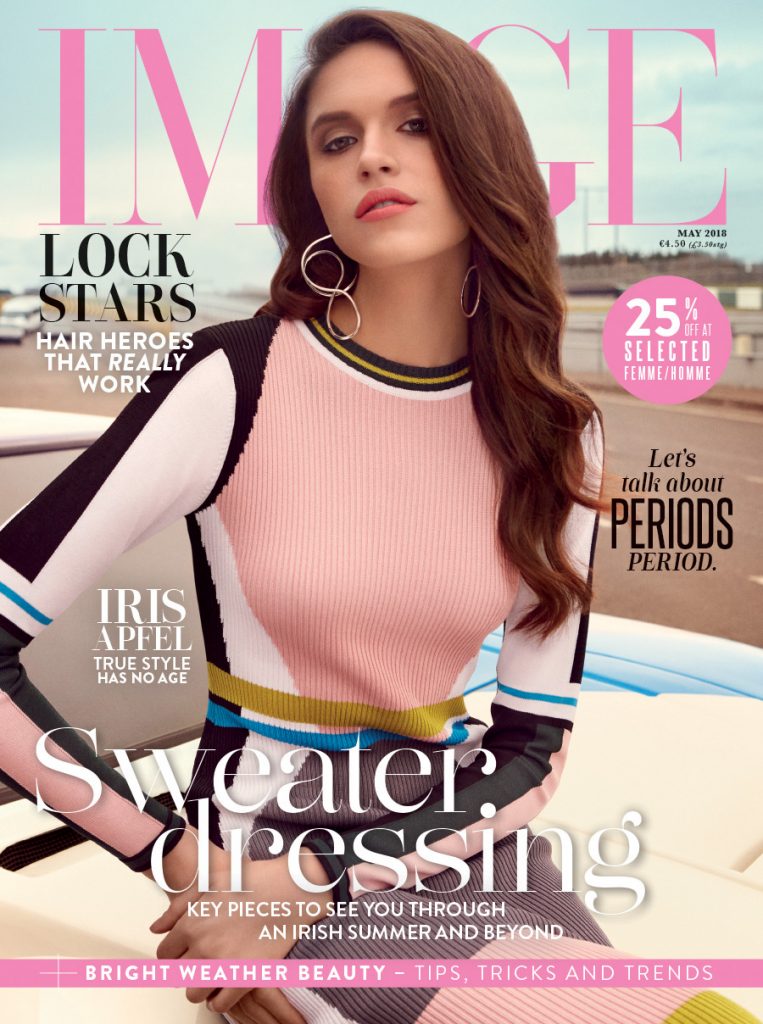 What to make tonight: a 15-minute vegan korma with the contents of your kitchen cupboard