Gourmet Glitz & Glamour At The Westbury

I had been at the first instance of this restaurant, under the Wilde name, when chef John Wood consulted and drew up a menu that focussed on Irish beef. It was a cracking menu, and the room shone like a diamond, sadly the punters didn’t give it the love it deserved and Wilde floundered for a while before quietly fizzling out.

The new iteration is as dazzlingly laid out, with 1930s flourishes that give an al fresco feel to this indoors space. There is also a slight 1980s smack to the decor, but in a good way.

Service was impeccable and friendly, the room buzzed with life on a Friday evening recently. To start, a half dozen oysters (?3 each) – creamy, plump, briny specimens, they were everything a dish of oysters would want to be. There was also a very exceptional soft shell crab (?15), served with a fermented slaw and fiery red chilli. It impressed, the crab dressed in a light-as-air tempura, contrasted beautifully by the deeply-umami slaw, a winning dish.

For mains, whole Dover sole meuni’re (?40), a tiny bit overdone, but a nice dish nonetheless. My partner in dine had the lobster with a light, steamed basmati. Ginger, garlic, turmeric and a splash of coconut milk lavished the lobster and this was a nice dish too. 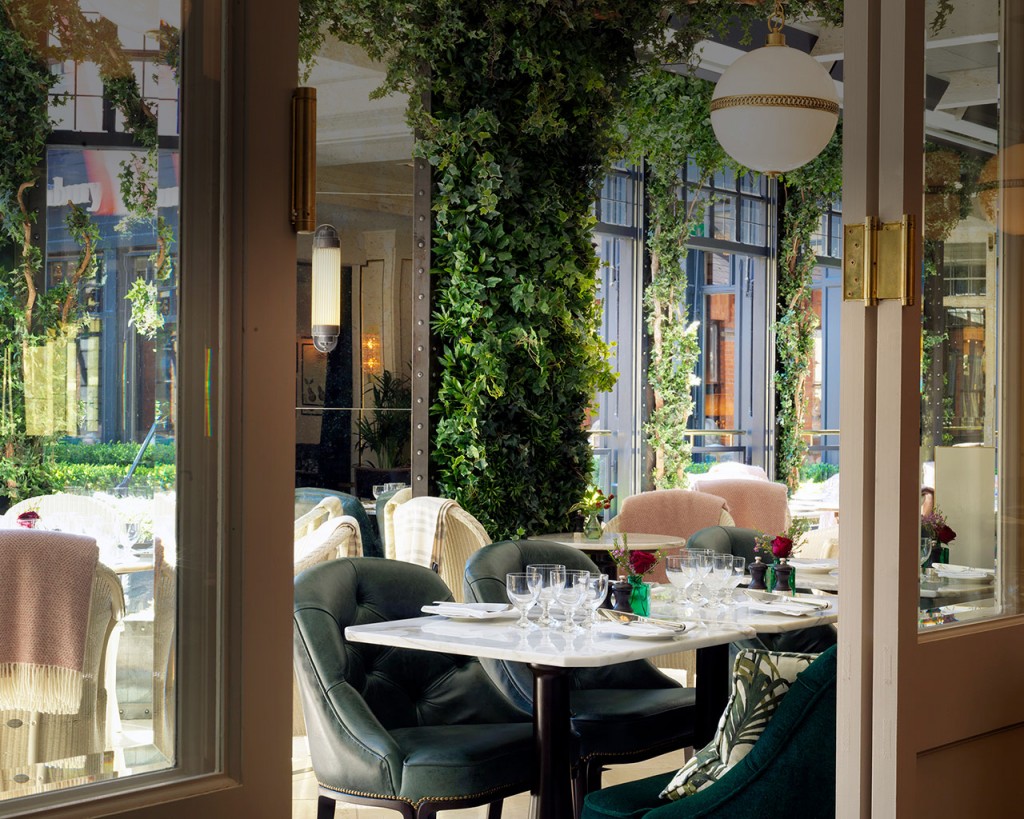 There was a lot of attention lavished on diners at Wilde too, however, and while the sentiment is to be commended, we did at one point note that there were a lot of faces to keep up with. In fairness though, there are worse complaints. We accompanied dinner with a bolshy, full-bodied Alsace Hugel Gewurtztraminer (?55), a brash white that worked well with the seafood. There was also a wellmade G&T (?13), made with Glendalough and elderflower tonic, and a Bellini (?13) – both were made at the table, which is nice, if you’re into that sort of thing, personally, I’m not, I prefer my drink made at the bar and brought to the table, but I would, wouldn’t I? We finished with a pitch-perfect Irish coffee and a macchiato. A good spot for a bit of a knees up, I can see this being a very popular Christmas party joint, for the quietly well-heeled.