Gene editing and the ethics behind correcting biological imperfections

In the past few months, new advances in gene technology have been announced that can lead us to find cures and treatments for some of the most devastating illnesses. But this potential should also be met with appropriate caution when it comes to creating a ‘perfect world’. Amanda Cassidy reports on some of the more sinister sides of this biological breakthrough and hears from those who refuse to be ‘edited out’.

It has the power to transform our world. Genome editing is one of the most exciting innovations in the medical world at the moment. But manipulating our biology and the environment around it doesn’t come without consequences. It is only since around 2005 that scientists have realised the potential of being able to precisely target cuts in our DNS. Now, the CRISPR-based methods (the ability to easily cut and paste) have shown even more potential because of their low cost and ease of use.

Gene editing is the deliberate alteration of a selected DNA sequence in a living cell. The damaged strand that causes certain diseases ranging from cancer to type 2 diabetes is ‘cut’ out and repaired. The way they are repaired can affect gene function and new DNA sequences can be formed as a result. It is now also possible to delete entire sections of DNA or alter how a gene functions for generations to come. 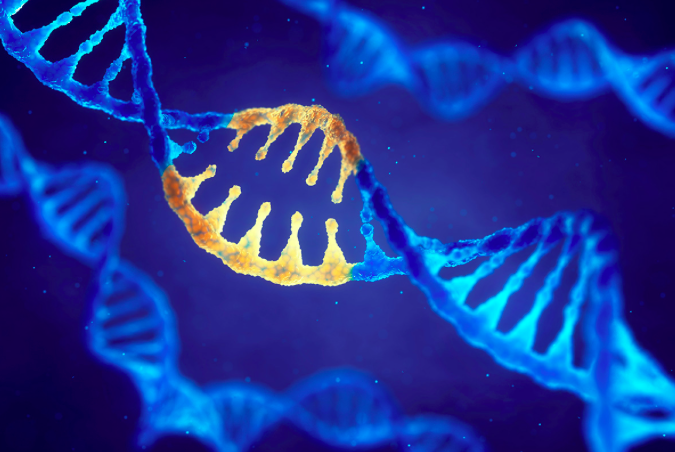 CRISPR technology can be used to treat cancer, cure genetic conditions such as sickle cell anaemia and create disease-free livestock. The benefits are extraordinary. These new advances mean we can alter bacteria used to ferment foods to say, create different flavours of yoghurt or to kill off certain pathogens. We can use this technology to develop super-probiotics that make us healthier. In plants, you can increase yield, alter drought resistance and change their properties to make them taste better and be more adaptable to environmental conditions. In animals, this technology means you can pick and choose their fat composition, you can tamper with their immune systems so they don’t need as many antibiotics, for example. In humans, the most obvious benefit is preventing the inheritance of a disease trait like achondroplasia, a rare genetic disorder which causes dwarfism.

The boogeyman of imperfection

But not everyone is happy about being viewed as something to be ‘suffered’ and research is still unfolding about the unintended mutations that may result when you dice and splice the human genome. Rebecca Cokley is the former executive director of the National Council on Disability. She also has achondroplasia. Speaking to the Washington Post, she says she doesn’t want to be edited out.

“Nearly 1 out of every five people in America has a disability. What would it mean for society to render such a large group of people “unfit” for the human germline? Stories about genetic editing typically focus on “progress” and “remediation,” but they often ignore the voice of one key group: the people whose genes would be edited. That’s my voice. I have achondroplasia, the most common form of dwarfism, which has affected my family for three generations. I’m also a woman and a mother — the people most likely to be affected by human genetic editing. Now think about the message that society’s fear of the deviant — that boogeyman of imperfection — says to disabled people: “We don’t want you here. We’re actively working to make sure that people like you don’t exist because we think we know what’s best for you.” This is ableism. It’s denying us our personhood and our right to exist because we don’t fit society’s ideals.”

Those pushing for rapid advances in this technology talk about eradicating serious diseases but who defines the line between the perception of a horrible genetic mutation and someones raison d’etre? We need to be mindful of the context when it comes to opening Pandora’s box. The hype about creating ‘designer babies’ comes into this discussion. This breakthrough means that hypothetically you erase any ‘flaws’ in your baby even before conception. Would you be tempted?

How far would you go? No to blindness but yes to pretty blue eyes? The guarantee of never getting MS but wouldn’t it be nice to also give your child stronger muscles to boost their sporting chances in this world? This is why the ethical fine-print needs to be carefully worded. Or as H. R. Haldeman, aide to President Nixon famously said, ‘you can’t put the toothpaste back in the tube’.

There are strict ethical limitations currently in place around the world when it comes to using this technology on human embryos. But scientists at Weill Cornell Medicine in New York managed to circumvent some of the legal hurdles when it comes to CRISPR technology. They managed to gene-edit sperm before it was even fertilized using an electrical pulse that changed the cell without killing the sperm. And although it is precise, there are still fears that this type of genetic engineering could also cause some genetic disruption if some of the cells receive the perfect DNA but others don’t.

In fact, the CRISPR technology is so cheap and easy to use that it is becoming even more accessible in the mainstream. One startup called Synthego are selling kits to researchers  – all you need is to prove that you are an academic or working in an institution with credentials. CEO Paul Dabrowski says that this is one of the greatest innovations of medicine in recent decades. “You don’t even have to worry about learning CRISPR or anything, it just works. So the idea here is you’re up-levelling the researcher to really be able to focus on the results, and the experiment at hand, rather than the methods or the optimization associated with CRISPR.”

There are more than 10,000 genetic mutations that can be passed to a child through a mutation in a single piece of either parent’s genes. Being able to remove the genetic mutations that cause birth defects and inherited medical disorders isn’t something we should be afraid of. But the implication of changing genes that will affect future generations is a lot more delicate. One small edit for humans could lead to one giant edit for humankind.

Of course, the science community is wildly enthusiastic about genome editing – which is really a faster and more accurate method than classical breeding in animal lines. But the remarkable speed and breadth of this breakthrough mean we have to take into account influences like commercial pressure, ideological views or personal values which justify greater oversight. We must balance prudence with discovery and measure risk with all the benefits of progress. Living in a perfect world may be within reach, but that really depends on the definition of what perfect means for you.

Facebook wants to read your mind. Leaked audio discovers that it almost can

Why am I avoiding these three skincare ingredients?