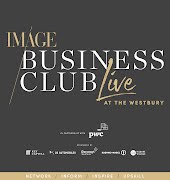 With a €5,000 Philip Treacy hat up for grabs, I took my role as judge of last night’s Best Hat at the g competition after Ladies Day at Galway Races very seriously.

Hundreds of women flocked to Galway’s most fantastical five star hotel for cocktails (Pomegranate Martinis being the order of the evening) and a thumping retro set by Eighties cheesters Spring Break while parading the most outstanding headwear. Many had come straight from the races, others had geared up especially for the night, some more had factored in an outfit change in between racing and evening to offer them best chance at bagging the prize booty.

In a perfect mix of business-meets-pleasure, many Irish milliners including Carol Kennelly, Martha Lynn, Edel Ramberg, Jennifer Wrynn and Sinead Madden were present, having a ball and cheering on their hat-wearing clients.

Beauty guru Triona McCarthy and I chatted to hundreds of ladies about their headwear, including Kilgarvan’s Elaine Kelleher in a bight pink Tina Griffin dress and Carol Kennelly headpiece comprising of resin flowers complete with Jelly Tots at the centre of each little bloom.

Balancing hats and heels, twenty shortlisted ladies took to the stage after the g’s most dapper gent was crowned by tailor Adrian Copeland and Galway GAA star Ollie Canning.

And while the guys got huge cheers, the loudest applause was saved for the hats. Twenty became five finalists, and then down to one. The winner, Louise Allen from Co. Meath, took millinery to a new dimension with another Carol Kennelly creation – a mirrored Pegasus – perched on her head. She was presented with her Philip Treacy prize by Triona Gannon, the g hotel’s general manger and a special bottle of botanical gin from Glendalough Distillery.