Four Women On How They Found Happiness 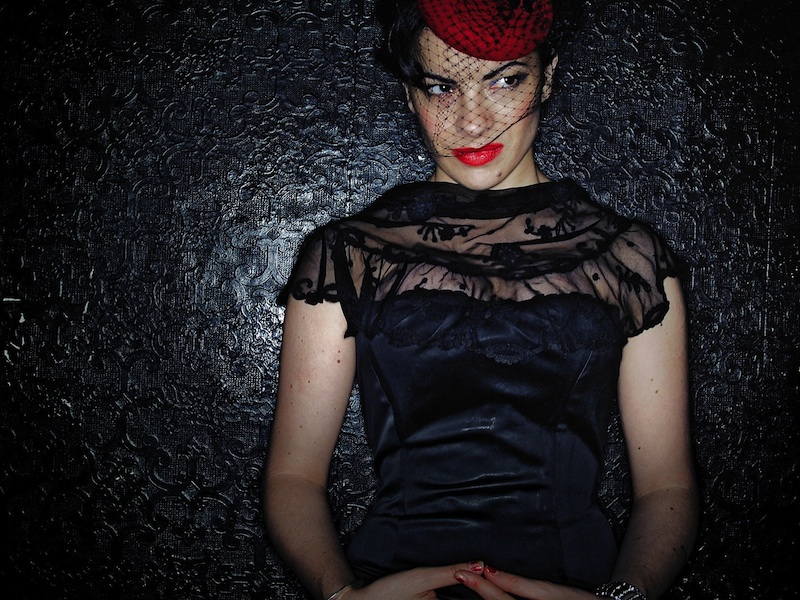 The one decision you made that changed your life forever??To leave my architectural career, which had a good future, for the unstable, nomadic life of a musician/actress. I had a bad car accident in 1999, and while in hospital, it became very clear to me that there was another life/dream that I had been too scared to chase, and that then was the time to just do it.

Do you ever think back at how your life would be different had you not taken the plunge??Yes, I certainly live a more bohemian, gypsy lifestyle now, which suits me. Sometimes, before I’m about to face an audience, I think, ?What if this mad road had never been chosen?? I definitely feel freer and truer to myself.

How have you managed to cope with fears??Stage fright has always been a bit of a battle for me. It’s frustrating the anxiety preceding a gig, but you can use the full-on nervous energy to light a performance and make it very present and in the moment. It also helps to know that other performers go through it. I’m grateful to the audience, who come to the show, and for the chance to sing the music I love, so I give them the best show I can.

What has your journey taught you??You have nothing to lose – you only have one life. Just do it. Someone once said, write a letter from your 80-year-old self to you now and ask, ?Have you lived the life you wanted to??

Camille will be performing as part of the National Concert Hall’s Imagining Home series on March 29, nch.ie. 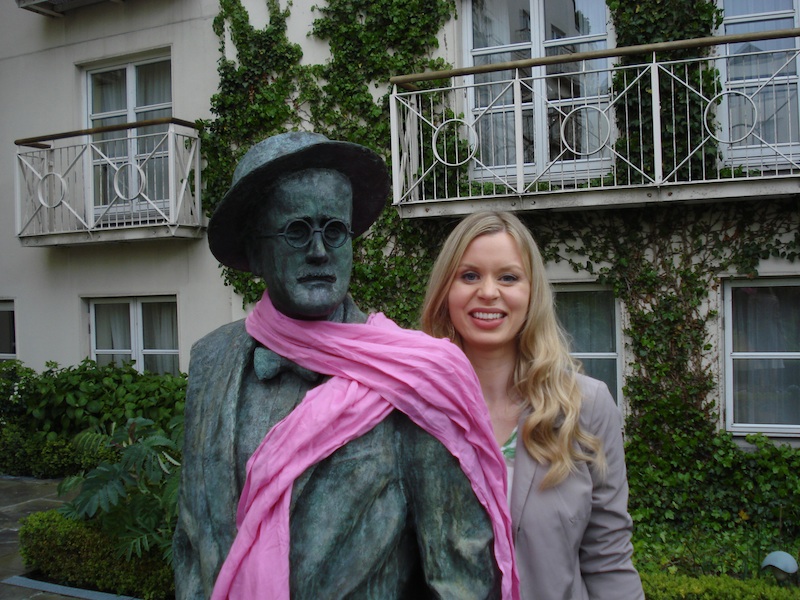 At what point did you decide, ?This is the year I’m going to write that novel???It was around 2012. I’d been in my job as a journalist at a publishing company for about five years, and was bored and listless. The desire to change, to finally finish my novel, felt almost physical in its intensity. I knew I couldn’t go on in this weird, disenchanted state, so I knuckled down and finished the manuscript I’d been working on for about three years. I sent it to Sheila Crowley at Curtis Brown, and while it didn’t make the cut, she did recommend I start something new. I dived straight in, knocking out about 20,000 words of what would eventually become Sisters and Lies in a one-week blur at the Tyrone Guthrie Writing Centre in Co Monaghan. Sheila liked it and suggested I complete the book. Around the same time, I was also made redundant from my job. It was like the stars were colliding!

Has that move come with a certain level of apprehension? I wasn’t apprehensive – I didn’t have time to be. One minute I was your average 9 to 5 office worker, with not enough hours in the day to do everything; the next I was at home all day working full time on my novel. It was a massive change, and one I completely underestimated. Needless to say, a few months in, the apprehension did kick in. It was still the height of the recession and I worried that I wouldn’t be able to finish the book; that I’d never find another job; that I’d basically descend into madness in the manner of Jack Nicholson in The Shining. (Whatever about writing, catastrophising has always been one of my strong points.) But at that stage, I was so deep into Sisters and Lies I knew I had to take my chances. It took another 18 months, several meltdowns, and a bizarre foray into primary-school teaching (don’t ask!) to finish it, but eventually I did.

How have you managed to cope with fears, doubt and criticism along the way??There were so many doubts, fears and so much self-criticism. Walking and keeping active helped. I also had a schedule. I’d get up at 7.45am, go for a walk, and then knuckle down until lunchtime. Then I’d do another four or five hours in the afternoon. I often went to the gym in the evening because the physicality helped me unwind and reminded me that I was human. While most of my conscious, rational mind thought this was an absolutely ridiculous enterprise to be engaged in, this tiny fragile other part of me believed it was the right thing to do. It felt like the same voice that had encouraged me to follow my passion at college; that had suggested I marry my husband. Even during the bad times, I trusted that voice.

What one piece of advice would you share with others who are afraid of jumping out of their comfort zone??The reality is, it will probably be uncomfortable for a while. You’ll doubt yourself. You may cry in the bath. (Okay, maybe that was just me.) But if that voice in your head just won’t go away; if it keeps whispering louder and louder that you need to go for this; that you’ll never feel complete or fulfilled if you don’t – Then ask yourself one simple question: Do you trust that voice? If the answer is yes, there’s probably only one thing to’do: jump. 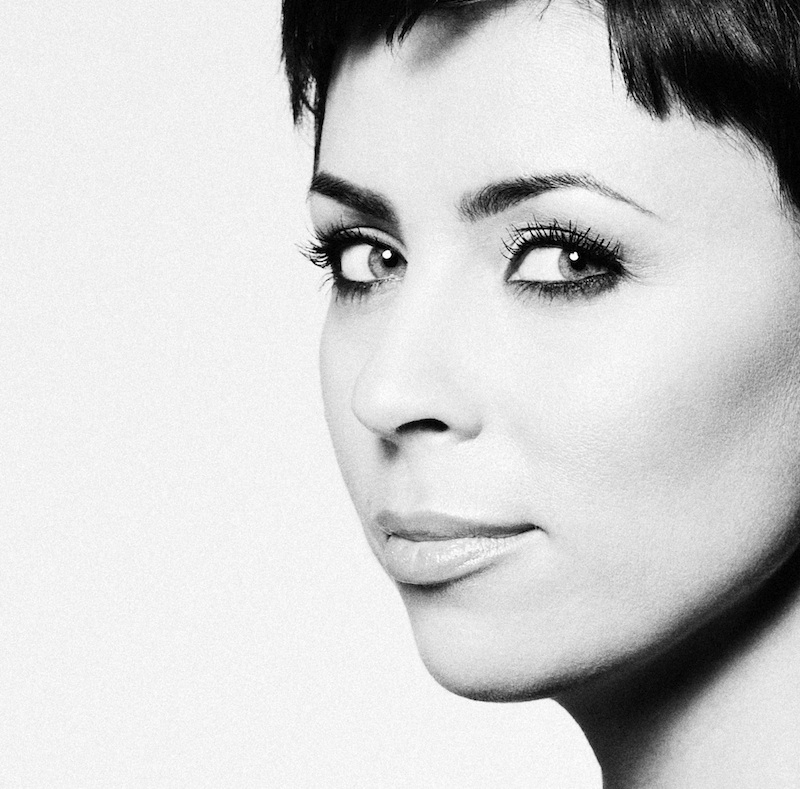 The one decision you made that changed your life forever??A few years ago, I was looking for a larger studio space. I found a derelict warehouse in Dublin, got an investor on board, opened a company and began renovating. That was mid 2008. I don’t need to remind anyone what happened in the next few months – The investor left me in the middle of a building site with a one-line text saying he’d changed his mind! I had already put all of my savings into the project and had no experience of running a company. Overnight, I had to make a decision. I stuck to my original plan and thanks to that decision, built D-Light. It was one of the most difficult, exhausting and exciting times of my life.

Do you ever think back at how your life would be different had you not taken the plunge??Never! Thinking about what could have happened if I made different decisions makes no sense. I believe every decision you make is the right decision at that time, regardless of whether it leads to success or failure, once you learn something from it.

How have you managed to cope with fears or doubts along the way??Any time I feel a sense of fear about something, I know that’s a signal that I have something to work on – it’s a chance to improve. I aim to stand face to face with my fears and suck their power out of them to make myself stronger.

What one piece of advice would you share with others who are afraid of change??Any decision is better than indecision. If you stay in the same place because you are afraid of making a choice or taking action, then you are wasting your energy and your time. Nothing is final or definitive – if you look at your life this way, then you can always change your mind and change the direction you’re going in. The most important things are to keep moving, developing, discovering and learning. Keep your mind and heart open, and don’t treat life so seriously; have some fun, do your best, and don’t worry what other people may think. Every change is good so long as it leads you to some new opportunities. Everyone knows that it’s not the destination, but the road that is the most exciting. 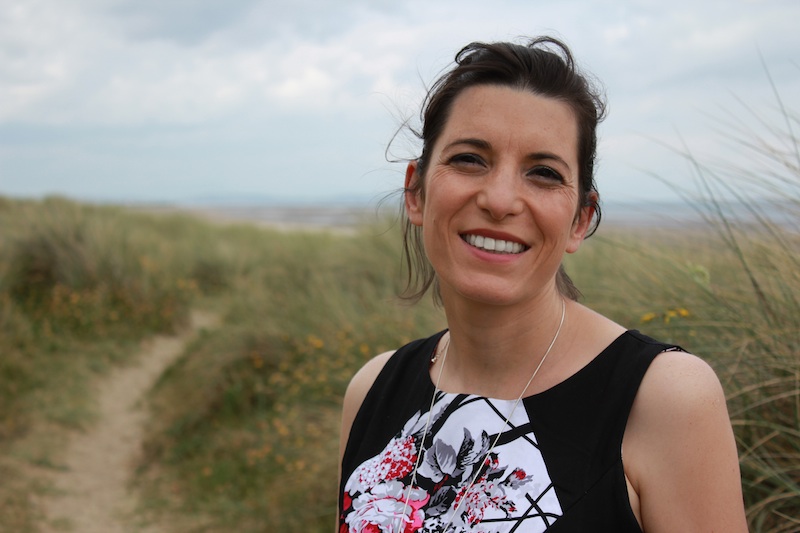 The one decision you made that changed your life forever??My background is in the arts and education, working as a teacher and arts administrator. An opportunity arose to join a design and technology company, and I jumped at it. I became the CEO, working with international clients and running a multi-award-winning business. It was such a steep learning curve. Luckily, I thrived on it, and my curiosity and passion for the entrepreneurial space has grown ever since. Being able to synthesise all aspects of my experience – art, technology and business – has given me a unique insight. Mentoring and supporting others has also been a huge part of what I do, mostly because I understand how difficult it is to make a big leap. It’s incredibly rewarding to know I can take on a huge challenge and succeed, then help others to do the same. That one decision changed everything, and I haven’t looked back.

Do you ever think back at how your life would be different had you not taken the plunge??So many things I have done, people I’ve met, and projects I’ve initiated would never have happened. Many of the platforms I use every day didn’t exist ten years ago. My outlook on the world, the opportunity to work collaboratively and make change happen, has been influenced hugely from the experiences I’ve gained.