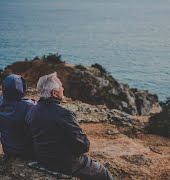 We’re all tuning into Normal People of a Tuesday on RTÉ, but what about when we need some romance for the rest of the week?

Unless you’ve been living under a rock for the past month, you’ve no doubt sneaked a peek at the TV adaptation of Sally Rooney’s Normal People. Airing on RTÉ every Tuesday night, the country is gripped in conversation about Marianne and Connell’s fraught love story, so much so, it has even reached the beacon of national discourse on the radio, RTÉ’s Liveline (where poor old Joe had to deal with a lot of fiery opinions).

But for the rest of the week, especially as we near the end of the limited series, we’re left wondering what else to watch that could possibly shape up. This coming-of-age, anxious, raw love story is rarely mirrored anywhere else on screen, but if you want to explore some options (namely on Netflix), these are great watches too.

Definitely not a tale of young love, but rather what happens when it fades, I reviewed Marriage Story when it first came out as the saddest story about love last year. It follows Charlie (Adam Driver) and Nicole (Scarlett Johansson) as they try to navigate a divorce. As pain-free as they would like it to be, the process brings out the very worst in them and those around them, and shows how difficult salvaging any love from a break-up can be. Emotional, subtle and beautiful, it’s definitely got the same vibe as Normal People.

Granted, the real love story in Lady Bird is not between her and any boy, it’s between her and her mother, but this coming-of-age movie is the perfect follow-on to Normal People in lots of ways. Lady Bird (real name Christine, played by Saoirse Ronan) is a senior at high school, trying to figure out the future as she deals with a stressful homelife and the usual high school dramas. She finds love, loses it, leaves home, misses it, and generally mirrors all of our teenage-into-adult experiences. You’ve got the Irish element covered here with a flawless performance from Ronan, and it will really make you yearn for teenage heartache.

Much has been argued about the nature of Bob and Charlotte in Lost in Translation, but I am firmly of the opinion that this is a love story, just a platonic one. Bob (Bill Murray) is an aging actor who is in Tokyo to film a whiskey commercial. Charlotte is staying at the same hotel, along with her recent husband, who works as a photographer all day and leaves Charlotte to her own devices. Bob and Charlotte strike up an unlikely friendship, leaning on each other for support in their very similar problems – loneliness, listlessness and a general worrying of what the future holds for them both. All the words that go unsaid between the two, and the way they can communicate with just looks and emotions is very much a Marianne and Connell process.

I will wax lyrical about Master of None til the end of time, and if you haven’t watched it yet, you’ve got no excuse. Dev (played by Aziz Ansari, who also writes the show) is a bit-part actor living in New York. The show is about his, and all of our, millennial experiences – friendships, identity, dating, family, careers are all covered in the most loving, beautiful and very funny ways possible. It’s better to watch all the way through but some stand-out episodes include Old People, where Dev spends time with his girlfriend’s grandmother and learns more about her life; The Thief, shot entirely in the style of the Bicycle Thief, where Dev loses out on a date with his dream girl; and Thanksgiving, which chronicles Dev and his friend Denise’s Thanksgiving traditions throughout the years, which makes me sob every time I watch it.

Read more: There should be an ‘Covid-19’ category on Netflix: here’s what I’d add to the list

Read more: 9 binge-worthy TV shows MADE for re-watching during the pandemic

Read more: Comforting classic series we would definitely binge if they were on Netflix