Forest Therapy is more than just a walk in the park. Don’t get us wrong, walking in the park does come into it, but there’s much more to it than that says Geraldine Carton.

Einstein was on to something when he declared: “Look deep into nature, and then you will understand everything better.” A romantic stroll in the woods, an adventurous hike in the forest – there’s nothing quite like being out in nature and letting that fresh, fragrant air rush through your lungs. It’s no wonder we bring giant trees into our homes for Christmas, somewhere in our subconscious we’ve always known that they contribute to our sense of wellbeing.

Inner wisdom aside, extended periods of time spent outside, especially away from the urban setting, has become a rarity. Simultaneously the demand for antidepressant prescriptions and psychological therapies is at a record high all over the world. Health services are under pressure, and they are now turning to nature-based interventions for help.

Shinrin-yoku (or “forest bathing”), is one such concept adopted in the East to impact health and wellness. Coined by the Japanese in 1982 to describe the practice of mindfully experiencing woodland areas to improve one’s own sense of wellbeing, it has become more commonly known as Forest Therapy.

So what is Forest Therapy exactly? According to a member of The Association of Nature and Forest Therapy Guides and Programs, participants are guided through the landscape with sensory-opening invitations that cultivate mindfulness, with each session typically lasting two to four hours and covering no more than a kilometer. The emphasis is placed very much on mindfulness as opposed to outdoor exercise (the term “hiking” is deliberately avoided because of its implications of physical exertion).

Who’s embracing this form of therapy?

In recent years, research into Forest Therapy has been carried out by groups in Japan (The Forest Agency of Japan), Scotland (The National Health Service of Scotland) and America, (The University of Utah). Their studies have shown that Forest Therapy sessions bring about multiple benefits amongst participants, including significantly reduced levels of blood pressure and the stress hormone cortisol, alongside increased immune defense system activity, creativity and an overall sense of wellbeing.

What’s more, Tokyo’s Nippon Medical School discovered that certain trees produce phytoncides, which are organic compounds that support our natural killer (“NK”) cells (a type of white blood cell that help fight off cancer and respond to tumor formation). Between 2004-2012 they studied the effect that woodland walks have on people’s NK levels versus that of urban walks and blood tests showed that the woodlands hike caused an average NK cell increase of 40 per cent, whilst the urban setting walk incurred no change of NK levels at all. 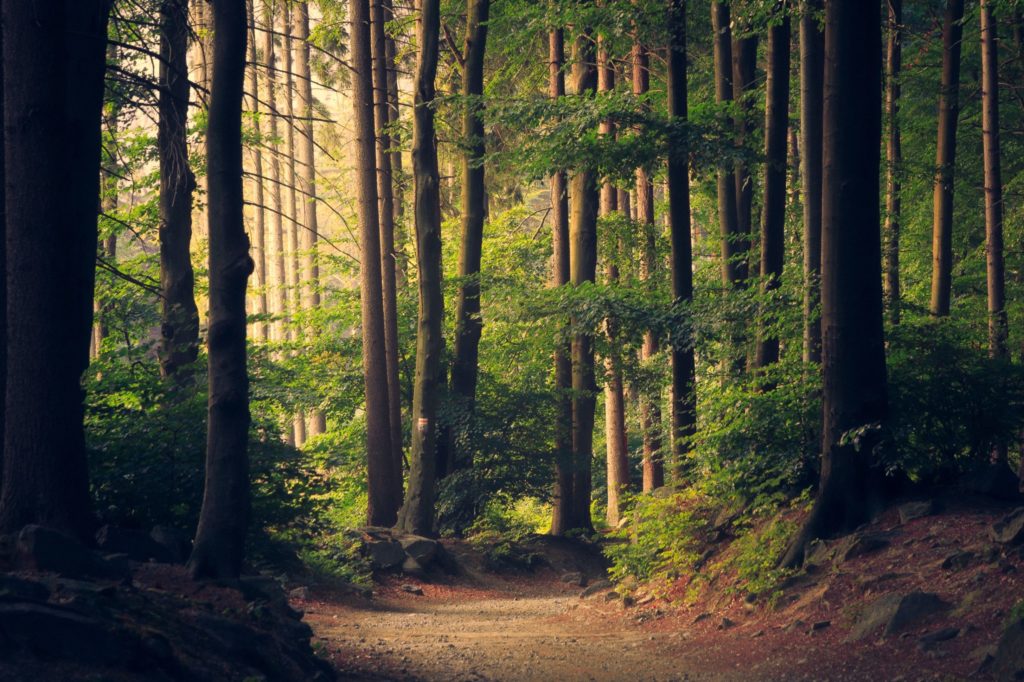 While Forest Therapy isn’t claiming to cure serious illnesses, it is interesting to note that the practice has become widely accepted as a preventative measure by traditional Japanese medicine professionals. The benefits are so widely accepted that many companies in the East now include forest therapy within employee health care benefits. Hospitals in Scotland have started to follow their lead and have consciously included more trees and tree walks within their grounds.

Scotland’s National Health Service has also started providing a range of forest-based activities to people with mental health concerns. Ireland isn’t far behind either, as can be seen through Donegal’s Green Prescription programme, and Wicklow’s Woodlands For Health project (as featured on last year’s Celebrity Operation Transformation), which sees health professionals referring patients to free, guided community walks as part of a treatment plan.

Since 2016 an increasing number of organisations have gone on to adopt the Woodlands For Health programme, including The Dun Laoghaire Sports Partnership, Cluain Mhuire Mental Health Service, and the Dublin Mountains Partnership. Research carried out by the HSE in 2014 found that participants’ sleep improved by 66 per cent, their mood improved by 75 per cent, and any thoughts of suicide declined by 82 per cent.

See here for more information on Forest Therapy or to take part in the Woodlands For Health project near you.