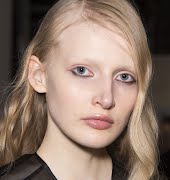 There are few people who would be able to persuade Bridget Jones out of retirement to air her feminist views, Keira Knightley to write about childbirth, or Evanna Lynch (of Harry Potter fame) about period panties (and the fear of leaking on a casting director’s couch).

In her first book, Feminists Don’t Wear Pink and Other Lies: Amazing Women on what the F-Word Means To Them, Scarlett Curtis, journalist, activist, and daughter of Richard Curtis and Emma Freud, writer and script editor of films including Love Actually, Four Weddings and a Funeral, and Bridget Jones’s Diary, has done just that. The twenty-three-year-old, who has written with great honesty in the past about her depression, has curated a series of essays by herself and other women.

The book is not, she explains, intended to be an expert’s guide or a comprehensive history of feminism. Instead it is “a book of feelings that are transforming into thoughts that are transforming into action.” As such, it slots perfectly into one of the biggest current trends in literature for women’s writing; memoirs and essay collections, where women write with total honesty about their experiences of being, well, women.

The biggest surprise of this book is Keira Knightley’s essay, although given that her mother, as Knightley herself writes proudly, was the playwright, screenwriter and actress Sharman MacDonald, maybe the revelation that Knightley is herself an excellent writer should not be such a surprise. Her contribution, written in stream of consciousness, is raw and angry. It is also surprisingly honest for one so seemingly entrenched in the mainstream Hollywood, and beauty, industries.

Be nice, be supportive, be pretty but not too pretty

The Weaker Sex, Knightley ’s essay, is a battle cry, an angry rejection against the notion that to be female is to be inherently weaker.

“My vagina split. You came out with your eyes open. Arms up in the air. Screaming…You latched on to my breast immediately, hungrily, I remember the pain….I remember the shit, the vomit, the blood, the stitches. I remember my battleground….You were in a crib by the bed. You cried and I ran to you. Exposing myself to the men in the room, blood running down my thighs, arse, cellulite. You are mine. Mine, and I will stop you crying. My breast is out in front of them all and I don’t care.”

On going back to work, Knightley calls out the different standards applied to men and women. Her male colleagues may turn up late, not knowing their lines, drunk, or not at all.

There is also a push back at the beauty standards forced on her, and all women, by men.

For my fifteen-year-old self

There are lists, poems, guides to what to answer when someone asks you all the questions that come when one declares oneself a feminist (“because Beyonce”, was where Curtis herself started out).  In a  clever twist, in her essay Woke Woman Gemma Arterton writes as her character Strawberry Fields in a James Bond movie from several years ago, except now from the point of view of a woman disgusted by Bond’s blatant misogyny. Jameela Jamil’s essay Tell Him is another beautifully written contribution. Dolly Alderton’s is as clever as always.

‘I made this book for my fifteen-year-old self’, Curtis has said on her Instagram.

In a piece for the Sunday Times, for which she is a contributing editor, Curtis, whose mother is the great-granddaughter of Sigmund Freud, referenced her privileged position growing up with a seat at dinner tables surrounded by “incredible, older powerful women,” and her own work as a gen- Z feminist.

Work by both older and younger women is here, and it will depend on your own age which you prefer. Much of it does seem aimed at your teenage daughter; every one of them should be given this. For me, some of the contributions felt angsty, meandering, or with shades of school essay. Some are more natural writers than others- Saoirse Ronan’s list felt a little light, but then I don’t think I am her target audience. Knightley’s contribution felt particularly powerful, but I too am a working mother, if not an A-list movie star with a Chanel beauty contract.

The book is already causing a stir- at time of writing, Curtis has just posted on Instagram that her pop up in a Topshop London branch has been dismantled “by Topshop” twenty minutes after it opened. Her mother, regramming the picture, commented “it lasted 20 mins before the boss ordered it to be stripped and taken down.” Both have used the hashtag #pinknotgreen, a reference to Topshop owner Philip Green?

Her great hope in creating this collection of essays, done in conjunction with the UN Foundation organisation Girl Up was, Curtis says, to dispel the notion that a qualification is needed to join the feminist movement. For anyone newly coming to feminism, they should find something of themselves in here somewhere.