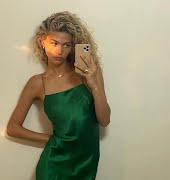 Actress Felicity Huffman has reported to a federal prison in California to serve a two-week sentence, a spokesperson has confirmed.

The former Desperate Housewives’ star pleaded guilty in May to fraud and conspiracy, after she paid $15,000 to a college admissions consultant to alter her daughter’s SATs score. It was a failed attempt to ensure her daughter would be accepted into her preferred, prestigious college.

In addition to a 14-day prison sentence, Felicity Huffman was given a year’s probation, a $30,000 fine and 250 hours of community service. A spokesperson for the actress told People that she, “reported to the Federal Correctional Institution in Dublin, California.”

When she was sentenced, Huffman accepted full responsibility for her actions, admitting there was no excuse for what she did.

“I accept the court’s decision today without reservation,” she said in a statement at the time. “I have always been prepared to accept whatever punishment Judge Talwani imposed. I broke the law. I have admitted that and I pleaded guilty to this crime. There are no excuses or justifications for my actions. Period.

“I would like to apologise again to my daughter, my husband, my family and the educational community for my actions. And I especially want to apologize to the students who work hard every day to get into college, and to their parents who make tremendous sacrifices supporting their children.

“I have learned a lot over the last six months about my flaws as a person. My goal now is to serve the sentence that the court has given me. I look forward to doing my community service hours and making a positive impact on my community. I also plan to continue making contributions wherever I can well after those service hours are completed.

“I can promise you that in the months and years to come that I will try and live a more honest life, serve as a better role model for my daughters and family and continue to contribute my time and energies wherever I am needed.

“My hope now is that my family, my friends and my community will forgive me for my actions,” she said.

Felicity Huffman (or inmate 77806-112) will spend the next two weeks in the low-security federal prison in Dublin, California.

According to the prison’s website, inmates here are provided with clothing, hygiene items, and bedding “for security and safety reasons”.

“Inmates may purchase other personal care items, shoes, some recreational clothing, and some food items through the commissary. All other items are considered contraband and will be seized and disposed of”.

The 56-year-old is just one of 1,227 other inmates at the institution, with regular access to exercise, TV and library facilities. She will be released on October 27.

Read more: The online reaction to the Miley Cyrus and Liam Hemsworth split is telling