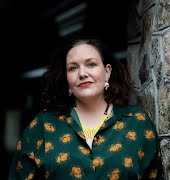 Not so long ago, it was considered revolutionary that we could now use a social networking tool that would simply connect us with people anywhere in the world. When it then dawned on Mark Zuckerberg that he could enhance user profiles by adding on things such as relationship statuses or later, that businesses could even grow their profits through use of his digital platform, it seemed as though a new dawn was upon us. Indeed it was. Fast forward a few short years, and Facebook has gone above and beyond what any one of us ever thought possible. Today though, its artificial intelligence and insight into each and every user is getting more than a little creepy.

Revealed exclusively by Wired Magazine, Facebook’s hard at work on enhancing their ‘Deep Learning’ system that processes information in ways the human brain can not. They’ve recruited Yann LeCun, a professor from New York University who has dedicated 30 years of his life to exploring the potential of artificial intelligence. Naturally, Zuckerberg now wants a piece of that action. But at what cost to us is Facebook about to ‘improve’?

The new system, as per Wired, will be able to further analyze data as well as our individual behaviours. Discussing this news on Today FM this morning, it was suggested that Facebook will soon begin prompting users as they’re about to share content, monitoring content of a sensitive nature and asking if that’s really what they want to put out there, for example. Consider it a digital chaperone that’s there to offer a word of caution as you post something you just might regret in the morning.

Another feature of Deep Learning will see Facebook?automatically identify faces in the photographs you upload, automatically tag them with the right names (but how do they knoooow!), and instantly share them with friends and family who might enjoy them too. We’re quite happy to decide what to share and when ourselves, thank you very much. At this rate, is it a stretch of the imagination to see a time when we’ll all be walking around with Facebook chips inside us?

Speaking to Wired,?Abdel-rahman Mohamed, who worked on similar AI research at the University of Toronto, confirms that it’s all a bit mad.??Every day, Facebook is collecting the network of relationships between people. It’s getting your activity over the course of the day. It knows how you vote – Democrat or Republican. It knows what products you buy.?

LeCun tells Wired, “Mark Zuckerberg calls it the theory of the mind. It’s a concept that has been floating in AI and cognitive science for a while. How do we model – in machines – what human users are interested in and are going to do?”

Would you be welcoming of such technological advances on Facebook? Or would it put you off altogether?