This month is Pride month. Amanda Cassidy looks at the history of the movement and asks whether the festival is in danger of losing sight of its identity?

They were among the most marginalised people in the gay community: transvestites, transgender people, gay women and men – afraid to come out because of a society that didn’t understand and worse, didn’t care. They gathered at the Stonewall Inn in Greenwich Village, New York on the night of June 27th, 1969 which was violently raided by police targeting the gay community. 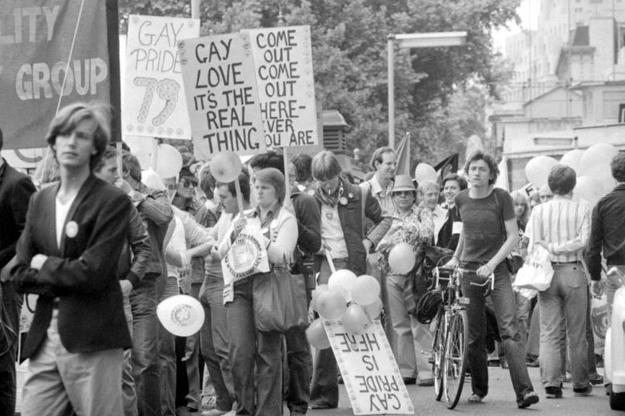 The brutality prompted one young man, dressed as a woman to fight back against the police. And as those being taken away by police cried out for help, other members of the community, tired of the repression joined with them to fight back. The ensuing riots lasted days and saw the community take action openly and cohesively for the first time in its history. It was to be one of the biggest watershed moments in modern LGBTQ+ rights movement and the catalyst for the pride marches that would mark the end of stigma and shame when it came to expressing sexuality, promoting self-affirmation, dignity and equal rights.

Related: Everything you need to know about Pride 2019

A few months later, a resolution was passed by the Eastern Conference of Homophile Organisations in Philadelphia that ‘a demonstration be held annually on the last day of June to encompass the ideas and ideals of the larger struggle that we are engaged in – that of our fundamental human rights”. Pride was born.

Following the Stonewall riots, it continued to be two steps forward, one step back. Gay and lesbian people in the US continued to face obstacles based around gender, race and class. Anti-gay discourse at the time linked both male and female homosexuality with mental illnesses. There was a lot of work to be done and the bravest began to stand up to the system. The US was an extremely repressive society.

It prompted gay civil rights representative, Frank Kameny to come up with the slogan ‘Gay is Good’ to fight against the negative social stigma and to help boost the self-confidence of many of the LGBTQ+ community who only knew feelings of guilt and shame when it came to their sexuality. When permits were requested for the parades by Reverend Troy Perry in 1970 as part of the organisation for the first parades, the local police chief told him ‘It would be the same as giving a permit to a group of thieves and robbers’. (In contrast, last year in New York during Pride, the police had their cars painted in rainbow stripes with a sign that read ‘NYPD out and proud’) 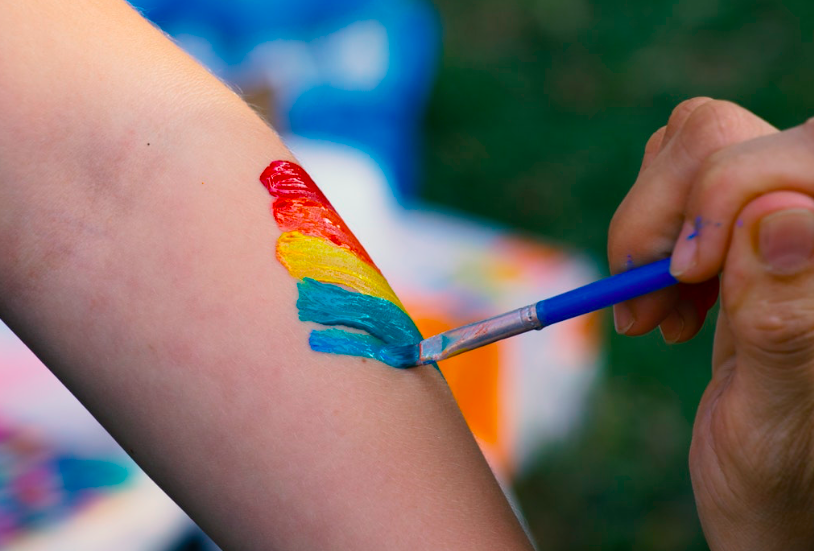 But the seed for change had been sown and from that initial night in Stonewall Bar gay rights organisations grew, newspapers were established to promote gay rights and the first gay pride marches took place on the same date in 1970 across New York, LA and Chicago. Today gay pride events are held every year across the world around the same date to mark the Stonewall riots. The underlying ‘pride’ underpins most LGBTQ+ rights movements worldwide. The rainbow flag with its diverse colours celebrates every kind of sexuality – it promotes the visibility of the LGBTQ+ community as a social group. From the very solemn to the very carnivalesque, pride events include marches, rallies, dance parties and even large festivals over weeks such as the Sydney Mardi Gras.

But under the layers of glitter, beneath the scarlet reds and joyful yellows, the cheeky slogans and quiet pride, there is a scar that is hard to paint over. Some can’t forget the pain it took to get this far. Some never want to others to forget either.

Here in Ireland, we had our own watershed moment much later. In the 1980s, Ireland was a very hostile society for those in the LGBTQ+ community. In September of 1982, 31-year-old Declan Flynn died after an attack by five people in Fairview Park. They kicked him, beat him and left him on the ground to choke on his own blood. His attackers later claimed they were vigilantes and that “We were all part of the team to get rid of queers in Fairview Park”. After the trial, proceeded over by Justice Sean Gannon, he said ‘this could never be regarded as murder’ and the killers walked free after a suspended sentence for manslaughter. His ruling and those comments left people furious.

The Dublin Lesbian and Gay Men’s Collective was established and a group of over 500 people marched from Liberty Hall to Fairview Park to demonstrate their outrage. David Norris described the ruling as giving a ‘license to kill’ members of the LGBTQ+ community. Less than six months later, the first Pride Parade took place in Dublin city centre, with people marching from St Stephen’s Green to the GPO on O’Connell Street in a remarkably courageous show of support.

Now, we live in a much more progressive country. After the last two referenda passed comfortably,  it is clear that ours is a more liberal, tolerant and inclusive community. But are we in danger of moving away from the meaningful political roots started by the pride movement? Have we forgotten the pain so many went through to bring us to this point? And is it being hijacked by commerce?

According to the Dublin Pride festival, the LGBTQ+ market and tourism sector could now be worth as much as €843 million every year to the Irish economy. According to LGBT capital,

“LGBT as a population segment is widely accepted as having higher disposable income and growth-friendly consumption patterns – and this segment is shown to travel relatively more frequently and for longer and can therefore clearly ‘punch above its (already significant) weight’ in comparative and consumer value-potential studies.”

The lure of the so-called pink pound has threated to overshadow the true roots of the pride movement. But is there anything wrong with selling ‘Go get ‘em, girl’ phone covers during the week-long festival, or charging for ticketed events based around the festival? Should we feel uncomfortable that sponsorship of Dublin Pride is selling slots at the festival offering ‘the opportunity to prosper throughout the festival in a fun way and create long-term loyal custom’?

Pride is a chance to showcase the new freedoms of a once-repressed community through a happy celebration loved by millions. But some still fear that the Pride festival is losing sight of its identity under the weight of commercialisation. They believe that it’s time for the movement to mature and evolve once again. The carnivalisation of a serious movement does risk distracting from the many challenges that the gay community still has to overcome, but the chance to celebrate everything that has come before it and the widespread appeal this parade has now come to symbolise is surely worth it.

The Dublin Pride Parade 2019 will take place on Saturday, June 29 and will start from the Garden of Remembrance and will march to Merrion Square. The parade will end with Pride Village, a free outdoor event in Merrion Square which runs until 6pm after passing Liberty Hall where the first LGBT+ rights event took place in 1983. The Dublin LGBTQ Pride Parade is a free public event and it is supported by Dublin City Council. More information here.