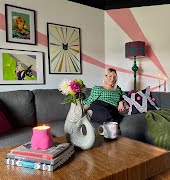 When a man wants to freeze his sperm he masturbates, ejaculates into a small container, and then a fertility specialist gathers the results to store the nippers-that-might in some sort of high tech fridge.

When a woman wants to freeze her eggs she has to send her body into hormonal shock. She enters into an IVF treatment cycle, which can last for two to four weeks. The small print warns of risks such as haemorrhaging, infection, a possible effect on future natural fertility and ovarian hyperstimulation, a condition where your ovaries become swollen and intensely painful. Your days and weeks are punctuated with a frenzy of mostly self-administered injections. When the hormonal shots, which have been sending your emotions into a maelstrom, do their work, you visit a clinic to undergo egg retrieval.

In recent days Silicon Valley’s shining stars, Apple and Facebook, both announced they would offer egg freezing to female employees. Apple will include the procedure in their health packages from January. Already the company has an amazing 18 weeks of paid maternity leave. Facebook will provide women with $20,000 if they want to undergo the procedure. The reaction so far has been mixed. The companies maintain it is a response to women’s needs. Anthea McTiernan in the Irish Times interviewed Rotunda Hospital master Sam Coulter-Smith about the ?perk?.

In an essay for the Wall Street Journal, Sarah Elizabeth Richards explains why she decided to freeze in her late thirties. In describing the procedure she uses verbs like ?pierced? when talking about her ovaries, ‘suctioned? refers to the grabbing of eggs contained therein.?Career tracks, relationship stability – the benefits of choosing when you can have start have children are obvious. It’s the corporate encouragement that creeps. Most of us flinch when management suggest a team building day in a city centre hotel with a mindfulness expert, never mind harvesting your eggs.

It’s the done thing in doctor offices to advise women about to undergo chemotherapy to freeze their eggs. The thought that similar lines will be rolled out to girls about to embark on highly sought-after graduate programmes is just a bit too The Handsmaid’s Tale meets Lean In. Companies have a lot to do when it comes to making women’s working lives as easy as male employees. While covering a medical issue such as infertility, which affects up to 1 in 6 women, is to be lauded, we’re harbouring Sam Coulter-Smith-esque suspicions. Will this egg freezing option push women to delay motherhood in order to push their productivity? Why can’t some of the world’s wealthiest companies look at making work more manageable for these highly educated women and their children?

Also, what’s to stop Facebook from targeting their female employees’ newsfeeds with essays like Richards – the social network got into hot water a couple of months ago after ?experiments? where they targeted people with happy/sad stories to effect mood changes came to light, angering users and mental health specialist. Overall, the whole endeavor is actually to be praised – it is refreshing to see a company actually address women’s fertility concerns. However, getting an email from accounts on your first day at work looking for your account details with an IVF clinic brochure attached – that’s a psychological prod too far.