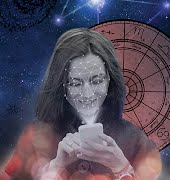 There’s no denying it; Emma Watson is a powerhouse. From acting to her duties as UN Ambassador to her involvement in amazing feminist initiatives, she is a talented and intelligent force to be reckoned with. ?Which is why, when we hear of the amount of sexism she’s suffered at?the hands of the industry, it’s hard to accurately describe how disgusted we truly feel.

She sat down with men’s magazine Esquire to discuss all things feminism, from?what it’s like to work as a?woman in the film industry and sexism features heavily. She shares the cover with Tom Hanks, who is also involved with her HeForShe initiative, the UN gender equality program she founded in 2014.

“I’ve had my arse slapped as I’ve left a room. I’ve felt scared walking home. I’ve had people following me. I don’t talk about these experiences much, because coming from me they’ll sound like a huge deal and I don’t want this to be about me, but most women I know have experienced it and worse?this is unfortunately how it is.”

She further detailed such horrid experiences in an interview on International Women’s Day.”I remember on my 18th birthday I came out of my birthday party and photographers laid down on the pavement and took photographs up my skirt, which was then published on the front of the English tabloids the next morning,” she said during a speech. ?”If they published the photographs 24 hours earlier, they would have been illegal, but because I had just turned 18 they were legal.” ?How disgusting is that?

It’s [sexism] so much more pervasive than we acknowledge. It shouldn’t be an acceptable fact of life that women should be afraid.

She went on to highlight the obvious differences in how she was objectified and treated by the mass media compared to her male colleagues.

“Obviously Dan [Radcliffe] and Rupert [Grint], who were my male co-stars, don’t wear skirts, but I think that’s just one example of how my transition to womanhood was dealt very differently by the tabloid press than it was for my male colleagues.”