Other acts include Dua Lipa, George Ezra, The Kooks, Wolf Alice and Jungle. English singer-songwriter Ben Howard will also take to the EP stage after a five-year hiatus, and he’ll be joined by art rocker St Vincent.

Organisers have promised that the list doesn’t end there, confirming on their website that there’s still more to come. For the full line-up so far, see the pic below. 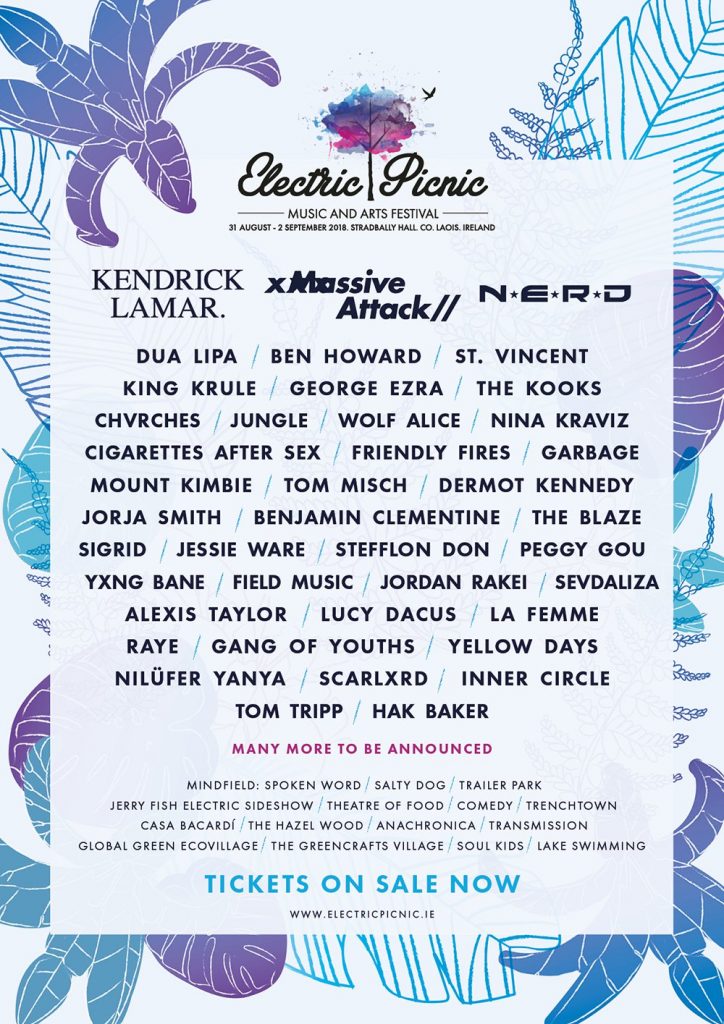 The festival, which kicks off on 31 August until 3 September, has been taking place since 2004 and loyal fans are delighted with the new line-up.

Electric Picnic line up is insane??

Electric picnic lineup is ??? seriously considering getting a ticket #ElectricPicnic2018

Absolutely great line up! Best it has been in years! Fair play ?

‘I felt shamed for wanting to have a baby in my 40s, for my ‘geriatric’ pregnancy, for choosing to wait’