My mum has a chair in the corner of her bedroom; it’s an elegant mid-century number, and one of the comfiest places to sit and chat. I’ll regularly sit there while she’s perched up on the bed, most often with my dog nestled in beside her. A little cloud of blond curls just visible between pillow and headboard.
This was the scene on Sunday, March 10, anyway, as half the country was braving the March blizzard to congregate in green at the Aviva, and the other half was polishing their sequins and steaming their tulle for the annual IMAGE Business of Beauty Awards. I was making an emergency pre-BOB pitstop
to avail of mum’s needle skills.

My outfit for the evening was neither sequinned nor tulle, but rather a two-tone silk Roland Mouret dress, lent to me (along with killer Chanel heels) by my great pal Ruth. As I watched mum painstakingly sew on a mini hook and eye, pulling the exact shade of thread from her Plantation Sugar sewing tin, I had a keen realisation that this bashed-up old tin, on the go since before I was born, was precisely one of the “tokens” – the “instant portals to memory” that Fiona Hyde talks about so beautifully in her reflective piece about memory and mothers on page 74.

While we idly chatted, my seven-year-old Alanna climbed up on the bed and began to play with the jar of buttons, spilling them out on the bedspread, then holding up different shapes to her earlobe, craning to catch herself in the mirror. And it brought to mind one simple hope: that I might turn out to be half the mother to her as her elegant bed companion has been to me.

Because once armed with that bedrock of support, we can do anything, be anything. As my colleague Dominique McMullan wrote in her post to mark #IWD2019: “By supporting each other, respecting each other’s differences and raising each other up… we are strong.” A powerful sentiment echoed throughout this issue by other women I work with and greatly admire – as Marie Kelly celebrates the women in the Irish fashion scene who are campaigning for a more realistic representation of beauty (page 26) and Meg Walker encourages us to seek parity when it comes to the burden of “emotional labour” at home alongside seeking equality in the workplace (page 125) – and Jessie Collins writes so powerfully about the importance of empathy and kindness in a world “that increasingly turns on the axis of the individual” (page 160).

Now more than ever, we need to remember to look up – and look out for others. Keep supporting, keep striving. 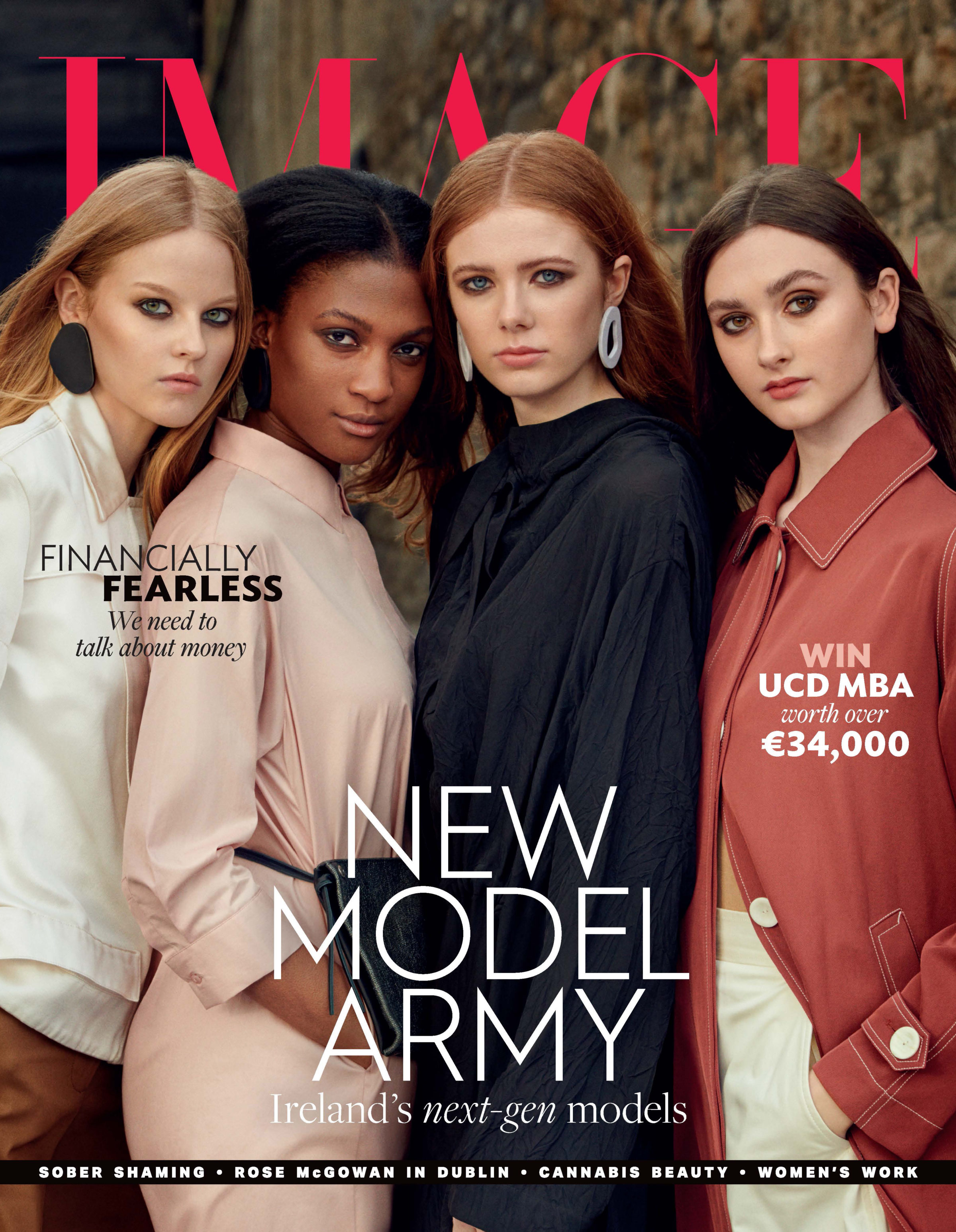 The April issue of IMAGE Magazine is on shelves now.