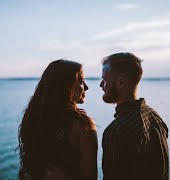 One of the defining features of 4th wave feminism is how it has harnessed technology to arm itself with the necessary tools and savvy to raise awareness around issues pertaining to women and gender inequality. A growing movement that is spreading is the Editathon, an expression which refers to the act of editing Wikipedia in an effort to better cover and improve women’s standing in its increasingly influential and vital digital depository. Academic institutions and feminist groups alike have in recent years used the editathons to great effect to even out the disparity present in Wikipedia, with women under-represented both on its pages and among its writing staff, where only 13% were reportedly women. The importance of the Editathon lies in the potential it offers women to re-write themselves into history. They’ve been taking place all over the world in the past two months, and more are scheduled for over the weekend, with Columbia University’s edtathon taking place next weekend, on March 18th.