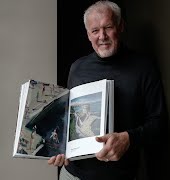 Zayn who? There’s only one man in pop music we truly care about at the moment and that’s the ginger prince – and wedding singer – himself Ed Sheeran. He may just be the most lovable man we’ve ever laid eyes on.

Adding to his ever growing list of “ah isn’t that lovely” moments, Ed took time out of his busy schedule, which includes two nights at Croke?Park in the not too distant future, to perform Thinking Out Loud to the most deserving bride and grooms.

Australian radio show KIIS 1065’s Kyle & Jackie O surprised struggling young Sydney couple Kya and Matt Debono by giving them a dream wedding, worth $80,000. The couple thought things couldn’t get any better, but they were wrong. When Ed was told by the show that the couple had chosen his song for their first dance, he offered to surprise them by performing it live. Their reactions have us looking for whoever is chopping onions in the office.

Of course, it wouldn’t be an Ed appearance without his usual awkwardness as he told the couple to “Have a good wedding and make lots of babies.” Never change Ed.