Ed Sheeran Is Taking A Break

2015 saw many talented stars come to the fore and excel in their industries. In particular, it was quite a?year for’musicians, and we can probably all agree that Ed Sheeran knocked it out of the park when it came to the men. In fact, some of us (okay, me)?like to refer to these past 12 months as the ‘Age of Ed,’ such was the power of his musical hold. The singer-songwriter has announced he will be’retiring from the public eye for a while to focus on living his life.

Sheeran has decided to shun ‘seeing the world through a screen?, announcing he is quitting all social media until next autumn at least. 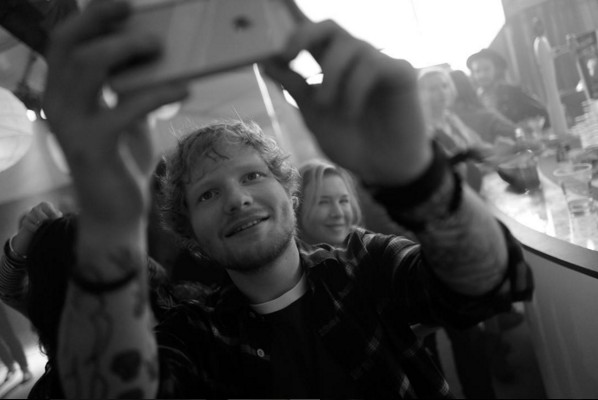 He announced his withdrawal at the end of his world tour promoting his second album, X, saying that although he was travelling the world, he wasn’t actually seeing it.

?I’m taking a break from my phone, emails and all social media for a while. I’ve had such an amazing ride over the last five years, but I find myself seeing the world through a screen and not my eyes, so I’m taking this opportunity of me not having to be anywhere or do anything to travel the world and see everything I missed.?

Amidst all the gasps of horror from his now heartbroken fans, some were surprised of his intentions, particularly as he has largely built his devoted following through social media. But don’t feel too bad, even his family and friends will not be hearing from him – ?If you love me you will understand me buggering off for a bit,? he said. And to be fair, he has had a hectic year. His love life was much discussed, he became the go-to man for numerous wedding proposals, sang duets with Beyonc? and just generally was a nice guy. This was?as well as performing at practically ever major music event going and touring and promoting his album, so the lad has earned the right?to chill. His intentions are, of course, not unheard of. Many celebrities who experience massive success in a short space of time opt to go down this route to try and make sense of the madness and live a ‘normal’ life for a while – Adele and Beyonc? did the same and Keira Knightley took a step back when her career was at its peak after Atonement, saying, “My fear is that I’ll look back at my life and realised I worked a lot but I didn’t actually live it.”

He was careful to stress that this is a pause, not an end, to his career, saying: ?The third album is on its way (yay) and is the best thing I have made thus far.” And remember, he’ll be starring in the new Bridget Jones movie, which we’re all majorly excited about. We just hope he’s not gone for too long, as we’ll miss his epic tear-jerkers (see video above) and his cameo appearances in celebrity pal snaps like this: