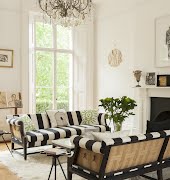 The Dublin Rape Crisis Centre received over €30,000 in donations in the few days following the Belfast rape trial verdict.

When Irish rugby players Paddy Jackson and Stuart Olding were cleared of raping a 19-year-old woman (and their friends, Blane McIlroy and Rory Harrison, were cleared of indecent exposure and perverting the course of justice, respectively) hundreds of people felt the justice system had failed her. Many believe the woman was a victim who had told the truth but was disbelieved.

Twitter exploded with the hashtag #IBelieveHer, but actions speak louder than words. Taking to their various social media channels, people began sharing the phone and text numbers to the Dublin Rape Crisis Centre, followed by screenshots of their own donations. They were determined something good would come of it.

If each of the 20.6K people (so far) tweeting #IBelieveHer could text ‘DRCC’ to 50300 to donate €2 to the @DublinRCC, imagine for far that €40000+ could go. Let’s use our anger and frustration to do some good pic.twitter.com/K72lLImKHc

The DRCC has since revealed it’s taken in over €30,000. In a post written on Facebook, they said, “We are absolutely overwhelmed by the outpouring of public support over the past few days. We have not been able to get back to everyone who contacted and donated but please know that this means so much and will go towards providing vital crisis counselling services.” They added on Twitter, “Over 16,000 people have donated in excess of €30k to help us prevent the harm & heal the trauma of rape and sexual abuse. We are grateful for your support.”

We are humbled & encouraged by the outpouring of support for survivors of sexual violence and of the DRCC. Over 16,000 people have donated in excess of €30k to help us prevent the harm & heal the trauma of rape and sexual abuse. We are grateful for your support. (1 of 2)

Please remember that we provide accompaniment services for those attending court or Garda stations as well as the Sexual Assault Treatment Unit (SATU).