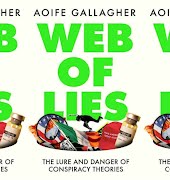 Unusually vivid dreams during the coronavirus pandemic? You’re not alone

“And then I fell into a slurry pit and died.”

Not the most positive way to greet my mother on a Tuesday but, alas, this is what occurred. I was describing to her in great detail what had transpired in my dream the night before. She looked slightly horrified as she sipped her tea and ate her bread, while I explained how I could just about smell the slurry and feel it trapping my body as I drowned.

This wasn’t the first dream I had relayed to her in such an expressive and intense nature. Over two weeks, my dreams had steadily become more vivid and life-like. Their subject was bordering on manic and their weirdness more alluring and disturbing by the night.

I had been waking up in a ball of sweat with my fists clenched by my side because something or someone had tried to kill me in my dream.

My mother too had similar dreams. She told me in dismay that she had dreamt her niece had got married and failed to invite her to the ceremony.

The bride had worn a grey dress.

And in my mother’s words, my cousin “only looked grand”.

The sheer horror of it all.

My mother and I are not alone it seems. I put a millennial ask out on Twitter wondering whether others were having chilling dreams – the resounding answer was yes.

One told me of a dream where everyone she loved and cared about abandoned her and went to get haircuts and drinks together without inviting her. This dream is frightening in so many ways. The eeriest part is the fact not one of us can get a haircut or a drink at the moment, and for our loved ones to without us is just evil.

Another explained how she dreamt frogs were chasing her and subsequently killed her. The lesson is to keep an eye out for murderous tadpoles.

Our very own Dominique McMullan dreamt she and Simon Harris fell deeply in love which I think is a fair dream to have in the current climate.

And another explained how in her dream she ran away from home and her family said she wouldn’t feel the need if she just got her stuff done on time. Truly chilling.

Many others are dreaming of catching the virus, sometimes it isn’t Covid-19 and sometimes it is. The connector is that the entity is always something sinister coming for you.

So why is it that so many of us are having animated sleep sequences? Daily life is stressful enough as it is without our dreams causing more havoc and anxiety.

Well, the sleep experts are saying that the times we now live in are directly affecting our dreams. Speaking to Grazia, dream expert Lauri Loewenberg said: ‘Dreaming is a thinking process and our dreams are a continuation of our thought stream from the day… When we are going through a stressful time in our life, our dreams will be a metaphor for the stress and magnify it.”

While Deirdre Barrett, a psychologist at Harvard Medical School and the author of The Committee of Sleep told The Cut: “Changing one’s routine dramatically often leads to more dream recall.” Barrett believes because our workaholic and partying tendencies have been quenched, we are sleeping more. Thus, this leads to more dreaming time.

The nightmares I had been subjected to were causing my sleep patterns to become broken. This made me a handful to deal with the next day and led me to take a serious look at what I was doing before I hit the hay.

A normal evening for me may have looked a lot like yours. It went: dinner, tea, a snack, the news, Netflix, more news on my phone, read WhatsApp messages, brush my teeth and wash my face, scroll for more news and sleep.

My consumption of news (fake and real) was colossal before I went to bed. We are living amid a 24-hour news cycle with the same story on repeat. This is the first time such a seismic incident has occurred in the era of social media and not one of us can discern the effects it is having on our mental states.

I began to put the phone down and consumed as little news as possible bar the basics. I avoided any articles with cataclysmic adjectives in the headlines and deleted the forwarded WhatsApp messages from your cousin’s uncle’s niece Katie who heard it from a guard.

My sleep is better and so is my dreaming. Some are still confusing but the nightmares have stopped and the flashing images of slurry pits have dimmed.

And if they are there, well, I just can’t remember them.

Read more: Tired all the time? You may be suffering from social jet lag

Want to be a good parent to your anxious child? Cut yourself some serious slack