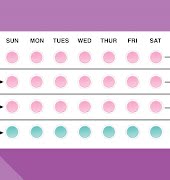 The menopause is the toughest challenge your skin will ever face: Here are products that...

Summer 2018 will go down in history as one of the hottest ever. These past three months have seen the hottest days on record be threatened, with scorching heat, dense humidity and very little rainfall. While temperatures are slowly returning to their average for this time of year, three months of blaring sunshine has made its mark. Irish landscapes are not as green as they were in April, with fields and gardens being scorched.

But while burnt yellow grass doesn’t sound like the best result of good weather, it’s had its benefits. Over the past few weeks, the social media airwaves have been set alight with citizen’s discoveries of lost archaeological monuments and historical artefacts that, without the hot weather, would have remained hidden. Whether it be from increased visibility due to a change of grass colour, or burnt-off surface due to gorse fires, this summer has seen dozens of discoveries happening across the country, making it a very exciting few months for history buffs.

In mid-July, a rapidly spreading gorse fire roared across Bray Head, with local residents having to be evacuated for their own safety while the blaze was tackled. When the fire was eventually extinguished, however, a patrolling Garda Air Support Unit made an amazing discovery. A sign spelling out ÉIRE was found on the side of the hill, believed to date from the Second World War when such signs were used to inform German and Allied troops flying overhead that they were over a neutral country. At the time, the signs were constructed with stone by local residents. Speaking to RTÉ News, a spokesperson said that such signs were commonplace on the west coast of Ireland, but unusual in the east.

A number of henges were discovered in the area around the Boyne Valley last month, likely to date back to the Neolithic Period around 2900 BC. Three large circular enclosures, ranging between 130m to 200m, were discovered in the fields of Co. Meath and are thought to have been used for ritual and religious gatherings or ceremonies. The extended period of dry weather allowed time for the Minister for Culture, Heritage and the Gaeltacht Josepha Madigan to commission further photography and investigation into the discoveries.

Yet another archaeological discovery was made in the Brú na Bóinne area last month, as agri-technology company Devenish, in partnership with UCD’s School of Archaeology, discovered a megalithic passage tomb cemetery dating back some 5500 years. While not directly linked to the hot weather, the discoveries of other monuments in the area this summer spurred on the excavation of the tomb, in which two burial chambers, a larger stone cairn and six kerbstones have been discovered. Dr Clíodhna Ní Lionáin, Devenish’s lead archaeologist for the project, said about the discovery: “for the archaeologists involved in this discovery, it is truly the find of a lifetime.”

In an area called Duninga, near Paulstown in county Kilkenny, two local photographers armed with a drone unearthed a previously unknown monument beneath a tillage field last month. Reporting the find to the National Monuments Service, the two men found that the monument had been previously completely undiscovered, with no place on any Ordance Survey map or aerial photographs. The monument was discovered purely by chance, as the two men took the opportunity of the drought weather to explore the area.