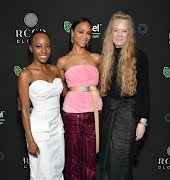 Dogs Trust has reported that they have received over 370 requests from people looking to give up their dogs in the Dublin area after the Christmas period.

On average, 10 calls were made per day to the organisation’s centre in Finglas between St Stephen’s Day and the end of January. Not having enough time to look after their new pets was one of the most common reasons for the phone calls. Dogs Trust has said the numbers are “alarming”.

Although the slogan “a dog is for life, not just for Christmas” is pushed continually around the Christmas period, the message is still not being adhered to.

Tune into #DogsTrustPuppyCam at 3pm for an update on these little guys #AdoptDontShop ?

Speaking to the Irish Sun, Dogs Trust executive Suzie Carley said, “It is extremely worrying to see an increase in the number of dogs and puppies being surrendered or abandoned after Christmas.

We have just marked the 40th anniversary of the phrase ‘A dog is for life, not just for Christmas’, and sadly this message is as relevant today as when it was first coined by Dogs Trust all those years ago.”

She is urging members of the public to consider a rescue dog if they are thinking of getting a pet and to ensure the dogs come from a reputable breeder and not from the puppy farm trade.