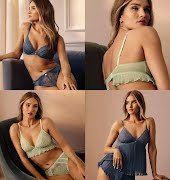 ‘I prioritised my career over my friends – and now I feel like it was...

In search of more detail about my family history, I posted out my DNA and discovered a neverending trail back in time, with fascinating people I knew very little about.

Last year, I had lunch with a journalist who’d sampled one of those DNA kits. She told me an interesting story, one she relayed in an article I had read, about a person who’d discovered long lost family members via the service. Since that lunch, I’ve come across a lot of writers and journalists who’ve also tried it out; some were motivated to find relatives, others wanted to know more about what made up their DNA, whether to answer any underlying questions about their heritage or ethnicity, or to explain health issues that didn’t quite match up to the genetic make-up they were under the belief they had.

I had always personally wondered if my own heritage was just what I had been told. American-born, I was surrounded by folks exclaiming they were “Irish” or “Italian” or “Greek”… We’re often teased about this aspect of American culture, and it’s one I’ve never particularly subscribed to myself (you wouldn’t see me sporting head-to-toe green on St Patrick’s Day nor professing my Irish ancestry at any age back when I lived in the US), but try and understand that, for many Americans, this is the “culture” some feel they need to cling to in order to stand out amongst peer groups in what is a huge nation of mixed subcultures. But as I say, it wasn’t something I was fond of doing. Probably because, growing up, I was the daughter of a Texan living in Boston, or a Bostonian spending her summers in Texas, so I always felt different enough, wherever I was residing.

However, as a child, I was always told we were nearly 100 per cent Irish, with a bit of English and a smidgeon of German, both from my dad’s side. How this was calculated, I still don’t know. What I did know, though, came via my aunt Carolyn and her husband Walter. My mother’s eldest sibling, Carolyn knew my grandfather’s family (my mother was very young when they stopped making visits to Ohio to see them) and her husband took a huge interest in piecing together our family tree. We know a little bit about my great-grandmother, Margaret O’Brien, from Carnaross, Co Meath. Walter and Carolyn even took my grandmother to visit the family home many years ago (a visit I later repeated with my own mother on her first trip here). A few years ago, Walter asked us all for as many details as we could offer to help him put together our greater family tree. Walter sadly passed away four years ago; Carolyn followed him only last year; but their children discovered many treasures in their family home – old photographs to help them piece together the stories behind these ancestors we’ve all heard so much about.

My own investigation begins
And so, when I received my own results from Ancestry.co.uk (for those unfamiliar with the process, you receive a kit, fill out an online profile, and send a sample of your saliva in a vial which you post to the company for DNA analysis) there were no real surprises (okay, I’m 54 per cent Irish; 44 per cent of me is from England, Wales and Northwestern Europe; and I’m apparently two per cent Swedish – that one I must investigate a little further) but I’ve decided to take up where Walter left off, just as his own children have been doing since his research was paused so suddenly. I’ve become rather fascinated by people whose names have been mentioned over my lifetime but of whom I now have photographs (thanks to the cousins who uploaded them) and birth, marriage and/or death registrations (thanks to the internet) that tell me a little bit more and help to fill in the story of who I am.

Taking stock
When life seems to fly by so, so quickly (I still haven’t made baby albums for my children, who are now 13 and 10!), it’s nice to pause and pay homage to the many lives that existed before us; the family we never knew. Even the ones we do know – in building my family tree, I’ve come across obituaries of aunts and uncles that offered me further insight into the wonderful people they were. And it makes me think of what I would like written about me when I’m gone. I think I have some living to do, and quite a few goals to reach for. In the meantime, I think I’ll take out my great-grandmother Margaret’s china set and toast to her life, and that of her children, grandchildren, great-grandchildren and everyone thereafter as well as before her.

And yes, some people will baulk at the idea of releasing one’s DNA and data to a random company; that, I’m afraid, is just a personal decision each individual needs to make for themselves. I, for one, figure my data is already all over the internet, so I might as well learn something from it.

Why is the shared experience of a pandemic making me feel more alone?