Something to do in lockdown? Sort out the photos at home

10 binge-worthy royal TV series and films to watch while in lockdown (that aren’t The...

Delving into the life of Lucienne Day in a new exhibition, one of the first “celebrity designers”

Even if you’ve never heard of Lucienne Day, you might recognise some of her iconic designs. As one of the most prominent fabric designers in Britain in the 1950s and 60s, her work had enormous influence. An exhibition of her work opens in Dublin castle on July 20 in The Coach House Gallery, Dublin Castle, and one of its curators, Professor Emma Hunt, explains why Day’s work is still important to examine today.

“We wanted to acknowledge her amazing contribution to design. The textiles of Lucienne Day were very important in post war Britain, they added a great sense of something good happening after the gloom of the war. They were vibrant and modern in their outlook.”

To curate this exhibition, Professor Hunt teamed up with Lucienne’s daughter, Paula Day, which brought an interesting mix of perspectives, both educational and personal. “We decided to split the exhibition into a photographic essay of her life and her work, and intersperse that with images of her drawings and her designs,” Professor Hunt explains. “And then to complement that, we have some of her reissued designs.” These reissued designs are hung floor to ceiling, allowing their bold, colourful designs to take centre stage. 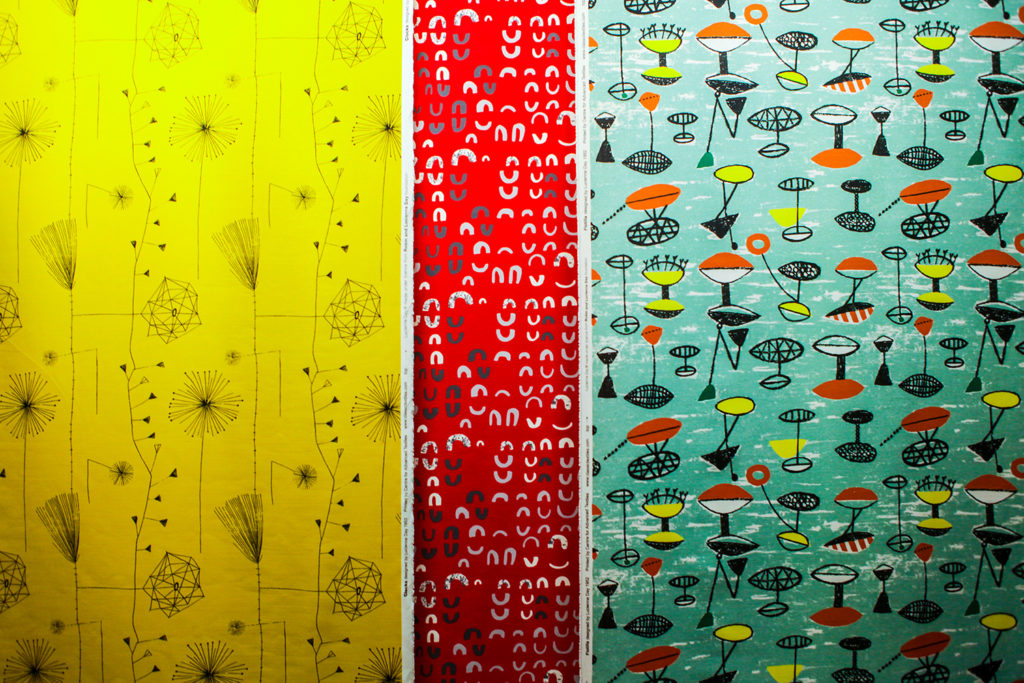 Professor Hunt points out that Day’s fabrics are usually seen as they would have been in their final use, such as being made into a cushion, or used to upholster a chair. “A lot of these fabrics could drop to about four metres in length, so if you actually see a long length of the fabric you see of the pattern repeat, and get a sense of the actual design. In many exhibitions you get only very small samples of fabric, so we wanted to give it something much bolder.”

One of the most fascinating aspects of Day’s career is that along with her furniture designer husband Robin, they were one of the first celebrity design couples. A result of this, Professor Hunt explains, is that Lucienne was very conscious of her own image, and in a way was always curating her own ‘brand’.

“She really broke away from the traditional path of being an in-house designer, she wanted to be freelance. It’s very common now, but it wasn’t really the case in those days,” Professor Hunt explains. “You normally attached yourself to a big company, but she didn’t want to be restricted by that. She certainly invented herself as her own brand. A lot of the photographs of her are very produced or choreographed in some way. Even though it might just be her putting up a set of curtains in her kitchen, you can see that they are very carefully planned.” 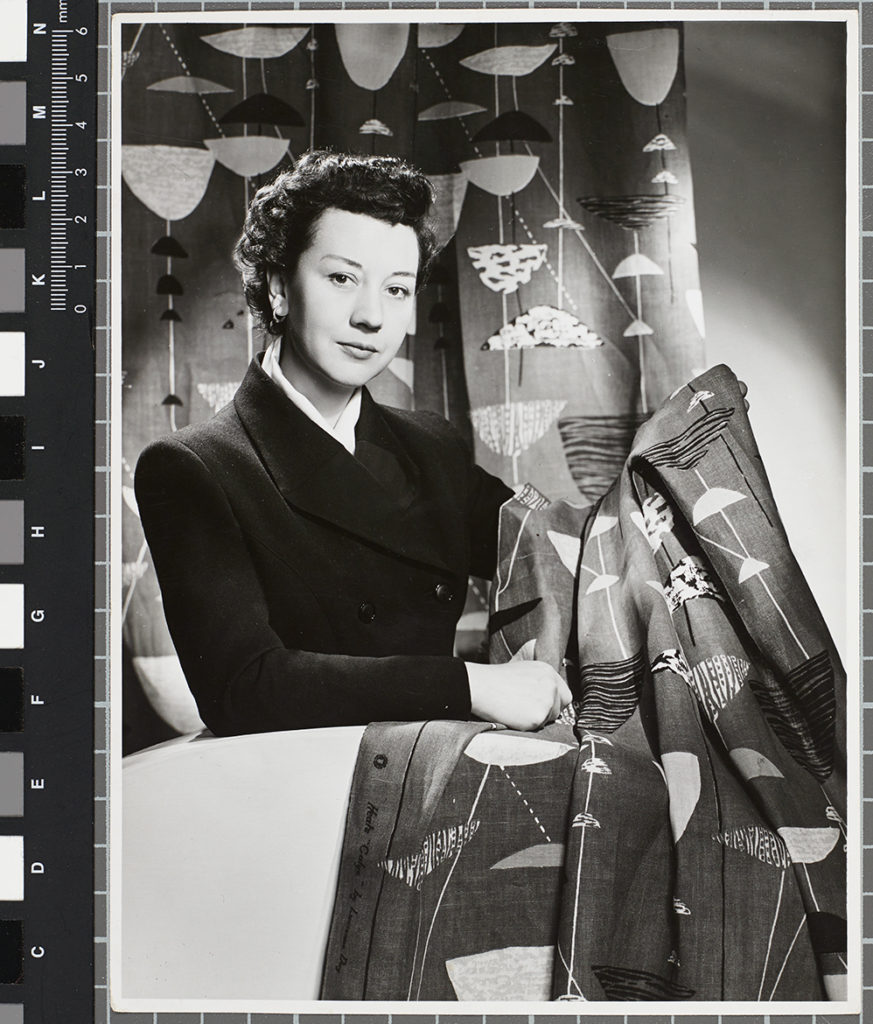 In an era where many middle-class women still did not work at all, Lucienne’s insistence at being the face of her own designs was quite radical. “She’s probably one of the first female designers to really take it on herself, to set her own stall out that it was her design, so it was her name on them,” Professor Hunt explains.

Her work was also important because she believed it should be widely accessible. Good design, in her opinion, should be available to everybody. Her designs were printed on modern fabrics that emerged out of the war years, like rayon acetate, which made them affordable in post-war Britain for the many new homes that were being built. As Professor Hunt explains:  “Her and Robin would describe it as buying art by the yard. It meant people could afford contemporary art in their home by having contemporary designs on modern fabric.”

Cool prints from 5 Irish illustrators to brighten up your walls

Here are 6 women to watch in Irish design and craft