In Defense Of The Modern Hipster

You may snigger at their sartorial choices and deride their alternative diets, but self-confessed hipster SOPHIE WHITE says we’ve a lot to thank this much-maligned tribe for.

When Groupon launched a clip-on man bun for $9.99 last Christmas, it raised some questions: Have we finally hit peak-hipster? Are hipsters a dying breed? And seriously, who wants a clip-on polyester man bun anyway? As a self-confessed hipster I was troubled to hear of this untimely demise. That’s right, I am a loud and proud, card-carrying, bike-riding, kale-massaging hipster. You don’t hear a lot of hipsters owning up to it, do you? In a weird kind of inverted version of ?I think, therefore I am?, I often think of the hipster identity crisis as ?I deny it. Therefore, I am (a hipster)?.

Given that people refuse to self-identify as hipsters, I’ve begun to wonder if perhaps we’re more of a mythological breed – like unicorns – than a dying breed? Even I was in denial about my hipster identity at one point – until I realised that I embodied almost all of the hallmarks of the modern hipster: bicycles, tattoos, lumberjack attire, vintage crockery in my home, a toddler raised primarily on kale smoothies and avocados. I just needed to admit it to myself. I am a hipster, and loads of my friends are hipsters (we once threw a surprise party, and the biggest logistical issue we faced was trying to hide all the bikes parked outside from the birthday boy). 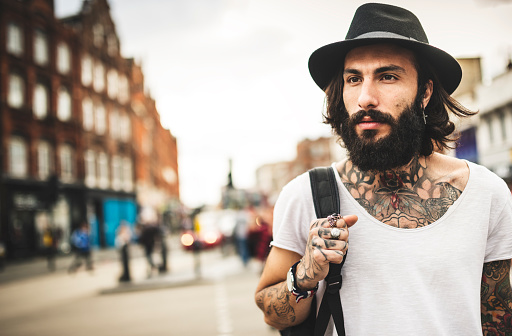 But it’s no wonder hipsters are feeling unmoored and at a loss these days. We are serially sneered at by the mainstream for being pretentious or poseurs, while the self-same jeerers then appropriate our hipster heritage for commercial gain. Can you blame us for having something of an existential crisis when we see a moustache-patterned Peter Pan-collared shirt in the window of Penneys? Video killed the radio star and now fast fashion is appropriating our quirkiness, dammit. How can we remain offbeat and niche when everyone claims to care about coffee as much as we do and Urban Outfitters is selling Polaroid cameras and record players you can plug your iPhone into?

I find it odd that everybody from curmudgeonly radio presenters to viotriolic bloggers (there’s many a Tumblr account dedicated to Hipster Hate) are so down on us. Some argue that hipsters, in trying to be different, have ended up identical, but I posit that the herd is a herd, the non-herd is a herd – we humans have a herd mentality. ?We are all individuals; we are all different. I’m not.? as Monty Python’s Life of Brian reminds us. So I enlisted the help of Claire Hyland, Director of insights, YouthLab, with Dublin communications agency, Thinkhouse, (and owner of some very cool statement eyewear – just sayin?) to explore where the hipster goes from here. 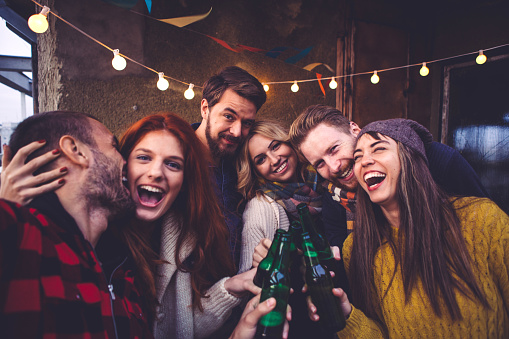 Hyland actually witnessed the birth of the modern hipster back in the early noughties when working for The Future Laboratory in New York. In her role as Trend Analyst, she was dispatched to Brooklyn to observe the movement, which she thinks may have been a rejection of the 1990s fixation with status brands and commercialism. ?The early noughties was the start of the hipster explosion and Williamsburg was the epicenter of Hipsterville in America. I remember getting off the train there and genuinely feeling as if I had gone back in time. It was a very distinct community then.? Ironically, hipsters soon began to become much less distinct. ?There were different types of hipsters originally,? explains Hyland, ?the trust fund kids who were super-rich, the college-educated who were middle to upper-class, and then there was what I suppose were the true bohemian hipsters, people who genuinely sought out alternative experiences. I think the fun poked at hipsters is directed towards those who have tapped into the lifestyle aesthetically, rather than living by its values.? Over the years, the hipster culture has infiltrated almost every sector of society, from fashion and food to music and beverages, to cars (Volkswagon used four hipster guys in one of their car adverts in 2010). Talking to Hyland, I realise that it isn’t a case of evil market overlords trying to cash in on the hipster dollar, but rather the hipster has become mainstream because a new generation of young adults are demanding more from the products they buy, and are more interested in seeking out life experiences than buying stuff for the sake of it. The hipster explosion has probably served the next generation well, Hyland explains. ?Standards in the marketing industry have risen as a result of the rise of the hipster. [It’s led to] a recognition that people are interested in a lot of varied things. Even ten years ago, consumer profiles were very mainstream and cookie cutter.”

Whether you loathe the thought of being a hipster or have made peace with your inner uni-cycling craft beer enthusiast, you can’t argue that in our heavily curated digital lives, every decision we make, from our choice of hot beverage to the type of Penny-farthing bike we ride is a statement. And this is making a big difference on a very real level. Retail giants like H&M and Topshop produce conscientious ethical fashion and jewellery labels collaborate with charities. However you feel about the hipster: Pied Piper of ridiculousness, legitimate bohemian, shameless poseur or social activist, the lasting influence of this much-maligned tribe is largely positive. And they gave us avocados for goodness sake.