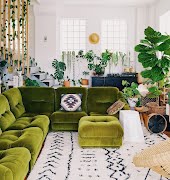 The horrific murder of Declan Flynn in a Dublin park in 1982 sparked the first major demonstration of gay activism Ireland had ever witnessed and the beginnings of Dublin Pride history.

You’ve probably heard of Stonewall Inn, where a police raid on June 28, 1969 on the well-known gay bar initiated a series of riots and protests, resulting in the first Pride parade in 1970.

However, Dublin’s own Pride parade did not occur for another 13 years and also as a result of violent circumstances. Prior to 1983, Dublin was beginning to see the emergence of the now blossoming LGBTQI+ scene and had begun celebrating gay and lesbian rights each June and marching in small numbers.

Same-sex sexuality was still illegal then (and remained illegal until 1993) so it was a huge risk to be seen campaigning publicly for it. However, it would take the brutal murder of a man and an outrageously lenient sentence for the four teenage murderers to really ignite the flame across the Atlantic.

Declan Flynn was 31. He wasn’t heavily involved in gay rights activism and very few people, not even his family, knew that he was gay. Described as quiet and gentle, he worked for Aer Rianta, the predecessor to DAA at Dublin Airport.

Mr Flynn lived on the Swords Road, and on the evening of September 9, 1982, he was walking home through Fairview Park. The area was a popular gay cruising area at the time and that summer a number of homophobic attacks had occurred in the park. It was about 1.30 in the morning when he was set upon by four teenagers, Anthony Maher (19), Robert Alan Armstrong (18), Patrick Kavanagh (18), Colm Donovan (17) and a 14-year-old boy who could not be named for legal reasons.

The four admitted their crime to the Gardai, stating, “we were part of the team to get rid of queers from Fairview Park… A few of us had been queer-bashing for about six weeks before and battered about 20 steamers.”

They claimed they had not intended to kill Declan Flynn, chasing him and beating him with sticks while he lay on the ground. As blood began to pour from his mouth, they called 999, robbed him of his wallet and watch before leaving him there. Declan Flynn died soon afterwards of asphyxia from blood in his lungs and throat.

All four pleaded guilty to manslaughter but Justice Seán Gannon gave them all suspended sentences, claiming that, “this could never be regarded as murder” and mentioning that all the boys came from good homes. It was said that the sounds of celebration rang around the neighbourhood when the suspended sentences were announced.

Despite this, there was almost immediately a pushback against the sentencing, with the Dail requesting a report on the result and demands for Justice Seán Gannon to be dismissed. However, little came of this and the sentencing remained as it was, although Armstrong later served 10 years in prison for the rape of a woman who was seven months pregnant in 1987.

Dublin’s gay and lesbian community responded to the murder with the largest gay rights demonstration ever seen in Ireland in March, 1983, easily outstripping the numbers of the first official Pride parade scheduled for later that year.

About 400 demonstrators walked from Liberty Hall to Fairview Park calling for the end of violence against homosexuals, lesbians and women. The protest included a number of people who were not from the community and members of a number of trade unions, making it easier to remain anonymous.

Coupled with the Pride parade that happened that June, 1983 is marked as a significant turning point for LGBTQI+ rights in Ireland. Homosexuality was decriminalised in 1993 during Pride week and from the late 1990s the festival has been attended by thousands each year.

It’s poignant and sad that much like the recent murder of George Floyd, it often takes an act of grotesque violence to shake the foundations of long-standing discrimination. In 2015, a pedestrian bridge in Fairveiw Park was renamed after Declan Flynn and was decorated with flowers and tributes on the day that the Marriage Equality referendum passed in May, 2015.

Read more: The history of the Pride festival and what it has now come to symbolise

Read more: My trans child: ‘Everyone’s journey is different, but seeing your child happy is every parent’s ultimate goal’