Staying in on a long Summer’s evening?is one of life’s greatest pleasures.?

It’s the ultimate indulgence to curl up on the sofa while everyone else is out jogging or stand up paddleboarding or eating out – making the most of life basically. A crappy June evening is the perfect excuse to bed in and catch up with the couch. 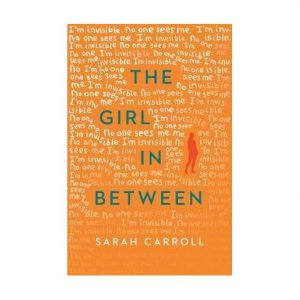 A gripping read is just what we need on a gloomy June night and the latest Irish YA sensation, Sarah Carroll’s debut novel provides just that. The Girl In Between is a beautifully written contemporary ghost story that is as lyrical, as it is hard hitting. Dealing with issues like addiction and homelessness in an entirely new way, this novel is utterly engrossing – I devoured it in one night – and stays with you long after the final (totally devastating) page. Buy it for your Kindle?here. 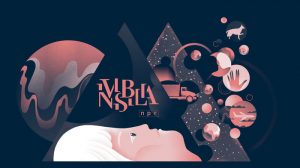 If you don’t already love Invisibilia hosts?Alix Spiegel, Lulu Miller and Hanna Rosin then you have some very enjoyable catching up to do. Invisibilia explores the invisible forces that shape human behavior – thoughts, emotions, assumptions, expectations and the third season of this totally addictive series has just landed. Listen here.

Get Nostalgic On Netflix 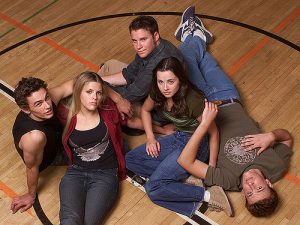 Freaks and Geeks is the greatest failed show of all time (it was rated #21 on TV Guide‘s Top Cult Shows Ever) and the whole first and only (*sob*) series is available on Netflix. Before Girls and Undeclared and Knocked Up and Bridesmaids, creators Judd Apatow and Paul Feig made this high school drama starring a young everyone (Busy Philips, James Franco, Seth Rogen, Jason Segal). Made in 2000 and set circa 1980, Freaks and Geeks?follows the misfits of Chippewa Valley High School. Despite being nearly 20 years old, this show still feels current with its painfully realistic and relatable portrayal of adolescence. It was ahead of its time, there was even a trans character which may have contributed to the abrupt departure from our screens back in the (less enlightened) day.