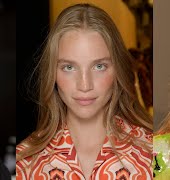 The chief danger when spending your time stuck in front of a computer is the feeling of oversaturation – of being bombarded and lambasted with variety, beauty, drivel and nonsense to the point that it leaves you numb. It’s obvious enough that it stops you from concentrating, obvious too that it leads you astray into a maze of links and free associatives you cannot find your way back from. But at its most venomous it leaves you drained and creatively stunted. So a practice I’ve taken up is ?cleansing my online palate?. It’s a bit elitist, a bit OCD, a little self- indulgent, but I’ll brazen it out and say it’s vital. This is where I go when I need to purify and sharpen my thoughts ?

FreundevonFreunden ? This is top of my list and for good reason. Since being introduced to this website (via Shane Cox), I retreat to its sanctum with ritualistic regularity. Its main strength is in creating a snapshot of someone’s life through diligently curated photography, writing and subject-matters, producing a pared-back, flawless aesthetic. Everything it contains is perfect – the lives depicted like something out of a well-crafted and addictive indie movie. All the more striking because these are common mortals, not celebrities or millionaires – just people with the know-how to make life richer and more beautiful. Never gives you that Facebook-life-envy feeling, just restores your faith in truth, love and beauty.

Rookie ? Tavi Gevinson has come of age but her amazing online magazine aimed at teenage girls still remains pitch-perfect. I must confess had it existed when I was 16, I probably would not have read it as I would’ve considered it too ‘girly?, but at 24 I bask in the nostalgic throw-back to my teens it affords me and the slightly comical teenage angsty stuff. It is also alarmingly clever and well-written, mainly by teenage girls. The photos, notably Petra Collins’ photographs, are so good that Dazed and Confused has picked up some of their contributors. My favourite section however is ?Ask a grown man? where famous men act as agony aunts, answering teenage girls’ questions. Jon Hamm of Mad Men does an excellent one – “Everybody farts.” Priceless.

The American Reader ? This literary review has been a guide and bible to me ever since I discovered it a year ago. This is in no small part due to its compelling and charismatic editor, Uzoamaka Maduka. A socialite, Princeton graduate, and assiduous kimono and tunic wearer, Maduka’s Editor’s Foreword for the launch of The American Reader (at a time when literary reviews are doing badly) won me over by delivering an articulate, defiant and intelligent justification for its own existence. And she’s also only 25. I have been a disciple ever since. Combining criticism with a sassy urbane voice, some heavy hitters and left-of-centre writers and poets, it has to be the most exciting publication of its kind in recent years.

Notvogue ? When trying to hold strong against waves of nonsense, press releases and clever gimmicks to get you into a state of dissatisfied consuming, it’s necessary to keep a skeptic’s cock of the head close to hand. Stephen Okely’s blog-cum-installation takes as its mission the criticism of the world of designer fashion by arranging captioned images one can scroll through. An effective daily slap in the face to waken you from dangerous lethargy and look twice at all there is before you – like Slavoj Zizek’s ?critique-of-ideology glasses? it makes you see everything the fashion industry without question and see it for what it actually stands for.