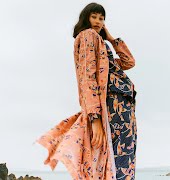 COO of Gilt: ‘I went into work while in labour. I thought I had something to prove’

Fidelma Healy, Chief Operations Office of Gilt, one of the largest online luxury brand retailers in the world recently spoke to Sinead Brady about her career. She talks candidly about standing up for what she believed to be right in a toxic work environment even when she risked loosing her job. She shares her secret weapon for success and reminded Sinead that while ‘tech is important we need to get up off our ‘asses’ and talk to people face-to-face.’

On a typical day

I get a lot done in the morning before people get up. So I get up between 5am and 5.30am. Working for a US company means mornings are when I am productive. I clear off my emails to free up time to deal with internal and external meetings with my teams in the US or Limerick.

I work on a global calendar so I have meetings with people from all over the world. I travel to Limerick to our other office and to the States. I don’t travel as much now as the beginning but it works for me.

I go to the gym or for a run several times during the week. And one evening per week I go to choir.

On stepping back in her career to move forward

I have never been afraid of a new opportunity. From a career point of view, you can box yourself in and narrow your options. You might say ‘I could never go for that or they wouldn’t look at me’. But I believe ‘What’s the worst that could happen’. That has paid dividends for me.

Early in my career, I was in a job that I was successful in but I was bored. I needed to work for a more experienced person so I changed jobs and took a pay cut for a more junior role. Instead of being the head of a department I worked for people I could learn from. That move rounded off my CV and in many ways got me where I am today.

It wasn’t easy but stepping backwards in the short-term to move forwards eventually was the best decision I ever made.

About 10 years into my career I had this moment in work because I didn’t want to work for a company that treats it’s people badly. I had a choice to make. I had to speak up even though I knew it might have a negative impact on my career.

The company ultimately supported me, but they may not have. That moment stays with me. It was so difficult but I had to do the right thing. People have to remember that as a leader you have an impact on the people you work with and not just on their work lives but on their lives outside of work as well. You have to deal with people as people.

If the company went against me I could have lost my job. But I was always very clear that my personal and professional integrity had to match.

Mental health needs to be more openly spoken about in the workplace to make sure that the stigma attached to stress, anxiety and other mental health issues are dealt with.

We need to make it a habit to ask each other ‘are you ok?’. It’s such a powerful question and it might help that person to speak to someone else or it might trigger than to talk to you.

We have to start helping people to be ok with not being ok. People need to feel safe enough to ask for help without feeling they will be stigmatized. Just asking is enough to show that you care.

Talk, Talk, Talk. There is place for tech and it can’t be ignored but face-to-face conversations build relationships. Treating people in work as humans, mothers, fathers, sisters, brothers, friends, parents, who bring life from outside work into work is so important. So instead of an email I pick up the phone or just walk to their desk. You could say it takes up valuable time but it only takes up your time if you see it as a separate task. If you develop a leadership mindset and integrate conversations and relationship building into your role, it’s no longer about time it’s simply what you do.

Some say it’s old-fashioned, I say it’s vital. Anyone can do it and it helps everyone.

On dealing with failure

There is nothing you can do about what has already happened but you can damn well focus on making sure you learn from it. In fact, what you do tomorrow is more important than ever. Refocus, shift perspective and swap the lens. If you need help, ask for, accept the help and then grow from it. When things go wrong it’s easy to say ‘I’ll have a glass of wine, comfort eat and not move off the sofa.’ These things become crippling. Make a choice and take control but whatever you do do something that moves you forward. It may not be the solution or even the answer but do something that proactive.

It seems crazy now but I went into work while in labour. I thought I had something to prove

It’s not all about work. But I didn’t always think like that especially at the start of my career. What I once thought was important I now know is not.

It seems crazy now but I went into work while in labour. I thought I had something to prove and that I needed to clear my desk. Other people could see I wasn’t minding myself but I couldn’t.

Now I am busy but I get the simple things right – eating well, exercising, and switch off. I do something different everyday outside of work, choir, running, meeting friends or family. I have to consciously make time for these things – they don’t just happen but I need them to feel truly successful. As as I look back I don’t think being a workaholic got me into positions more quickly than my peers in fact it might have held me back.