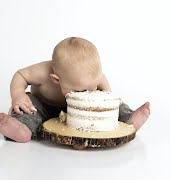 Chrissy Teigen is the queen of oversharing. Usually it’s in good humour, self-deprecating and irreverent. She doesn’t take herself too seriously. But unearthed tweets from her youth show a more sinister side to her casual don’t-give-a-f*ck clap-backs.

“Farrah Abraham now thinks she’s pregnant from her sex tape,” Teigen tweeted in 2013. “In other news, you’re a whore and everyone hates you.”

According to Courtney Stodden, the child bride of 51-year-old Doug Hutchison, Teigen “wouldn’t just publicly tweet about wanting me to take ‘a dirt nap’ but would privately DM me and tell me to kill myself.”

“She stalked me. She harassed me. She bullied me, and keep in mind, I was a minor” Stodden revealed about supermodel Teigen. “She would call me a whore, a slut, she would tell me she hated me. Every name in the book she called me.”

10 years after telling 16-year-old Stodden to take her own life, Teigen apologised: “I am ashamed and completely embarrassed at my behavior, but that is nothing compared to how I made Courtney feel. I’ve worked so hard to give you guys joy and be beloved, and the feeling of letting you down is nearly unbearable. Truly, not my only mistakes and surely won’t be my last as hard as I try, but God, I will try.”

This isn’t about letting her fans down. It’s about the fact that she harassed and attacked a 16-year-old.

But this was just the way people talked about Courtney Stodden’s relationship in 2011. Instead of asking what was wrong with the creepy 51-year-old adult having sex with a child, we made Courtney Stodden, who’d been groomed and abused, a target for slut-shaming.

“He’s punching” the narrative went. “but she…what a psycho.”

Stodden recently told The Daily Beast. “People came out of the woodwork to beat up on a kid because she was in a situation that she shouldn’t have been in. There were a lot of celebrities acting like playground bullies.”

What is problematic is that Chrissy Teigen, although the victim of abuse and scrutiny herself, trash-talked a lot of younger female celebs back then – about their weight, their self-harm, the way they looked.

That was the culture many of us grew up in.  Tiegen certainly wasn’t alone in targetting women for their perceived sexual exploits. And while there is never a good time to hurl such misogynistic insults at anyone, it’s a disgusting reminder of the type of abuse women faced for how they looked or acted. Even more disappointing that it was a woman tearing down another.

In a vile past tweet, Teigen also appeared to be making a cruel jibe at Mariah’s weight in one post when the singer was pregnant.

“Why is anyone surprised Mariah is having twins?” Chrissy tweeted at the time. “I was always pretty positive there were 2-15 babies growing inside of her.”

Mother-of-two Teigen has since explained her behaviour by putting it down to insecurity and attention-seeking, but its opened up old wounds, just like the uncomfortable Letterman interview with Lindsay Lohan.

It’s made us all wonder how we let these things happen.

It shows how far we’ve come while also holding up a mirror to how much we were prepared to tolerate. The resurrection of the tweets highlights two other points worth mentioning. Firstly, what goes around comes around (not that Teigen now deserves to be shamed herself, but instead it’s created this vicious circle of abusing and then becoming the abused).

The other point is that celebrities really should think twice before “speaking their truth.” Not only does it usually end badly, but it never dates well either.