You better believe it. Our Jo met the mega hunk and new face of Armani Code Ice, Chris Pine for a chat about Irish connections, red carpet rules and his weakness for an Irish accent ?

OK Chris, pop quiz: Ireland. Whatta you know?
Well, I’ve been to the Aran Islands, Inismore and Galway and I’m sure I have Irish blood in me, as every American on the planet does! I love (Martin) McDonagh. I think he’s one of the best playwrights today. Oh, and I do have a special affinity for the Belfast accent and a Northern Ireland accent. I didn’t do a full-on Galway Aran Island accent when I played in a production of The Lieutenant of Inishmore. It was for an American audience so I did a very dummied down version of which I’m not too proud ?

Don’t worry, we put it to the office and we were VERY satisfied that you did the accent well.
Well, I appreciate that very much – thank you!

Your roles have been pretty varied – is that something you do consciously? Like, you’ve gone from Star Trek to the prince in Disney’s new Cinderella adaptation Into the Woods to a comedy role in Horrible Bosses 2.
It’s just more fun than doing the same thing over and over again. I enjoy singing so the opportunity to sing on camera for that movie (Into The Woods) was great. It’s also nice not to be a lead! I got to come in for 2 weeks on Horrible Bosses and then get out! And working with Jason Bateman, Meryl Streep and Emily Blunt was great, they’re all amazing.

So, Armani. We’ve sussed out the team and they’ve really loved dressing you for red carpet events. Was that what led you to becoming the face of Armani Code?
It actually began with the fact that I really respect Mr. Armani’s work, from the story of him as a craftsman to the story of him as a person. Anyone who opens a million dollar 5th Avenue store and in the same day gives money to the schools in New York who need dough, that speaks to the man. As an artist and a craftsman and as a person of the world, he’s incredible. The craftsmanship is exactly what I look for in the clothing – simple, great lines, elegant, tasteful, timeless?

So you like to get dressed up?
As an actor, for some of our favourite actors of all time clothing has been a great part of the image of it all. Marlon Brando in A Streetcar Named Desire with the t-shirt and the sailor pants, or Paul Newman with his Rolex and the Daytona and his ID bracelet – I mean they’re iconic images and clothing is a huge part of it. 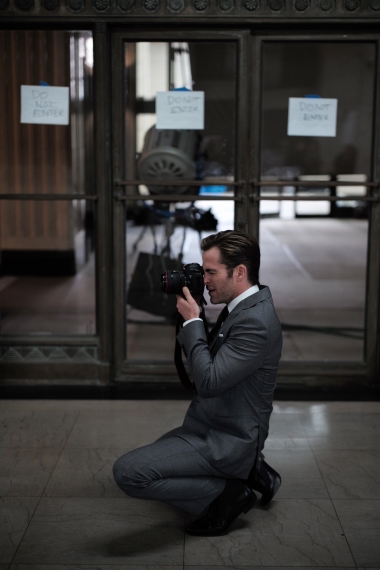 So are you the person quizzing the costume department on set? Annoying them with loads of questions?
Absolutely! I recently worked with Coleen Atwood on Into The Woods. She’s a multiple academy award winner and to see the craftsmanship of these pieces is unbelievable. To learn the language of clothing was incredible, from stitching to the different materials involved and references they’re using and the time it takes – Clothing is a big part of Hollywood and I enjoy being part of it.

Favourite piece of clothing?
I found these white crewneck cotton t-shirts, I don’t even remember where, but the cotton must be from angels. I would sleep with it and use it as a pillow if I could. Whenever I travel I take them with me.

Pet peeve?
I hate watching myself. I’m in the business of movies so I have to but it’s painful! I mean, yeesh. First of all, you want to do a good job and there are so many times you’ll think ?Ok, I KNOW I did different versions of that take, why did they choose THAT one?? or, ?why was I so bad in that scene?? and of course you’re going to be critical, but it’s your work and your face and you take pride in it and often want to do a better job. And physically seeing yourself projected on the screen is like mortifying, just mortifying. I had really bad acne as a kid (note; at this stage I am so overcome with an image of Chris as a wee little spot-faced boy I scream awwwww!) so every time I see myself I’m like, ?that pock mark is THAT big.? ?You know, you’re a human being. You do get used to it over time. At this stage I’ve seen myself from so many sides and so many angles. You get over it. 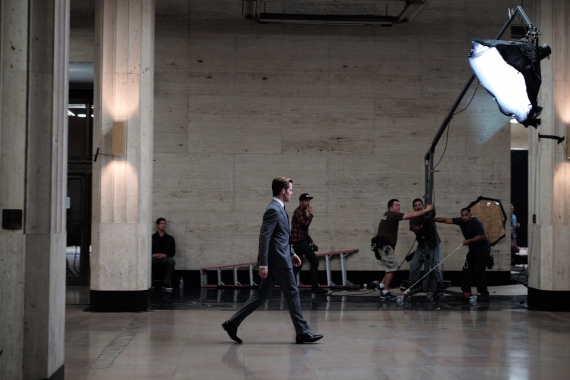 Favourite website
I love this one called atavist.com, which is a collection of fiction.

So would you choose that by default?
(silence) Not necessarily ?

Your people are there! Your family!
Oh I don’t know – New York – It’s pretty great.

You studied in England but we hear you ALMOST chose Trinity. Rats!
Yeah, I chose English ?cos I wasn’t sure what I wanted to do and I like reading. I didn’t actually choose Leeds. I was late getting my stuff together for studying abroad and it was way down on my list but it ended up being great. I got to learn to have a good time because the northerners know how to have a really good time. But on the studying side they have a great English program and it was really fun. On spring break I went to Italy for the first time ? 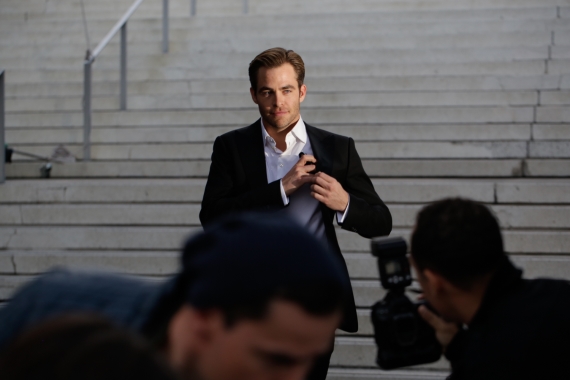 What do you miss about Leeds college life? Not hangovers obviously!
I liked the deadlines. I don’t miss writing papers at all? and I REALLY don’t miss math class. It was all very simply really

I get the feeling you were a secret grungy teenager. Am I right?
Yes! Ugh, when Kurt Cobain died, I remember where I was when that happened. I think skipped school. I definitely went through that whole phase – I listen to all sorts of music now but I love Jazz. That’s my go to. I don’t use an iPod. I read on flights or watch movies. I just inherited all of my dad’s old LPs and turntables, which is very exciting.

What’s he going to do? You’ve taken all of his music!
No he’s got iTunes! He’s all good.

OK, last question: What are you watching right now?
I don’t watch TV much, but House Of Cards and Breaking Bad. And I must catch up on Downton Abbey. Cable TV has some of the best artists right now. There isn’t as much of a disparity between TV and film now.