Australia and New Zealand may bicker over where pavlova was invented, but it certainly played a starring role in celebratory meals when I was growing up in Sydney. This version of the classic meringue-topped-with-fruit-and-cream dessert is gloriously gooey and, to be honest, a little messy. The crisp meringue conceals a decadent heart of oozing chocolate, and the rhubarb provides a tangy counterpoint to all the richness.

Method
Preheat the oven to 120°C/gas mark ½. On a sheet of baking paper, mark out a circle roughly 20cm in diameter using a plate or pan lid as a guide. Place on a baking sheet and set aside.

Melt the chocolate in a heatproof bowl set over a pan of barely simmering water, making sure the bottom of the bowl doesn’t touch the water. Remove the bowl from the pan and set aside to cool to lukewarm or room temperature.

In a scrupulously clean bowl with electric beaters or in a stand mixer, whisk the egg whites to stiff peaks. Gradually add the sugar and salt, beating constantly, until thick and glossy. It’s crucial that the mixture is very stiff.

Pour the cooled chocolate over the meringue – don’t stir or beat it in. Scoop the mixture into the circle marked out on the baking paper to make a neat round, retaining some swirls of chocolate in the meringue. Bake for 1 hour, 15 minutes until crisp on the outside.

Meanwhile, make the cacao nib cream. Pour 120ml of the cream into a small pan and add the cacao nibs. Bring almost to the boil, then remove the pan from the heat and set aside to infuse and cool.

Strain the cooled infused cream and discard the nibs. Whip the remaining cream until it barely holds its shape, then stir in the infused cream.

To assemble the pavlova, top the meringue with the cream and then the rhubarb and any pan juices, and serve immediately. 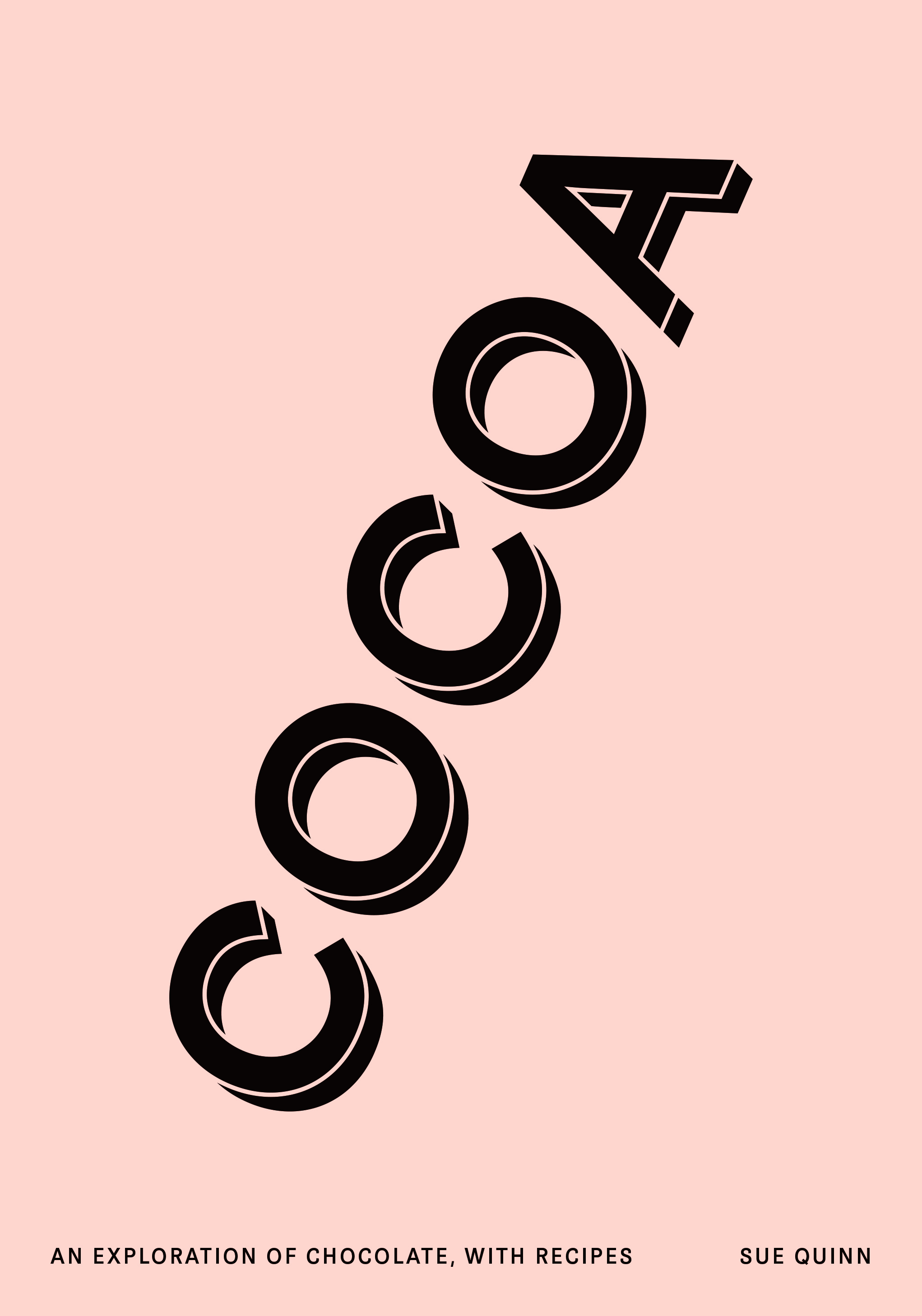