Charlie Hunnam, talented actor and beautiful man, will be forever associated with the phenomenon that was Fifty Shades of Grey. The English actor was the original choice to play pushy billionaire Christian Grey, with studio insiders saying his audition slash chemistry test with leading lady Dakota Johnson was off the scales when it came to sexiness. However, all the fever’surrounding his ascent to Tumblr demigod cried out in terror and was suddenly silenced when it was announced Hunnam was leaving the production. He was famously replaced by Jamie Dornan.

Hunnam’s departure inspired inches of column and endless internet speculation. Rumours abounded that this actor with writing ambitions had issues with the script, a document which was allegedly manipulated beyond its original state by the novelist EL James. Then there were whispers he kept encroaching on director Sam Taylor Johnson’s territory. A lot of people saw Hunnam’s distancing himself from the project as a red flag. Others, including Hunnam, said it merely a case of clashing schedules, something which happens in Hollywood all the time but was blown out of proportion in this special case. He had lined up a part inGuillermo del Toro’s Crimson Peak and wanted to honour the contract. There were also headlines about family issues.

Whatever it was, Hunnam wasn’t going into too much detail. Until now. 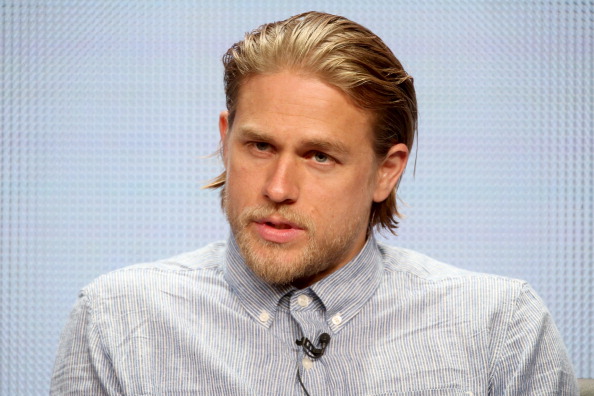 In an interview with V Man magazine, of which he landed the cover, Hunnam got honest about the effect on his psyche of turning down one of the most-talked about roles of the decade so far. “Oh, it was the worst professional experience of my life,? he told the magazine. ?It was the most emotionally destructive and difficult thing that I’ve ever had to deal with professionally. It was heartbreaking.”

The hardest part of Hunnam seems to be how his reputation as a consummate professional was jeopardised. ?I’m pretty mercurial and a very difficult, longwinded decision-maker at the best of times,” he admitted. “It was deeply unpleasant and challenging emotionally. I really, really pride myself on being a professional and a man of keeping my word. It means a lot to me, truly.?

As for the ‘personal reasons’ excuse repeated by sources, he says, ?There was a lot of personal stuff going on in my life that left me on real emotional shaky ground and mentally weak. I just got myself so f***ing overwhelmed and I was sort of having panic attacks about the whole thing. I?just didn’t know what to do.? Hunnam was finishing up shooting his television series Sons of Anarchy just before principal photography on Fifty Shades were scheduled. It would have been a gruelling process to commit to.

However, we sense Charlie’s career is going to be grand. His next big movie project is Guy Ritchie’s Knights of the Roundtable: King Arthur?and the movie he chose over Fifty Shades, Crimson Peak, looks stunningly scary..?The Man Who Nearly Was Fifty Shades Of F***ed Up will be playing the noble mythical leader and the snaps that have been released so far look great. Also, it stars David Beckham. Gwan David.