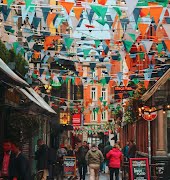 Celebrity Couple Alert: Why 2016 Is Already The Year Of Love

2015 was the undisputed year of break-ups. While we never had particularly high hopes for the likes of Zayn Malik and Perrie Edwards, it was the Ben Affleck and Jennifer Garner split that really got us. Our belief in true and everlasting love was shattered when rumours surfaced of his closeness to their kids’ nanny, as was our belief that Affleck was one of the good guys. Ugh. 2016, however, we believe, will be the year that brings people together; the year when love will triumph at last.

It’s not even a quarter of the way through January and already we have loved-up celebrity couples popping up here there and everywhere, sure to restore your faith in the L bomb. First up, Pitch Perfect stars Anna Camp and Skylar Astin are now engaged. The pair met on the set of the first Pitch Perfect movie where Astin starred as Anna Kendrick’s love interest, but it was Miss Camp who stole his heart behind the scenes. The pair made their relationship official in early 2014. Cute.

Of course, there’s Harry Styles and Kendall Jenner’s romance that’s said to be hotting up. This pairing will no doubt do more to enrage the Harry Styles obsessives the world over than bring happiness to love crusaders (not to mention providing Kendall with a whole new world of haters) but still, they seem well matched. And happy.

Hendall before and after haters opinions no matter what you have to say they will stay together. Instead of wasting your time hating on Kendall go get a life. #kendalljenner #harrystyles #hendall #onedirection #kardashian #jenner

Despite the near constant yarn-spinning in 2015 about Calvin Harris and Taylor Swift’s break-up, their relationship shows no signs of slowing down in 2016. According to recent reports from Cosmopolitan, the pair has now officially moved in together and are ‘in talks’ about a potential engagement. One step at a time, kids. 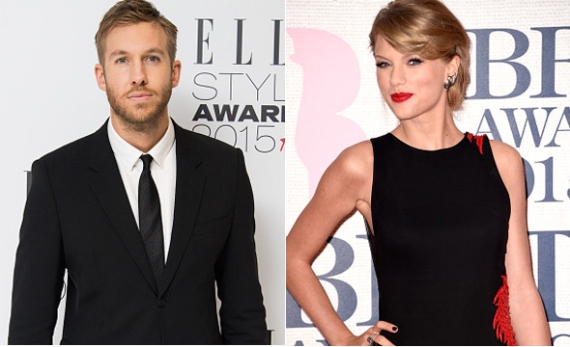 In other potential couple alerts, we’re a little bit thrilled to hear that Miley Cyrus and Liam Hemsworth may be reuniting. They fell in love as young’uns, got engaged too soon, before separating to do their own thing for a considerable amount of time. The Hunger Games star and his former fianc? have been spotted out and about (AND cuddling and kissing) on more than a few occasions in recent times down under and E! News are reporting that Miley is still very much in love with Liam and hoping they can patch things up for good. Is a two-year break in which Miley gets all that crazy out of her system enough for these lovebirds to make it work? E! say they are ‘both’ entertaining the idea of giving it another shot.

“Miley came back to LA on Monday after spending the holidays with Liam. She had the time of her life being with him and his family,” an insider tells the US publication.
“She feels like they could pick up right where they left off. Miley has never gotten over Liam and always hoped they would get back together. She doesn’t know where it will go, but she definitely still loves him and wants to be with him. Liam has an interest in being back together too.”

Are Miley Cyrus and Liam Hemsworth rekindling their romance?! For all of the PDA-filled details, head to eonline. (:Kevin Winter/Getty Images)

Lastly, if Instagram is anything to go by, Justin Bieber and Hailey Baldwin are getting familiar with the inside of each other’s mouths, but as for wedding bells, we won’t speculate just yet.