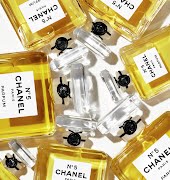 In the days following the tragic death of Caroline Flack, much debate has been on social media from mental illness to tabloid intrusion – and there have been many touching tributes too. Russell Brand shared his emotive words during the week, and now, Caroline’s friend and colleague Laura Whitmore, dedicated the final of the winter edition of Love Island to the presenter

So many were shocked and deeply saddened when news emerged last weekend of the tragic passing of Caroline Flack. The beautiful, vivacious presenter had become synonymous with Love Island and it’s true that watching it now feels strange. Many have said they can’t watch it. The series was fun, lighthearted but now has lost much of its sparkle. She was, as viewers pointed out, “the heart of Love Island.”

Producers pressed on, following the decision not to air some episodes last week, in the wake of her death.

Now it is the final and it seems only right, in more ways than one, that it comes to an end.

And before it finishes, its host Laura Whitmore paid tribute to her beloved friend, by dedicating the episode to her with a 90-second tribute.

“The past week has been extremely difficult coming to terms with the loss of our friend and colleague Caroline.

What followed was s video reel of Caroline’s time on the show, featuring her signature sassy slow-mo walk, her bubbly chats with islanders throughout the years and her many, many infectious laughs.

Lovely tribute to Caroline Flack. Her iconic walk, her bubbly presenting and her awesome laugh will be missed. Forever queen of #loveisland pic.twitter.com/qLZfn5oazc

“We’re thinking of her family and everyone who knew her at this time.”

“She loved love and that’s why tonight’s final is dedicated to her.”

Related: The true fallout from Caroline Flack’s death that nobody is talking about

Whitmore previously paid tribute to her “vivacious” and “loving friend”, but also called out those who had criticised and targeted Flack before her death.

“Anyone who has ever compared one woman against another on Twitter, knocked someone because of their appearance, invaded someone else’s privacy, who have made mean, unnecessary comments on an online forum – they need to look at themselves,” she said.

Related: Caroline’s Law: Petition calls for law change to protect those in the public eye

It takes more than a #BeKind hashtag to incite any tangible change but equally, it’s important to share these tributes; the positive words, the anger and sadness over Caroline’s death.

She deserves to be remembered in this manner, in ways which are kind and respectful – a reminder of the woman whose light is now gone from the world.

Wow. What a beautiful but emotional tribute to Caroline. Truly the heart of love island. Beautiful soul with the most infectious laugh ? #loveisland pic.twitter.com/RCRwp9HxG4

Beautiful tribute to Caroline Flack from @allontheboard. “May your ocean be calm, may there be no storm.” #LoveIsland pic.twitter.com/Rg7KQJwb2q

What a amazing tribute to Caroline Flack.. honestly the show will never be the same. #LoveIsland

THIS IS THE CAROLINE FLACK TRIBUTE WE WANTED. SHE MADE THE SHOW WHAT IT IS TODAY. #loveisland

That tribute on Love Island. I miss you Caroline. ?

‘That was the thing; she hid it’: Caroline Flack hid Bipolar diagnosis