Carey Mulligan On The Importance Of Female Leading Roles

Carey Mulligan has come a long way since her career beginnings as a corpse on TV. As yet another notable role gets set for a world release, she talks to Stephen Milton about important female roles and why she loves the quiet life.

“Do you know when you listen to your voicemail, you think, ?Oh my God, do I sound like that? Really? So when you’re on film, it’s a feeling that’s multiplied so many times. Once it’s there, there’s nothing you can do. You can’t go back the next day to repeat it. I’m so critical of myself. But then, I think most actresses are.?

So says the inimitable Carey Mulligan, rolling her warm brown eyes, her dimples greeting me as she grins. She runs her fingers on the arm of her chair while quickly glancing towards a dark-clothed publicist across the room, who furiously taps at her phone.

Carey looks at me again and smiles. ?It’s the same with being photographed, I still don’t feel at home with that. Maybe I’ve improved a little, but I still don’t like photos. Anytime I’m on the red carpet, I sort of lose all sense of myself and leave my body. It’s just the idea of people looking at me, I find it so odd. It sounds like a weird contradiction, but I never went into acting for all eyes to be on me.?

Sitting in an airy, sparse suite in London’s Soho Hotel, Mulligan is a melange of contradictions. Schoolgirl elfin features contrast with the mature structure of her black Miu Miu shirt, swamping a petite figure and matching cigarette pants. Her hair in a quaint, safe kink skimming her shoulder.

Insecurity in her screen performance, lauded since an Oscar-nominated breakthrough in 2009’s dreamy coming-of-age tale, An Education, is at odds with her firm, commanding tone. 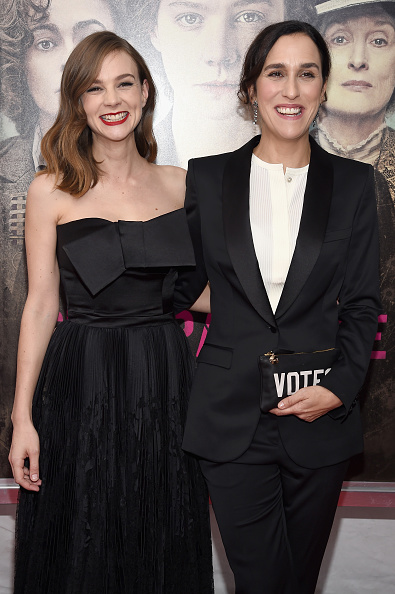 It’s four years since we last met in the same hotel, where Carey was promoting noir thriller Drive with Ryan Gosling. She’s since cultivated a significant roster of A-list performances – from unhappy sex in the city fable Shame to an intense turn in the Coen brothers? moody drama, Inside Llewyn Davis and a stunning portrayal of Daisy Buchanan in Baz Luhrmann’s vibrant reimaging of The Great Gatsby.

Her personal affairs developed nicely too, with marriage to childhood pal Marcus Mumford of folk rock outfit Mumford & Sons three years ago and a move to the quiet serenity of a €2.5 million farm in the Devon countryside. The perfect escape from prying eyes. Neither has ever spoken openly of their relationship, and it’s a topic she refuses to be drawn into.

?I’ve always operated that way. I’ve always been very private,? says the 30-year-old. ?And that’s how I’d like it to stay. No one ever recognises me on the street, and I absolutely love it. Not once has anyone ever come near me in the pub. I like people knowing very little about me. The less, the better.?

Days after our interview, rumours swirl of pregnancy, compounded further by subsequent red carpet appearances in billowing gowns and oversized silhouettes. Naturally, she’s yet to confirm reports. When I ask about the possibility of offspring, she offers, ?Absolutely, down the line,? and stares for a moment before breaking into a bright beam, squeezing those dimples. 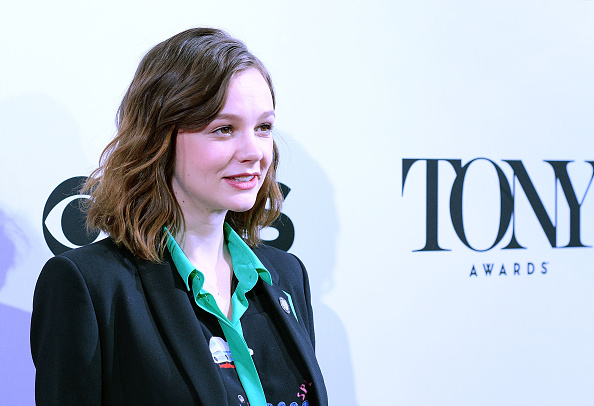 We meet today to discuss her latest release, Suffragette, a rousing epic dramatisation of Britain’s suffrage movement of the late 19th and early 20th century. Fictionalised around key events, Mulligan is Maud Watts, a working wife and mother, whose world is turned upside down when she secretly becomes an activist, radicalised by fugitive Emmeline Pankhurst (played brilliantly by Meryl Streep).

Penned by celebrated scribe Abi Morgan (The Iron Lady and Shame) and featuring performances from Helena Bonham Carter, Anne-Marie Duff and Brendan Gleeson, it was an important project for the self-proclaimed feminist.

?It’s probably one of the most exciting films I’ve worked on. Ever. What they went through, what they endured, tortured and persecuted so generations could enjoy equal rights. They changed the world.? Though why the tumultuous period has never received the Hollywood treatment puzzles the star. ?How is that possible?? she asks. ?Considering what makes the cut. We’ve gone a hundred years without telling their story, these remarkable women who took a stand and fought the fight for women’s rights and the vote in England a century ago. It actually baffles me that this story has never been told on film.?

A lifelong heroine for Carey, Streep seemed the natural choice for revolutionary Pankhurst.

?Most of the supporting actors didn’t know she was playing Emmeline Pankhurst, so when she came out on this balcony to make a speech, there was an audible intake of breath. These 400 women simply gasped, which was so appropriate, so perfect. That’s exactly how they would have reacted to the sight of Emmeline Pankhurst. It was truly astonishing.?

The film is the second of two costume dramas this year, After Mulligan’s stirring work in Tom Hardy’s Far From the Madding Crowd. Though certainly a turnaround for an actress who previously announced a self-moratorium on period drama after Gatsby and corseted turns in television dramas Northanger Abbey and the BBC’s Bleak House.

?There’s such a great rarity in wonderful female-driven writing that when you get the chance to play someone like Bathsheba Everdene with a fantastic director like Thomas Vinterberg, you can’t say no. And equally with the story of the suffragette, what those women went through, it was a story you couldn’t say no to and a chance I couldn’t pass up.?

Suffragette is a crowning moment for the once young schoolgirl who famously accosted Downton Abbey creator Julian Fellowes for advice. The story goes he told Mulligan to marry a lawyer, though ultimately introduced her to a casting assistant, resulting in her first screen role alongside Keira Knightley in Pride & Prejudice.

He wasn’t the only luminary to bestow wisdom on the German-born hotelier’s daughter – actress Victoria Smurfit also left an impression during some rather unusual circumstances in the early stages of her career.

?I did a pretty grim episode of [former ITV crime drama] Trial & Retribution, where I played a corpse, getting chopped up and examined by Victoria during this autopsy scene. Which would have been awful only that during takes, she would ask me about acting school and how I was getting on and said to ?keep at it, it gets better?. And then they’d say ?action?, and I’d lay there while she’d take out my liver. Definitely an experience I’ll never forget.?

Suffragette was released in Cinemas nationwide on the 12th October.

This Interview was originally published in the October issue of IMAGE Magazine.?