Cannes 2019: Quentin Tarantino, the furore over sexism and Margot Robbie

With #MeToo and the fact that women have always been underrepresented on screen, sexism and equality will always glaringly standout in a movie. It’s this which has become the hot topic in Cannes this week, after Quentin Tarantino unveiled his highly anticipated ninth new film Once Upon A Time… In Hollywood. I’m an avid fan of the director’s filmography; he has a patent for strong female characters, particularly in Kill Bill and Jackie Brown.

However, it seems he’s always a mere footstep away from controversy.

The initial plot points had critics objecting early on; set in 1969 Los Angeles, the Charles Manson murders are a loose backdrop to a story about an ageing actor (Leonardo DiCaprio) and his stunt double (Brad Pitt). Sharon Tate (Margot Robbie) is their Hollywood neighbour, and, as we know, one of the seven people who killed in the Manson killings.

Related: The problem with the obsession over Charle Manson’s ‘girls’

The objections make sense; using the real-life deaths of innocent people for a glamorous movie doesn’t scream emphatic (and I’m wholly against this) but what is worth noting is Tarantino’s treatment of Tate as a character. She represents on screen, as her death did in life, a loss of innocence. She isn’t treated as a pawn, or a figure who just exists on screen for the purpose of horrific murders, she represents what could have been – and what was so harshly taken away. Sharon’s sister Debra Tate has also approved of the portrayal, saying that the ending isn’t what’s to be expected. 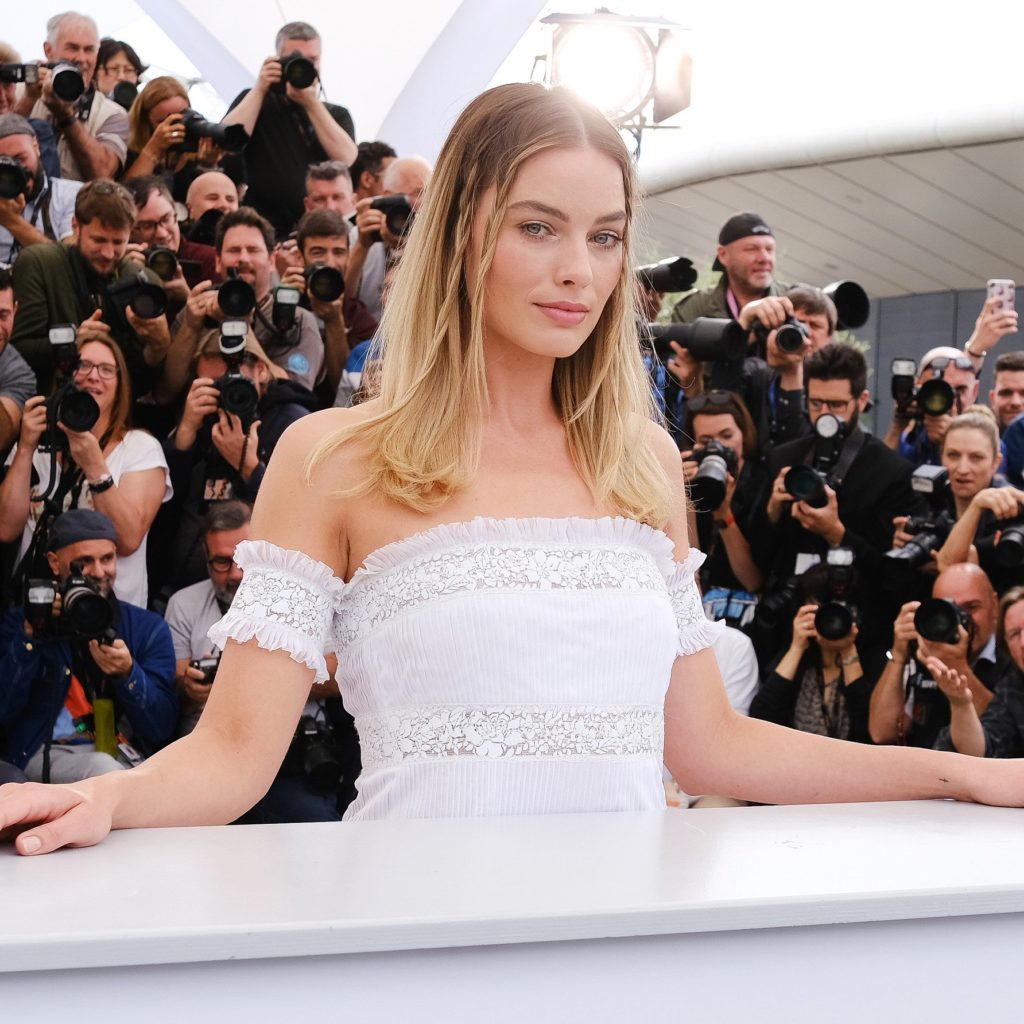 However, a media furore ensued when a female journalist pointed out to Tarantino that Robbie’s character doesn’t have many lines in the film, suggesting that this fails both the actor and Tate.

Related: Cannes mother and baby row: Another sign the festival has a long way to go

“You have put Margot Robbie, a very talented actor in your film… yet you haven’t really given her a lot of lines in the movie,” she said. “I guess that was a deliberate choice on your part?” She also asked Robbie for a comment on it.

Tarantino responded: “I reject your hypotheses.”

Quentin Tarantino snapped at a female reporter from The New York Times who asked why Margot Robbie wasn’t given more to say or do in his latest film “Once Upon a Time in Hollywood” https://variety.com/2019/film/markets-festivals/quentin-tarantino-once-upon-a-time-in-hollywood-margot-robbie-sharon-tate-1203223332/pic.twitter.com/5GraEtaSyw

The subsequent coverage of his comment is highly questionable, for starters. He didn’t “lash out,” “snap” or “pushback” at the question (as you’ll see from the above clip) as multiple outlets have incorrectly reported. The question irked him because Robbie’s lack of lines doesn’t automatically equate to deliberate sexism.

“I always look at the character and what the character is supposed to serve to the story. I think the moments that I got on screen gave an opportunity to honour Sharon and her lightness,” Robbie responded. 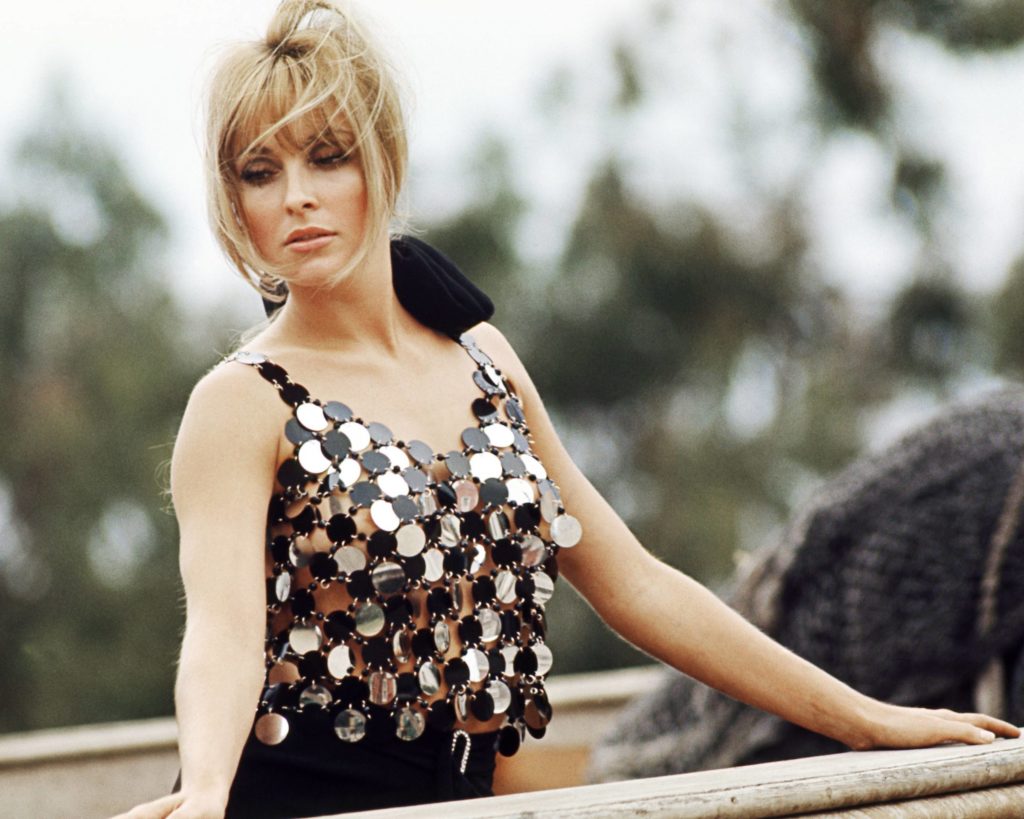 Related: Who was Sharon Tate? The iconic actress is honoured at Newbridge’s style icon museum

“I don’t think it was intended to delve deeper. I think the tragedy, ultimately, was the loss of innocence. To show those wonderful sides of her could be adequately done without speaking.

“I did get a lot of time to explore the character even without dialogue specifically, which is an interesting thing because I often look to the interaction with other characters to inform me on the character.”

Some could argue that this still doesn’t adequately address the fact that the Oscar-nominated female lead actor was given fewer lines than the two male leads and, yes, it’s a valid point. But, the film isn’t solely centred on Tate this case, and, as we know, you don’t have to have a massive amount of lines to make an impact on screen; Anthony Hopkins was only on screen for 16 minutes for all of Silence of the Lambs – it’s often what you do with the screentime given that counts. Tarantino isn’t being deliberately sexist here, it’s simply that Robbie’s character serves her own purpose.

On the other side, there is contention. Tarantino side-steps a potential conversation revolving around #MeToo – that is problematic considering this is his first work since the movement.

Speaking to the New York Times in 2018, his Kill Bill star Uma Thurman said that, among other incidents, Tarantino coerced her during filming into driving an unsafe car that then crashed. He has since apologised calling the incident “the biggest regret of his life” and admitted that he knew enough to do more than he did when it came to Harvey Weinstein.

It doesn’t bode well that he left Robbie to defuse the question; perhaps if he’d answered in Robbie’s place, the reports could take a deeper focus on the festival’s more pressing issues.