Cancer of the ovary is when the normal cells in the ovary change and grow to form a malignant tumour or cancer. It’s the fourth most common cancer in women, and around 300?women are diagnosed with ovarian cancer every year in Ireland.?There is no national ovarian screening programme in Ireland at present.

We read a heartwrenching but eye-opening?piece published on LennyLetter this week about Colbie Smulder’s unfortunate fate with Ovarian Cancer at just 25 years old. ?The young actor – perhaps best known for her role in How I Met Your Mother – underwent multiple surgeries and a complete life overall when she was unexpectedly dealt an unwanted and abysmal hand in the game of life. 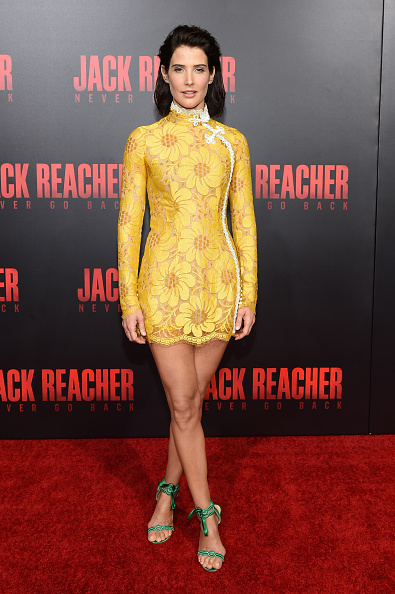 Here’s the annoying but extremely?important thing about Colbie Smulder’s diagnosis: because of her age, she did not fall into the risk category of someone who was likely to be diagnosed with ovarian cancer. Like thousands of young men and women, she got robbed, and it’s grossly unfair.

Doctors tend to follow a certain protocol when diagnosing patients, and they’ll look out for certain signs and symptoms depending on the patient’s age. Medical professionals tell us that ovarian cancer normally?occurs in women over the age of?60 and normally attacks women who have gone through menopause.

What medical professionals don’t tell you is that cancer doesn’t care what age you are and can attack your body at any age.

Writing about her experience, Colbie said that?her body felt “off” which enticed her to visit her gynecologist?for a checkup.?Her symptoms included low energy, fatigue, and constant pressure in her abdomen:

“I found myself in the center of such a storm in the spring of 2008, when I was 25. Just when your ovaries should be brimming with youthful follicles, cancerous cells overtook mine, threatening to end my fertility and potentially my life. My fertility hadn’t even crossed my mind at this point. Again: I was 25. Life was pretty simple. But suddenly it was all I could think about”.

According to The Irish Cancer Society, most women will not notice any symptoms as it can take a long time for symptoms to occur. When symptoms do appear, they can be mild, vague, or do not go away after a week or so. They can include:

Pain or dragging sensation in your lower abdomen or side

Changes in your bowel or bladder habits; for example, constipation or needing to pass water urgently

According to the National Cancer Registry of Ireland, €15.7% of ovarian cancer cases here occur in women under the age of 50; with 4.9% of these cases resulting in death. Maybe now would be a good time to introduce a screening programme here, Minister for Health.

Smulders has thankfully made a successful recovery from her battle and is now helping other young women to become vigilant with their bodies. Most recently, Smulders bore all in a special front cover edition of ‘Women’s Health’ whose aim was to show beauty behind scars. Colbie looks radiant – don’t you think? “So now that I’m on the other side of this, I feel like it is my duty, even if it means posing topless, to spread awareness.” 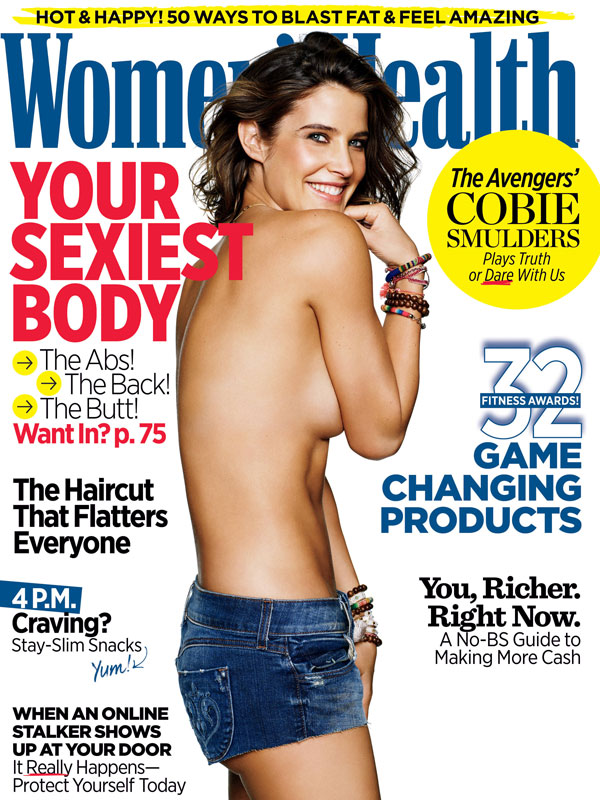 Any illness diagnosis is a devastating blow, but a cancer diagnosis is particularly agonising. Maybe it’s Hollywood’s fault by making?idyllic movies with loved-up teens torn apart through cancer that we’ve adopted a heightened awareness of how nasty and painful this disease is. And we almost feel as if we’re traveling on that same journey with them.

By?familiarising yourself with your body, you can be aware of any changes that are happening and get checked by your GP. Or like Colbie, if you just feel like your body is out of whack and something seems ‘off,’ get checked pronto.