‘One for everyone…’: You can now apply for tickets to the Late Late Toy Show

***Embargoed untill 30/11/2018*** Repro Free: 29/10/2018 The theme of this year’s Late Late Toy Show was revealed to be The Greatest Showman. Host Ryan Tubridy and the cast of hundreds have prepared for the most magical night of the Irish television. Pictured with Ryan are some of the cast Tatto Man Dylan Allen (5) from Navan, Napoleon Luke O'Connor (7) from Dublin, 3-Legged Man Kayla McMahon (10) from Balrothery, Pierrot clown enya Allen (5) from Navan, Fatman Mathew Little (12) from Dublin, Bearded Lady, Alannah Willoughby (12) from Carlow and Wolf Man Colm O’Sullivan 98) from Navan, Albino Ella Maher (10) from Carlow. Picture Andres Poveda

It’s that time of year…

Yes, the hunt for the most in-demand tickets in town has kicked off, as applications to be part of The Late Late Toy Show audience are now open.

Last year there were more than 100,000 applications to be in the audience – and you can bet the demand will be the exact same this year. According to statistics released by RTE, last year’s The Greatest Showman themed Late Late Toy Show was watched by an estimated audience of 1.2 million people.

This year’s Late Late Toy Show airs on RTÉ One on Friday, November 29th, and the theme continues to be a closely guarded secret.

How can I apply for tickets?

So, even if you have applied for Toy Show tickets before or are already in the running for seats at the main show, to be in with a chance to get tickets to this year’s Toy Show, you must apply separately by going to https://www.rte.ie/latelate.

Only applications made through this website will be entered into the draw. 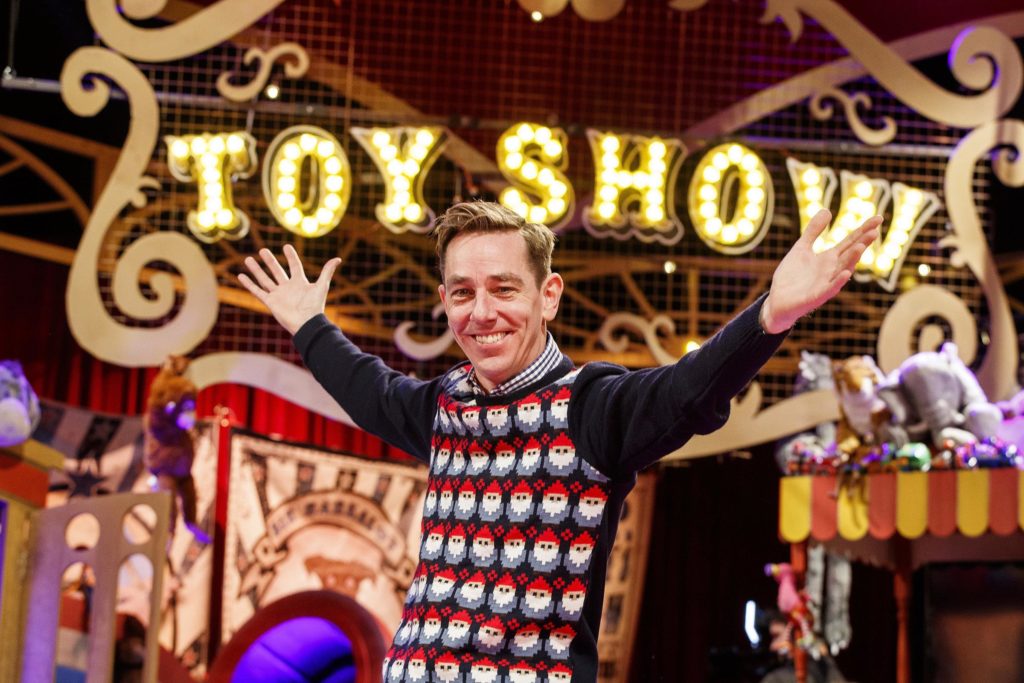 How are ticket-holders selected?

Tickets are issued in a random lottery and those lucky enough to secure a seat will be notified closer to broadcast.

“It is that time of year when I find myself being asked more than normal “any chance of a ticket for Toy Show?” The appetite for Toy Show tickets never fails to astonish me and it seems to be growing every year. We have something truly special planned for this year’s show and the only way to be in with a chance of getting a ticket is to apply now.”

Go to: https://www.rte.ie/latelate and apply for those golden tickets now!