Caitlin Moran’s How to be Famous: A fist-pumping celebration of being female

Caitlin Moran’s new book, How to be Famous, is published today, and it is a veritable manifesto on how to be a girl. The second in a trilogy about Johanna Morrigan, this is the sequel to 2014’s How to Build a Girl. Like Moran, Johanna is originally from Wolverhampton, and is now nineteen, living in London and working as a music journalist.

Primarily, this is a book about sex. About women who love sex, about men who use sex to hurt, punish, and shame women. “I want to let this whole city know how sexual I am,” Johanna declares.

Set in the mid-Nineties, for anyone who came of age to a soundtrack of Blur and Oasis this book this will bring back the excitement of that time- the seductive swagger and confidence of Liam, the joyful celebration of the everyday by both Oasis and Blur.

At the after party of an Oasis gig, a concert that was “more like people turning up to vote for a new future,” she meets the comedian Jerry Sharp. “If I could go back and talk to me then, I would say ‘Johanna!  Never trust a man who says sex and love are dirty and dangerous!… He’s telling you…what his world is like.” She’s young and insecure though, and so instead she quips back “the best nights are the ones that leave teeth-marks on your soul.”

What follows is a disastrous trip back to Sharp’s flat, a place which ticks every box on a list later compiled by the heroine and her friends of “things that, if you see them in a man’s flat, tip you off that you are in the presence of A Bad Man.” Included are a framed Betty Blue poster, a velvet frock coat, and some ‘ironic’ Virgin Marys. This is the house “of a man who hates women.”

And indeed, Sharp attempts to manipulate Johanna into a blow job while he watches a recording of his own show. She leaves, but unfortunately there is a second sexual encounter later in the book which Johanna allows Sharp to film. Although Moran actually had the idea for a book about “sexual shame, a tape, and becoming famous for the wrong reason,” for ten years she told the Guardian recently, this story could not be more in tune with the current #MeToo movement.

This is a story in defence of female sexual desire and a push back at the shaming of women. In her new job as a columnist for The Face, Johanna writes an impassioned defence of groupies. Why can’t a teenager girl be ambitious with whom she wishes to have sex with?” she wonders. “’Protecting women from rock stars is basically preventing women trying to do something…It’s just one of a million daily instances of young women being told what to do, being told that their thoughts and their desires are wrong.”

Like Moran, Johanna is hugely bright, and an incisive, always entertaining narrator of her own story.

“I’m so sorry,” she says after a man embarrasses her and a male friend with his lewd commentary. “Because that’s what girls automatically say when something bad happens to them…At nineteen, I already have the sense that it is the job of women to simply absorb the unpleasantness that bad men dole out to us…It’s the work of mere seconds to simply eat the unhappiness, and keep the world more joyful. It’s no effort at all!”

Largely thanks to the support of her new best friend, band front-woman Suzanne, Johanna decides to push back. Suzanne was based loosely on Courtney Love; a mentor of Moran’s who took the writer under her wing when she was herself a teenager. Suzanne is a “Viking” of a woman, unapologetic, unafraid. Through a slightly eccentric exercise regime of sorts, she puts Johanna back in touch with a body she had berated, and shut herself off from, for the fact of it being “so fundamentally the opposite of what a teenage girl should be,” (slender, sexy, hot).

“A body is something that should never be described…A body is a thing that should do,” Suzanne declares.  She helps Johanna to get in touch with her own sexual desires, rather those of whatever man is sharing her bed.

“Every book of mine is a list of topics I haven’t seen addressed, taboos that need to be busted, secrets that need to be told, things that I want boggled at,” she has said in a recent interview with The Guardian. “What is everybody else not talking about or too scared to talk about?”

In this book, Moran presents an unabashed depiction of a woman who loves sex, and is being let down by the men around her. “There are people out there doing it for revenge. There are people out there doing it for power, or because they’re evil, or because they’re hollow inside. Sometimes, it’s burglary. They steal sex from you…I thought it was all a jolly game, we were all entering into, in the spirit of fun, to get better at it. But no men I’ve fucked seem to be trying to get better at it….they just wanted to bang. They saw sex as something you…win at. Like a sport,” Johanna tells Suzanne.

In the same way that many of us will have recognised out twenty-year-old selves in Cat Person, most women will see something of their teenage sexual encounters in this book. What is so lovely is that Johanna refuses to accept the shame the men of her world- the music industry- attempt to foist on her. In doing so, Moran’s heroine stages something of a call-to-arms.

“I’m not sad….I am ANGRY,” she tells her friend when the worst happens and she is publicly shamed over a sexual encounter. “I’m being punished for having sex, even though didn’t do anything wrong.”

Ultimately, this is a fist-pumping celebration of being female. Johanna’s repudiation of the world’s attempt to shame her when she experiences “the horror of realising how disgusted the world is by women,” makes you want to plug into Moran’s brain and download her for school syllabuses everywhere.

How to be Famous, Caitlin Moran, Ebury Press, RRP €17 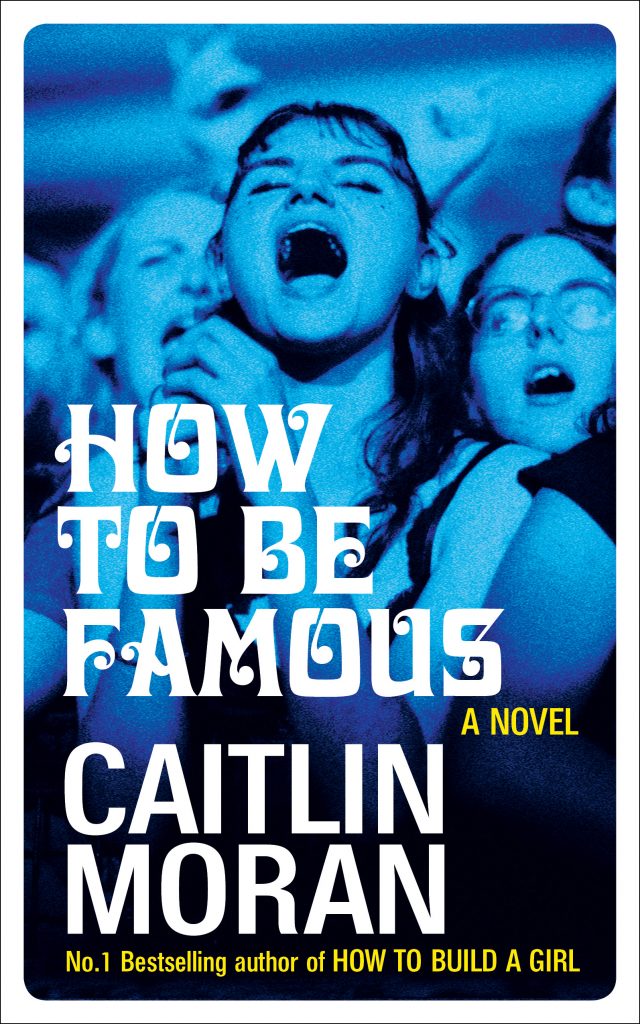