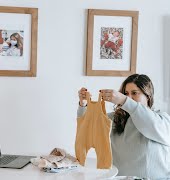 Researchers find an association between taller people and the likelihood of developing certain cancers.

A new study, which looked at five and half million Swedish men and women born between 1938 and 1991, has suggested there is a link between how tall you are and your risk of developing cancer certain cancers, specifically breast cancer and melanoma. Researchers observed that for every four additional inches of height in adults, the general cancer risk was significantly higher – 18% for women and 11% for men. Regarding breast cancer, the risk was 20% greater for taller women. Both tall men and women had a 30% greater chance of developing melanoma, a type of skin cancer.

Those isolated statistics are very worrying to read. The study has caught many people’s attention this past week, with some researchers claiming it isn’t too much of a surprise. One report on the study cited a previous study that linked colon cancer to height – however, this is almost certainly the biggest study of its kind, which may lead to further specialised research.

Other scientists are stressing that these studies are finding an association, not a definite link and that smoking and obesity have much stronger links to the disease. It’s important that no one freaks out immediately, especially when the research is fresh and doesn’t itself proclaim that the link isn’t just coincidence at this early stage.

The study’s researcher don’t have all the answers yet, but they are developing theories relating to growth factors during adolescence, a higher calorific intake and the possibility that taller people have more cells in their body that can aid cancer, the Telegraph reports.

Dr Emelie Benyi was the lead author on the Karolinska Institutet’s study and says that the next stage of research is on cancer mortality, and to see if taller people also have a higher risk of dying from cancer.