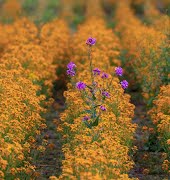 The body of a homeless man was discovered on Cook Street near Christ Church Cathedral in Dublin yesterday morning. Emergency services were immediately called but Gardai pronounced him dead at the scene.

The man, who is said to be a Polish national, was found unresponsive by outreach workers who checked on him at 8 am. His name has not yet been released as Gardai attempt to make contact with his next of kin.

It seems the man, who was in his forties, had regularly attended Merchant’s Quay Ireland’s homeless services. Speaking to the independent.ie, the charity’s CEO Tony Geoghegan said the man was known to sleep rough in St Audoen’s Park, but that he used the food and washing facilities at MQI.

“He wasn’t barred from us. He would have had a place to stay,” he said. “But last night was a mild night and when it’s milder, people tend to stay out.”

The man’s body has since been brought to the city morgue, where a post-mortem will be carried out. A file will then be prepared for the Coroner’s Court.

Anthony Flynn, the co-founder of Inner City Helping Homeless, said this is the 27th homeless person to die in Ireland in the last 16 months.

Taking to Twitter, he said, “Just visited the site where [he] was found dead this morning. For anyone to die on our streets is completely unacceptable. We are better than this. Such a sad sight for many of his friends who have gathered and laid a memorial.”

Explainer: How and when the PUP will be cut

‘The McGinley murders are utterly tragic, but we must not forget compassion’