Rape and violence against women is now a television trope, and we’re no longer shocked. Contains spoilers about Games of Thrones, Downton Abbey, Twin Peaks and The Forsyte Saga.

When the BBC’s?The Forsyte Saga premiered on British television in the 1960s it garnered a record-breaking following. By the time the finale was repeated in 1969, 18 million people tuned in. Set during the dying days of Victorian England,?The Forsyte Saga depicted an upper-class family in crisis. This was a new kind of drama, a television revolution with an unheard of before 26 episodes that heralded the modern costume drama. Gone were the pantomime characters of Dickens. Jane Austen’s genteel country house resolutions were nowhere to be seen. Rather, husbands left their wives for the governess and unsatisfied wives rebelled against societal confines – corsets equals metaphor – to the horror of their proprietary and domineering husbands.?The public imagination was so hooked that it is said the Church of England rescheduled Sunday evensong in a bid to combat dwindling attendance. Living rooms with televisions, a rarity then, were packed to the ratings-breaking rafters as the Forsytes married, divorced *gasp*, and dealt with all the crap things life can throw at a family.
However, the most shocking thing to happen in the series was the rape of one character by her husband when she refused him access to her bedroom. Irene and Soames Forsyte had a stone cold marriage from the get-go and one night when Irene forgets to lock her door Soames violently rapes her. Their marriage and the horrific act became the subject of national debate with one?opinion poll finding more sympathy among the public for the rapist than the victim.?Ghastly stuff, but it wouldn’t be until 1991 that the marital rape exemption was abolished in English law. 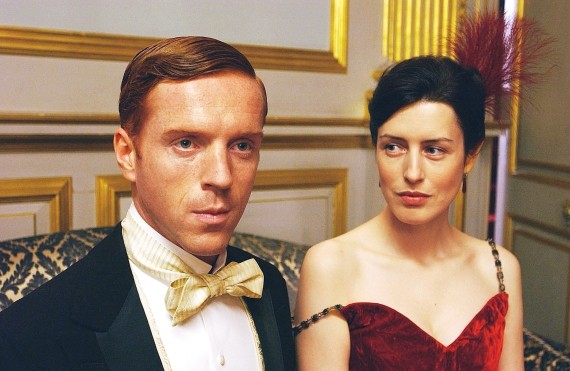 Another television event hitting all the?headlines is last Sunday’s Game of Thrones episode, in particular a scene in which Jaime Lannister rapes his twin sister Cersei beside the body of their dead son, Joffrey. The incestuous pair are no strangers to controversy-baiting but many felt this time the show creators went beyond the pale. What particularly rankled viewers was that the scene differs from that in the source material. George RR Martin’s mammoth novel series does feature the brother and sister having sex next to their illegitimate son’s corpse, but it was clearly not rape. The author himself reacted to the divergence on his blog, noting that because of changes in the adaptation, scenes have been reworked. ?The scene was always intended to be disturbing… but I do regret if it has disturbed people for the wrong reasons,” he wrote.?In response to criticism, the director of the episode, Alex Graves, commented ?Well, it becomes consensual by the end?. Showrunners David Benioff and D.B. Weiss have yet to respond.
Game of Thrones is regularly home to the shocking. The pilot featured a girl being sold into marriage and then raped by her husband, with whom she later falls in love. Last season saw the now deceased Joffrey torture and kill prostitutes. Evening out the gender balance, one male character’s member was cut off. The Jaime-Cersei rape is not only a departure from the book, but marks a dark shift in an already dark show. 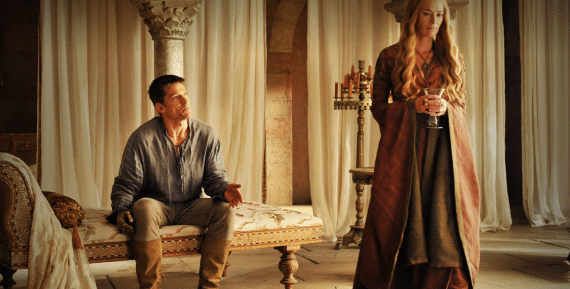 ?Rape is a complicated plot device, but it’s not inherently problematic,? writes?Sonia Saraiya, acknowledging that during times of war and unrest rape is an unending reality, an ?omnipresent?’danger and threat for women. People dismayed at last weeks Game of Thrones are not demanding the show undergo a PC-makeover. It is a story about power and corruption on a grand scale, drawing from our own civilization’s ugly history. However, last week’s rape seemed slotted in, another means to torture a character who had just witnessed her admittedly awful son’s murder. One episode this season opened with the brutal chase and murder of an unknownfemale character. Critics questioned the necessity of such brutal scenes.

When ITV remade the?The Forsyte Sage in the early noughties the notorious rape scene was even more explicit, but its occurrence was again the fulcrum for the rest of the series. After being assaulted, Irene leaves and remakes her life. Her personal success ignites a lifelong jealousy in her husband.

Another recent show taking missteps when it comes to this new form of female character development is?Downton Abbey. Last season a visiting valet attacked everyone’s favourite lady’s maid, Anna. The camera didn’t depict the act itself, but the violent prelude and focus on the closed door from behind which she was audibly struggling led to over 400 complaints?being made. Leaving aside people upset at the ?gritty? turn in television’s most confounding teatime success, there was a lot of reasoned criticism made in relation to how Julian Fellowes,?Downton‘s creator, managed the aftermath of Anna’s trauma. The plot appeared more concerned with how her befuddled husband was holding up and his will-he-won’t-he vengeance. 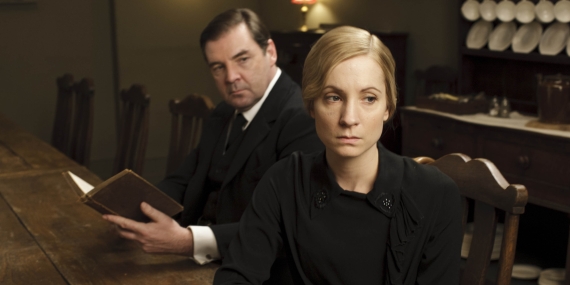 In the past few months the fashion industry has also been pushing the boat out in its depiction of women as victims. These corpse mannequins peppered Marc Jacob’s Miley campaign. Vogue Italia‘s April couture shoot was domestic violence-themed and strewn with women’s fashionably lifeless bodies splattered with scarlet blood. The dead wear Prada. Even Hunter Boots have a pair of wellington-clad legs just lying about and peeking out between hedges like a waiting discovery in their Spring/Summer adverts. While there have been?nuanced arguments for and against the overt Vogue Italia shoot,?there is a distasteful fetishization of these dead-eyed girls.
In 1990, David Lynch’s short-lived cult hit?Twin Peaks opened in an eerie Pacific Northwest, where the body of the pretty and popular homecoming queen is found on the outskirts of a small town. ?She’s dead? wrapped in plastic,? announces one character. The death of Laura Palmer throws this quirky community into two seasons of uncovering dirty little secrets and also offered plenty of female actresses a chance to shine amid the FBI investigation. The deceased Laura herself was even a proper presence throughout in her own right as her hidden life came to light. Lynch made a prequel movie about the days leading up to her demise. There was a respect for her fictional death.

Nowadays a leading lady should be so lucky. This trend for dehumanizing women in advertising, on screen, in art, even on the news with the ongoing trial of Oscar Pistorius, is disturbing. We are living in a world where media consumption is reaching?60 hours per week in some quarters and where a video of an internet celebrity throwing a woman from a height and breaking her foot in the process is hailed as a ?bro?.?The Good Wife‘s Alicia Florrick is fast becoming an anomaly for actresses and viewers. Hollywood royalty Dame Helen Mirren?spoke at this year’s BAFTA ceremony about her dismay at the transformation of casting couch into mortuary, noting that when it comes to TV crime drama ?Most of those bodies are young women?. It is starting to feel that dead, wrapped in plastic, might be as good as it gets. 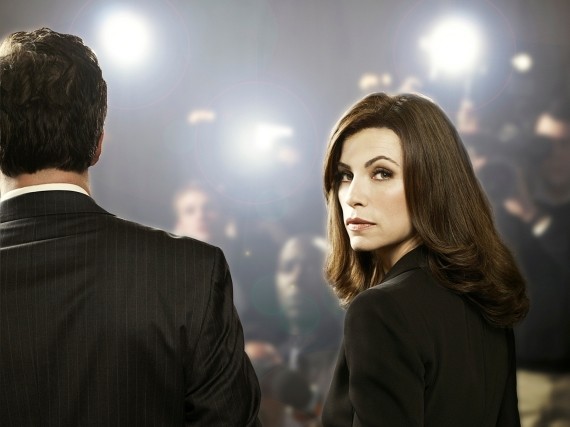