This is the calm before the storm because it looks like Queen B is back. Ahead of her much-anticipated appearance at this year’s Super Bowl 50 halftime show this evening, Beyonc? almost broke the internet by dropping a new music video and single ‘Formation.’

The song is raw, edgy and is more on par with her previous release and self-titled effort (also released using surprise tactics), and as well as being extremely visual, the video undoubtedly makes a political statement.

Set in New Orleans, the clip features shots of Beyonc? lying atop a sinking New Orleans police cruiser (which, as many point out, clearly is in reference to Hurricane Katrina). The clip also serves as the singer’s form of commentary over the recent police riots and tragic shootings in the US. The scene in which the young child stands in front of police in riot gear is particularly poignant. At one point a man holds up a newspaper called ?The Truth? with an image of Martin Luther King Jr. on the front page captioned, ?More than a dreamer.? 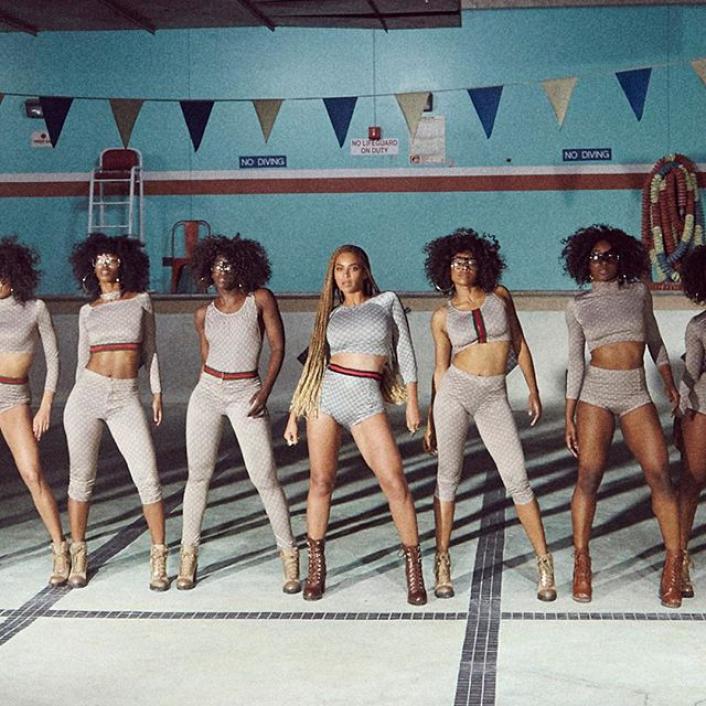 As expected, the entire thing makes for a powerful watch and also features some incredible high fashion (she’s wearing divine Gucci and Givenchy) as well as those signature Beyonc? moves.

If this was indeed an orchestrated PR move, it’s a clever one. Millions will tune into the superstar’s halftime performance later, so there’s no better time to release new material. Her ‘Hymn for the Weekend’ duet with Coldplay (of which its accompanying music video caused controversy) seemed too small a track for such a significant setting. Now with the release of Formation, Beyonc?’s appearance and hyped performance makes more sense, and indeed, makes it more exciting.

What do you make of the song and video?

Watch the clip below: