The Best Of Amy Schumer

Here at IMAGE, we think Amy Schumer is all sorts of fabulous. She may be an award-winning comedian and actress, but even in the throes of fame and success, the Trainwreck star remains unfailingly’real and down-to-earth; unafraid to call out Hollywood’s bulls*hit factor, frequently uttering words of empowerment, whether that be on body image or wanting?to be a role model. And thankfully, everyone seems to be sitting up and paying attention to America’s favourite funny woman.?She’s won the heart of Anna Wintour, has released her biography to critical praise and is in the middle of a sold-out comedic tour, of which her next stop is Dublin.

Ahead of her show in the 3Arena tonight, we’ve rounded up some of Schumer’s best quotes. Scroll, read and if you’re going to the show (you lucky things), enjoy:

?Calling out labelling of women:

“I think there’s nothing wrong with being plus size. Beautiful, healthy women. Plus size is considered size 16 in America. I go between a size 6 and an 8. Glamour Magazine put me in their plus size only issue without asking or letting me know, and it doesn’t feel right to me.” FYI, it wasn’t that Schumer objected to being called plus-size, it was the fact that she was labelled at all; why the need to constantly put a tab on females and their shape? It does not unite, instead creates further distance between unattainable industry norms and real women, with real bodies.

On why she writes her own material:

The Trainwreck star used her acceptance speech for the?Critics? Choice MVP Award earlier this year, she also won for Best Actress in a Comedy, to talk about what really motivates her to write her own material – her stomach. Schumer said (while pointing out her tummy area), ?If you’re an actress, and you have this area right here, you have to write your own stuff if you want to get it made.? 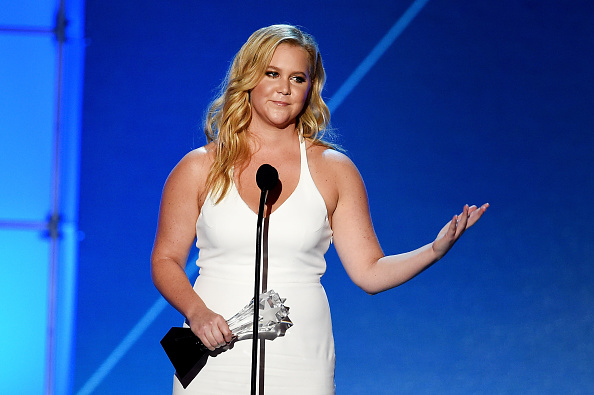 Previously labelled as outdated and objectifying thanks to its many nude portraits, the Pirelli calendar made a striking departure and instead of models, it featured candid portraits of powerful, motivational women, of which Schumer was one. She then called out people who said her decision to pose naked for the Pirelli calendar was ?brave?. ?This is where I get really ?brave? as everyone said after my Annie Leibovitz photo. That’s what you want everyone to say when a naked photo of you goes viral. You want them to say, ?What a brave photo.? You’re like, ?Thanks, wow, thank you.??

On her struggle with body confidence:

[Body image] has been a struggle for me my whole life, and especially just being in the entertainment industry. Standing on a stage in front of people, I can’t perform my best or be confident if I’m not sure – if I’m pulling at [my clothes]. And sometimes I would just want to throw in the towel and be like, ?I’m not gonna go do standup tonight,? but then, I have looked at myself in the mirror and thought, This is how you look. Embrace that and move on.”

On finding?her voice and staying true to herself: 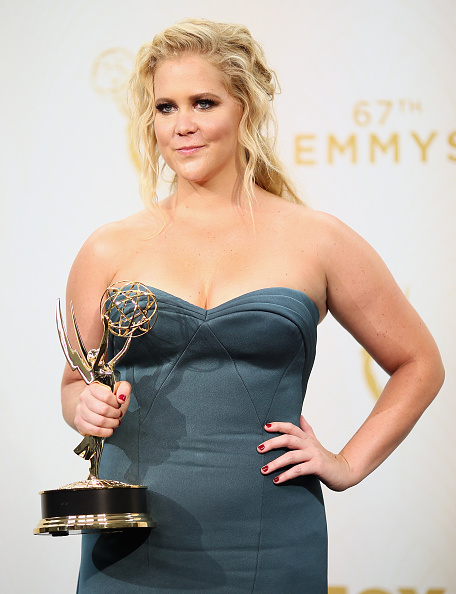 ?I am a woman with thoughts and questions and sh? to say. I say if I’m beautiful. I say if I’m strong. You will not determine my story – I will. I will speak and share, and f? and love and I will never apologise to the frightened millions who resent that they never had it in them to do it. I stand here, and I am amazing, for you. Not because of you. I am not who I sleep with. I am not my weight. I am not my mother. I am myself.”

?Every woman deals with it most every day of their lives. Growing up, it’s just in your day-to-day. There are all these preconceived notions of what it means to be a woman or a girl, and straying from those ideas of femininity is sort of shocking to people. I felt angered by that as a kid. I felt like that was unjust. Like that was not right.?

On influencing other women:

?I hope I do influence other women to set better boundaries for themselves. You’ve got to be vocal. You let people know. Their ego’s a little bruised. Then they adapt? I have gotten death threats?that was scary. But it just made me want to use my voice more.? 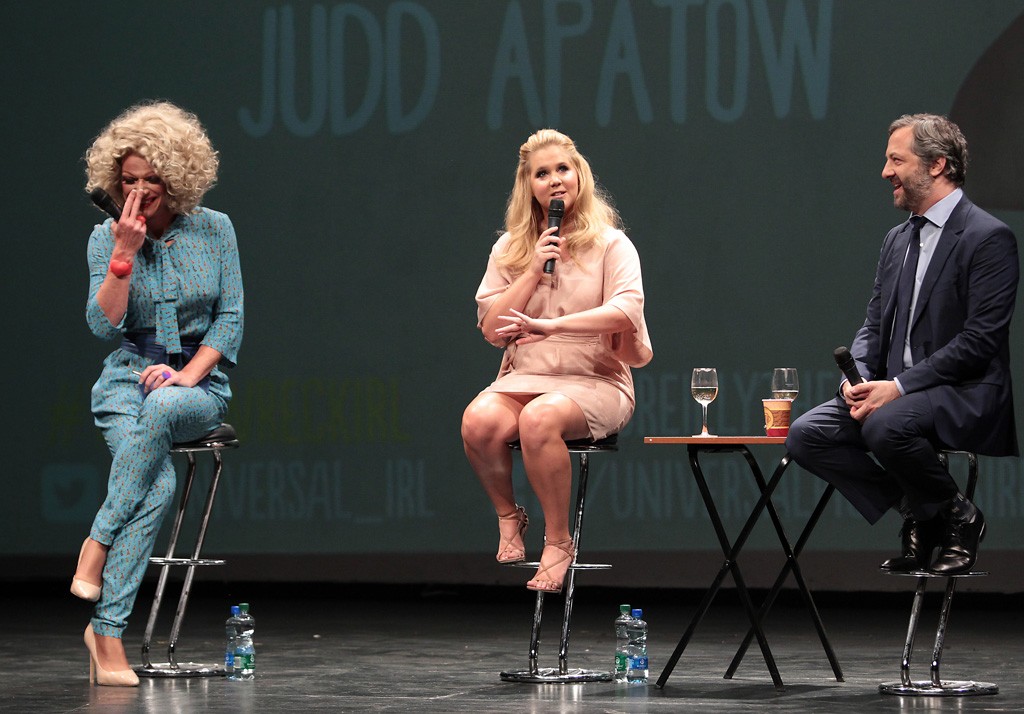 Amy in Dublin at the ‘Trainwreck’ premiere

On her life goals:

?I just want to get the most money I can. Sorry. I want to make women laugh. I want to make them feel beautiful in their own skin. I want to empower them to use their voice and not apologise. And I want a jet.?

?People build people up and then like to rip them down when they experience some success. I think people get upset by success.?I don’t even take it personally. I will not be another one of those comics who gets accused of stealing jokes. That will not be part of my name. I will not take this lying down.?