Belfast-born actress Jenn Murray on earning her place in Hollywood

Starring opposite Michelle Pfeiffer in Disney’s Maleficent: Mistress of Evil, out October 18, Belfast-born, New York-based actress Jenn Murray talks to Meg Walker about being Irish, living in America and earning her keep.

“When I play a character, I want the audience to believe me, and if you know anything about me, it might take away from the story.”

Her Irish roots
“I’m very proud of my Irish identity. Irish people have such a great sense of humour and are so much fun to be around. People are with you when they talk to you, and they’re friendly and open and charming. Since moving to America, I don’t get to come home as often as I like, but I try and visit whenever I can. I love being with my family.”

Her favourite New York spots
“I love Café Lalo on West 83rd Street. Tom Hanks and Meg Ryan filmed a scene for You’ve Got Mail in that coffee shop. I just love Nora Ephron. She was a genius, and romantic comedies like When Harry Met Sally were fantastic. It was about the writing, and the people were interesting. Ephron was exceptionally gifted. In New York, there are stories everywhere. On the basketball court, on the subway… in the architecture. There’s real history in the pavements.”

Fashion
“I love style. I love when people look comfortable on the red carpet; to see the individual within the clothes they’re wearing. I think Keanu Reeves always looks spectacular, and Cate Blanchett wears high-end fashion, but she looks like herself – she’s in her body. I remember Alicia Vikander on the red carpet for The Danish Girl and she always looks relaxed. I really appreciate fashion on someone who is really comfortable in their own skin.”

Watching others on screen
“I recently watched The Art of Self-Defense with Jesse Eisenberg. It was amazing because it was so uncompromising, which was refreshing. It’s not trying to appeal to anybody, it’s just trying to tell a story. I love films from the 1970s – the individuality of the people. I love The River Wild with Meryl Streep and Kevin Bacon, who is one of my favourite actors of all time. He always transforms. And Streep just looks incredible – her skin, her bone structure, her hair, and she’s real. I love actors with unique-looking faces, and they let you see their faces – their faces move. The lines on your face tell your story, and why would you diminish your story?”

Music
“I love Florence and the Machine – I always come back to her voice; she’s like Kate Bush – it just comes from her gut, and her lyrics are so tangible. She really takes you away.”

Filming Brooklyn
“I loved that book. I think those themes are so tangible, but also very urgent; it’s really hard to lose someone you love, and sometimes you have to go other places for opportunity, and you’re torn; you’re worried, are you hurting somebody or are you sacrificing something? Everybody has gone through that or knows someone who’s gone through that, and Colm Tóibín just wrote that so eloquently and made it very accessible. Nick Hornby did such a beautiful job, and Saoirse Ronan was incredible.”

Beauty musts
“Tom Ford lipsticks, Clarins face creams, Lancôme mascara, Le Labo perfume (it lasts forever), and a good coral lipstick – if I had to go with nothing else, I’d grab that.”

If money were no object
“Sarah Jessica Parker spoke about how she once had no money and worked really hard, and then she got a job and it was that moment of triumph after the unknown that built her self-esteem, and she thought, ‘I earned it’. And when I got Maleficent, that’s the feeling I had. I earned this. If someone gave me a lot of money, I’d probably put some away, but I just like the idea of earning something because then you really enjoy it. Although, let’s not lie – I would love a Chanel handbag.”

Maleficent: Mistress of Evil is out October 18. 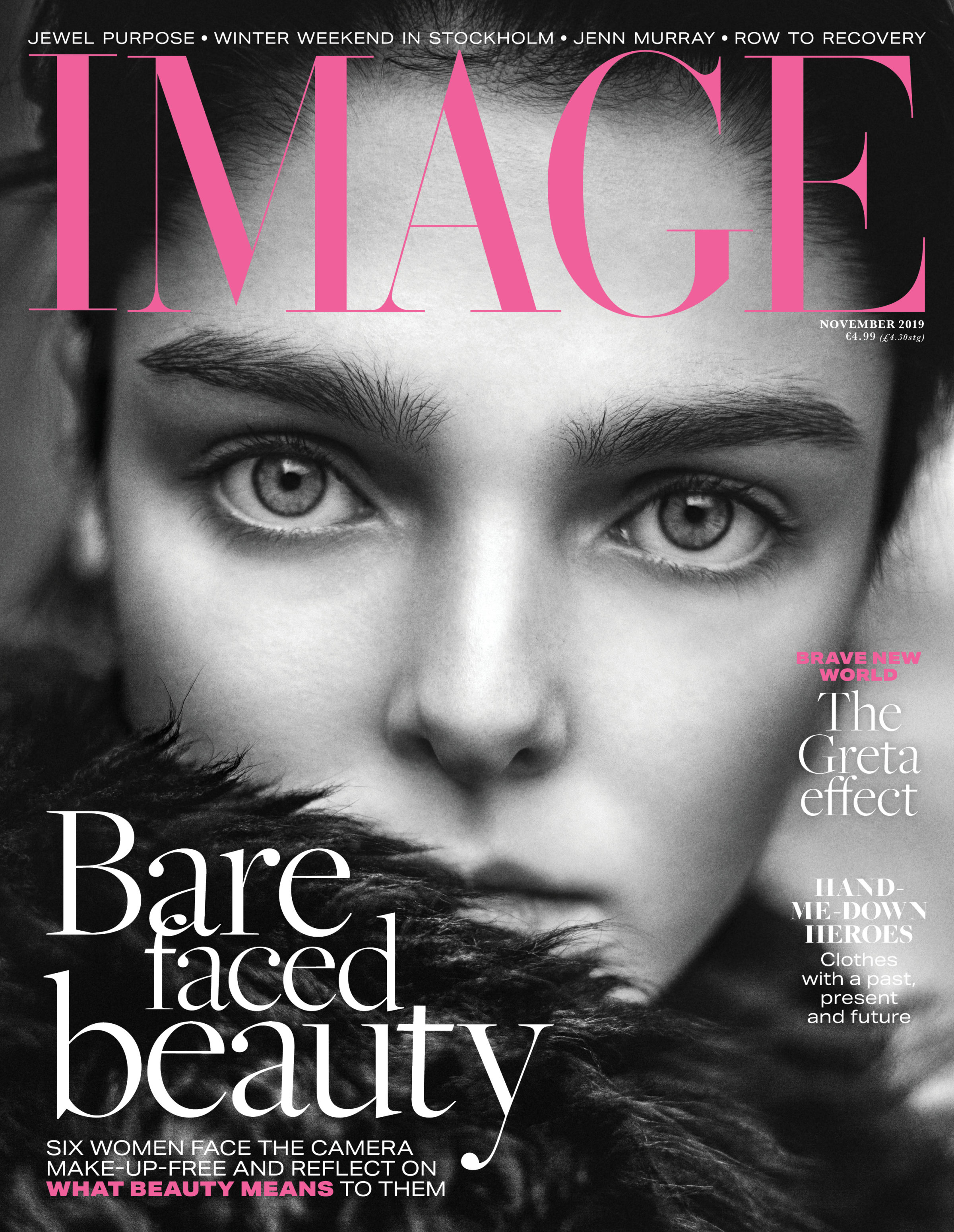 Read the full interview with Jenn Murray in the November issue of IMAGE Magazine, out now.