Ballymaloe House: How it all started and what comes next

Fern Allen is the manager of Ballymaloe House and daughter of the late Myrtle Allen who established a new era of Irish food and raised Ireland’s foodie profile internationally. We spoke to her about the secret sauce to the wider family business.

Based in Midleton, Co Cork, the house and nearby cookery school has been attracting visitors from around the globe and training chefs for both European and North American kitchens for decades.

Under Myrtle Allen, Ballymaloe was one of the first Irish restaurants to achieve a prestigious Michelin star. Fern Allen describes how the business first came about.

“In 1947 my parents bought the house in Cork. Dad was a farmer and he really only bought it for the farm. The house itself was a bit of nuisance – it was big and they didn’t really know what to do with it at first,” explains Fern Allen.

“My father was a very progressive farmer. He was influenced a lot by New Zealand farmers and their more advanced farming methods. Because of this, he’d get a lot of people around Europe coming to see it.

My mother, Myrtle didn’t have a lot of knowledge of how to cook but wanted to feed all the visitors that came to see the farm.  Cooking seemed like a very natural progression for her. My dad produced wonderful ingredients and so, my mother learned how to cook.

One of my loveliest memories is sitting outside the front step of the house podding peas from my dad’s garden that were on the menu that evening.

By 1964, having experimented on my father and us, having read as much as she could and absorbed as much as she needed, she started it. They opened doors to the public, gently at first with a simple ad in the paper. The advertisement said ‘Come dine in a country house’. She didn’t even put the name of the house in case the neighbours thought she was above herself! There was a phone number, people began coming and that’s how it started.”

Fern has fond memories growing up in Ballymaloe and looks forward to the next generation experiencing similar.

“When you are a child you think everyone has a similar childhood. For us, that’s just the way it was. There were always lots of people around. As kids, we got friendly with the guest’s kids so we always had a stream of friends to play with.” 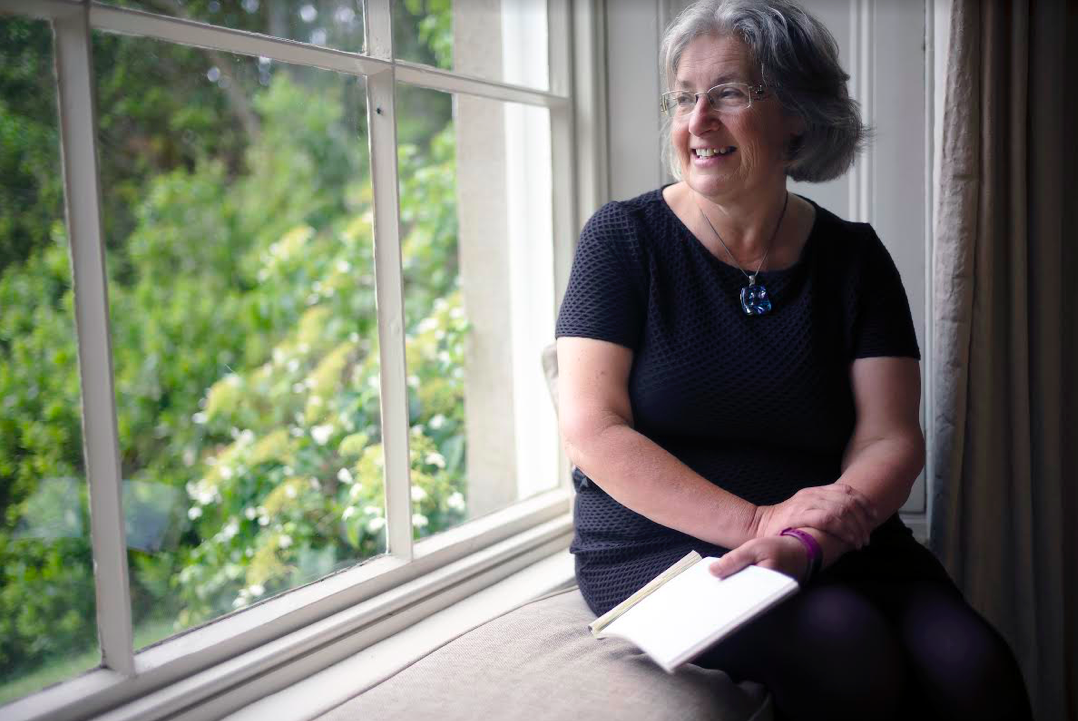 We were given jobs to do. In fact, one of my loveliest memories is sitting outside the front step of the house podding peas from my dad’s garden that were on the menu that evening.”

So how did that progress into the Cookery school and beyond?

After getting really good reviews in the food guides, in 1967 my parents began opening bedrooms. People began taking notice.

Than, Darina, my sister, came to work in the kitchen there.  She knew instantly that she loved cooking and teaching. In 1982, I was in London doing other things with my life and mentioned I’d like to learn to cook. I asked for the cash to attend the prestigious Cordon Blu. No, you’ll come home, said my mother. And that’s how I learned to cook”.

“Darina wanted to expand the lessons. In 1983 she opened the cookery school in nearby Shannagarry. She knew exactly what she was doing, she’d travelled, she was revolutionary. She knew what she was using was good if not better than anything in the world.

Most Irish chefs didn’t have the confidence in our own ingredients. My mother also knew the quality was there, she’d always cooked what she had from farms locally. Everything came in fresh, the fish was off the small boats in Ballycotton, fresh and cooked simply.

At the time, people didn’t think what we had was good enough but she and Darina knew the quality and had confidence. In fact, it is incredible that it has stood the test of time. Now it is THE thing to do – picking wild watercress from the nearby clean streams, buying wild blackberries from pickers at the door.

Nobody was doing that. My mother would go to the strand and pick carrageenan on the rocks and use it in the restaurant before seaweed was ‘in fashion’ like it is now. She had the nerve to do what she knew was right. And that is reflected today across the entire Ballymaloe brand.

Farmers were able to stay on the land and rear their family.

My parents worked up a network around us and I’m proud to say it is still sustaining us today. Local farmers would agree to do carrots or potatoes that year and she’d commit to buying from them. Farmers were able to stay on the land and rear their family.

They knew she’d always give a fair price, she needed them as much as they needed her. To this day we have farmers, sons, and grandsons that still supply us.”

In terms of the challenges of being involved in such an expansive family business, Allen says they tend to be too busy to give it much thought.

“We are all working so hard on a day to day basis. And I’m delighted to say that it seems to show.”

Now manager of Ballymaloe house, Fern Allen is referring to when the business won the Best Small Family Business of the Year at last year’s Energia Family Business Award – an event showcasing the generations of Irish family businesses across Ireland.

“Like any family business,  you are emotionally involved. But you have to remember that primarily it is a business. If we have difficulties we sort them out. To be honest, we all work so hard, it doesn’t leave much time to have rows and problems.

There are a lot of us involved but we all have different jobs – The cookery school, the farm, the Grainstore, the shop and café, the relish. We are all so busy, and although it is all run under the Ballymaloe umbrella, our ultimate goal is to make sure all our customers are happy.

What about the next generation?

“There are lots of grandchildren and great-grandchildren – and the door is always open to them. We are all very connected to it, we have a great affinity to Ballymaloe.

In terms of futureproofing, our goal is to always stay true to quality. We will continue to make absolutely certain that whatever we use is the very best”.